Replacing a modern-day Aston Martin is probably a never easy thing to do, especially when it comes to models like the DB9 whose timeless beauty have helped defined other Astons, as well.

But as the saying goes, the show must go on. And it appears that Gaydon's design team hasn't missed the mark with the all-new DB11, the latest in a long lineage of Aston's core model range.

Although many Thai enthusiasts already had the chance to see the DB11 at the Bangkok motor show earlier this year, one must really view it on the road to appreciate its muscular proportions.

The low and wide stance genuinely helps give the DB11 yet another elegant appearance for a GT sports car. And from the driver's seat, the view of the rear haunches via the sculpted side-view mirrors is certainly artistic. A Bentley Continental may have its fans, but it really can't match the DB11 on the 25 million baht catwalk.

Parked side-by-side, the DB9 suddenly looks bland. At the press launch in Italy last month, design boss Marek Reichmann was keen to point out that the DB11's flowing lines around the car also help for aerodynamics.

The interior theme has also been completely overhauled and doesn't feel like any other car. In the typical fashion of British-designed cars, the DB11 comes with a variety of colours and trim which can also be personalised by buyers.

But when you start to get into the details, not all is a truly satisfying occasion. The bony steering wheel feels more suited for a car that's not a sporty coupe. The new digital instrument panel can be configured in three settings and is highly legible, but the cowl housing doesn't feel sensual to match other areas around the car. Speaking of that, the DB11's electrical architecture is courtesy of Mercedes-Benz under a new technical agreement with the people involved in developing the high-performance AMG-badged cars.

The DB11's column stalk, for one, has been unashamedly nicked from the Germans; the same goes for the touch-sensitive functions on the centre console. And even if Aston stuck to tradition with four separate buttons to operate the automatic gearbox, they aren't really an ergonomic delight.

Like its predecessor, the DB11 sticks to a 2+2 seating matrix. But while there's lots of space for occupants up front, the rear quarters remain terribly cramped and are more suited for puppies -- just like in a Porsche 911 or Jaguar XK, both of which, however, being indirect rivals for the Aston due to their lower competing price points.

Aston may have struck a deal with AMG, but the DB11 gets the brand's own all-new 5.2-litre bi-turbo V12 replacing the 6.0-litre naturally aspirated unit of the DB9 and today's Vanquish. As the numbers obviously reveal, it's an engine-downsizing practice first applied by Aston in combating CO2 emissions.

But while potential buyers of the DB11 are most likely to be unperturbed about saving either trees or gas bills, the most tangible benefit comes in the form of greater usability.

With hefty amounts of torque already available below 2,000rpm, the DB11 moves around far more effortlessly in the real world than the DB9. This also includes the Vanquish and four-door coupe-style Rapide, both of which have lent their eight-speed automatic gearbox to the DB11.

Despite being a torque-convertor transmission, cog-swapping in the DB11 is quick and satisfying. Sure, the twin-clutchers from both Ferrari and Porsche are brilliant. But as a GT sports car, this really shouldn't be a serious issue in the DB11.

Has the DB11 lost the glorious soundtrack of the non-turbo V12? Not at all. In fact, the 5.2-litre power plant still sounds fabulous despite having blowers strapped onto itself.

Like the performance availability the DB11 has to offer, the engine sound comes in layers whereby the driver can peel one off another by consistently applying more pressure on the throttle. Gently prod and the car zips down the Italian motorway with ease and maturity. Go into kick down and more beef and sound come. Into double kick down and the V12 goes into full swing, both in power and music terms.

The calibrations made for the driving mode -- nicely operable via switches on the steering wheel -- are also delicately tailored. Normal is good for cruising, Sport for more instant throttle response and Sport+ for extra aural zest. As well, the steering weight also adjusts accordingly in these modes.

So while the steering may not look cool on the eyes, it works well on both the hands and in corners. The rack turns intuitively and precisely at all times, be it at low or high speeds.

So far so good. But continue elsewhere and the DB11 is in for some criticism dynamically. The brakes are powerful but have a spongy feel that we found it difficult to modulate even after a full day's driving in the countryside of Tuscany.

Then there's the ride. On smooth roads, the chassis feels comfortable. But over less-than-perfect surface and some bumpy bits of the motorway, the ride feels unsettled making the car feel all over the place.

And this doesn't particularly inspire the driver to exploit the 600hp performance even when the roads are empty and cops not around. In this particularly aspect, the DB11 falls short of its rivals' capabilities, be it any below or above 25 million baht.

If such a flaw could be fixed, the DB11 would have been a great grand-tourer to lust for and a formidable descendant to the DB line of sports cars. But we'd already reckon that the DB11's multilayered performance and aural thrills, plus those jaw-dropping looks should be enough to win the hearts of Aston fans. Space up front is aplenty, unlike in the rear, which is more suited for puppies. New bi-turbo V12 is both powerful and tuneful. The DB11 is great to look at on the road especially with its wide and low stance. The DB11 maintains the GT driving style albeit an occasionally unsettled ride.

THE OTHER 12-POT SUPER COUPES 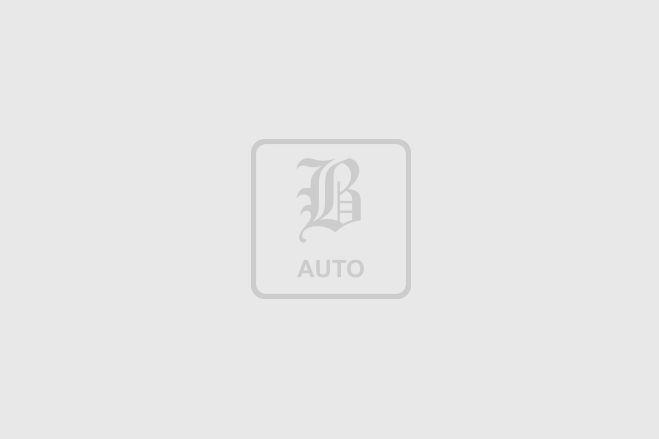