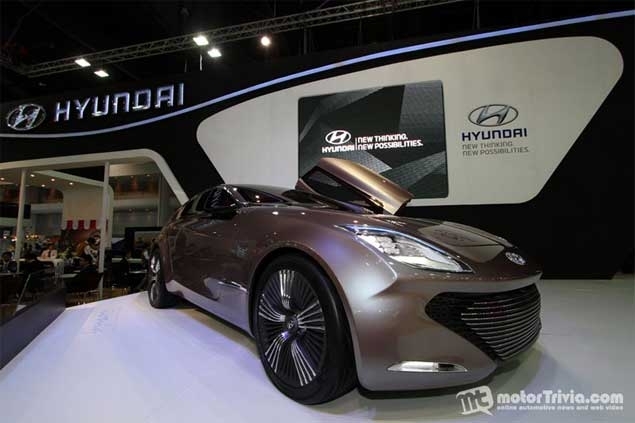 The Hyundai Starex has hit the 2 million baht barrier for the first time. Is it short on perceived quality? Large people-carrying vans usually stay longer on the market in each generation than passenger cars. Which is why, after more than five years, Hyundai has given its 11-seat H1 and 7-seat Starex another update.

Of particular interest, as ever, is the Starex model which has been trying to be a cut-price alternative to the Mercedes-Benz Vito, Toyota Alphard/Vellfire and Volkswagen Caravelle/Multivan.

Exterior tweaks in the Starex include new grille and wheel design, and LED daytime-running lights. Other new features include power-sliding doors, cruise control, automatic climate control and the much-needed all-round view monitor on the dashboard.

Tested here is the VIP model which additionally nets you an "entertainment counter" with a pop-up 22-inch LCD screen, ambient lighting and audio system from Kenwood.

Sure, those aforementioned rivals tend to offer even more features and higher levels of perceived quality. But they all cost in excess of 3 million baht, with some going over four million.

That said, can the Starex now stand a better chance of converting punters from those three alternatives without feeling too cheap-ish?

People-carriers usually can't look cool on the catwalk due to their imperatively boxy packages, so we'll leave the design aspect for you to decide. However, it must be noted that interior ambience looks quite good on the eyes for something derived from a potential fighter for the mass-market Toyota Hiace/Ventury.

Due to the presence of just seven seats, the Starex is huge on interior space. This enables the two captain chairs in the second row to have back and foot rests that can recline and raise accordingly.

Even if the Starex measures more than 5m in overall length, it's still a relatively easy and agile vehicle to steer. Good evidence is the tight turning radius of just 5.6m. Helping out during parking is the rear and all-round view monitor.

Despite being unchanged since its inception, the 175hp 2.5-litre diesel-turbo still pulls like a train and isn't short on power in most driving conditions. In fact, torque-rich diesel works great with vans like these. In the usual van fashion, the ride isn't that absorbent.

If you happen to like that so-called entertainment counter, be prepared for some compromises. Its fitment has taken away some legroom for front occupants, meaning that the console-mounted retractable cupholders are out of commission. It feels very after-market and without any thorough thought in development.

The seats initially feel inviting to sit in. But when you do so, it'll never feel as comfy, body-hugging or tactile as in an Alphard. Unavailable are electric tail gate, front seats and parking brake.

When it comes to aesthetics, the panel dials look utterly bland and old. The cloth curtains look downmarket, too, when compared to see-through blinds of passenger cars.

True, these all drive up costs. But when something exceeds 2 million baht in price, many Thais expect things on the luxury and not mass-market side.

As in the van fashion, the secondary ride isn't absorbent enough on uneven road surfaces and cruising refinement at high speeds isn't that great.

The Starex has always been, and will continue to be, an interesting proposition for people needing a cabin with comfortable seats and easy entry/exit. Why many people would easily consider it over others is its considerably lower prices, even if quality is slightly short.

Actually, the Starex has exactly the right recipe to appeal to potential buyers in Thailand. It just falls short on execution, perhaps due to costs. But, as said earlier, expectations come when wheels go for over 2 million baht. Armchairs are big but not that comfy to sit in. Much-needed all-round view monitor is fitted on the dash. Prices of the Starex have risen by 400k, to over 2 million baht.