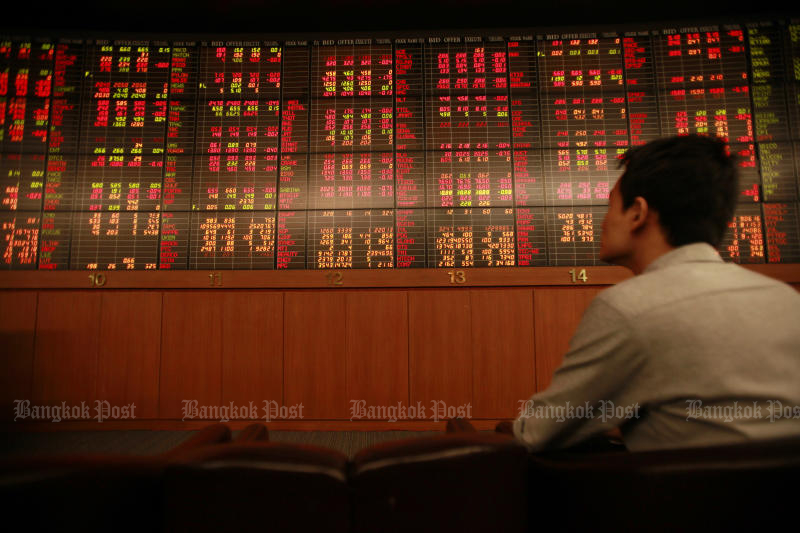 Thai stocks closed lower on Monday, falling most in the Southeast Asia region amid political uncertainty in the country, while Vietnam markets surged as trade resumed after a week-long holiday.

The Election Commission did not approve the nomination of Princess Ubolratana for prime minister by the Thak Raksa Chart Party on Monday, putting an end to the controversial, short-lived candidacy by echoing His Majesty the King's royal command that royalty should be "above politics".

His Majesty's royal command came after market hours on Friday.

Shares of listed companies associated with, or with a legacy tied to, the Shinawatra clan surged considerably last week before TRC announced its prime ministerial candidate.

On the other hand, Vietnam benchmark ended about 1.9% higher as trade resumed after a week-long Lunar New Year holiday.

Gains on the benchmark were largely broad-based, with real estate and financial stocks in the lead.

The index clocked its best session since early-December, and was at a near 8-week high.

Shares of property developer Vingroup gained about 4.3%, while those of Joint Stock Commercial Bank for Foreign Trade of Vietnam ended 2.8% higher.

Other Southeast Asian markets traded in a flat-to-low range as markets adopted a wait and see approach with trade negotiations between the United States and China recommencing from Monday.

Singapore stocks pared early losses to end largely flat. Liu Jinshu, head of research at Tayrona Financial said there was some resistance emerging above the 3,200 level, particularly due to the market being unable to make significant progress above that level on Friday.

Worries over the Chinese economy have cast a shadow over Singapore's prospects, owing to the island nation's large electronic exports to the country.

A US delegation arrived in Beijing on Monday to recommence talks, ahead of the March 1 deadline to reach a trade deal. China is Southeast Asia's largest trading partner, and its trade tiff with the US has exacted a heavy toll on the region.