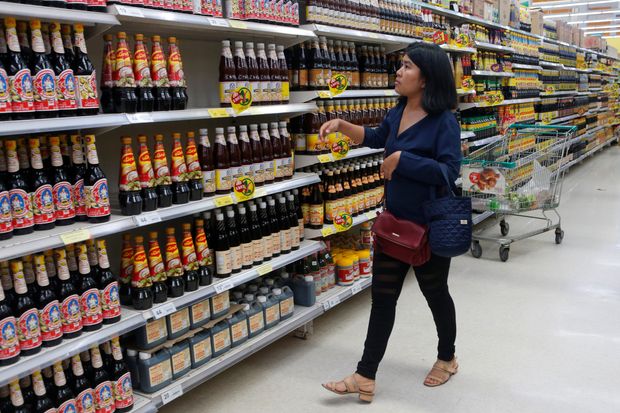 A woman shops at a supermarket inside a department store in central Bangkok on Monday. (Reuters photo)

Headline consumer prices in January rose on an annual basis at their fastest pace in more than two years, driven by higher food and retail oil prices, commerce ministry data showed on Wednesday.

The headline CPI index increased for a 10th straight month in January, up 1.55% from a year earlier after December's 1.13% rise. A Reuters poll of 13 economists had forecast a 1.53% increase in January.

The core inflation rate, which excludes raw food and energy prices, was 0.75% in January, against the poll's 0.77% forecast. State price controls and subsidies plus weak domestic consumption have helped hold down consumer prices.

Bank of Thailand governor Veerathai Santiprabhob told Reuters last week that monetary policy would continue to be "accommodative", given that economic recovery remains fragile and in the face of external volatility.

The central bank has predicted headline inflation, which guides monetary policy, will be 1.5% in 2017, well inside its target range of 1-4%.

The central bank has kept its policy interest rate at 1.5%, near a record low, since a 25-basis-point cut in April 2015. It next reviews monetary policy on Feb 8, when no change is expected.