A revamped personal income tax structure aimed at increasing disposable incomes for taxpayers has officially come into effect since Jan 1 this year, according to the Revenue Department.

The amendment to the Tax Code, published in the Royal Gazette on Jan 27, applies to incomes received from Jan 1, 2017 to be filed in 2018, director-general Somchai Saengratmaneedet said on Monday.

Deductions are double what was allowed earlier.

Filing is now required for those being paid more than 120,000 baht a year or 60,000 baht for incomes other than salaries and wages, or the mix of both. 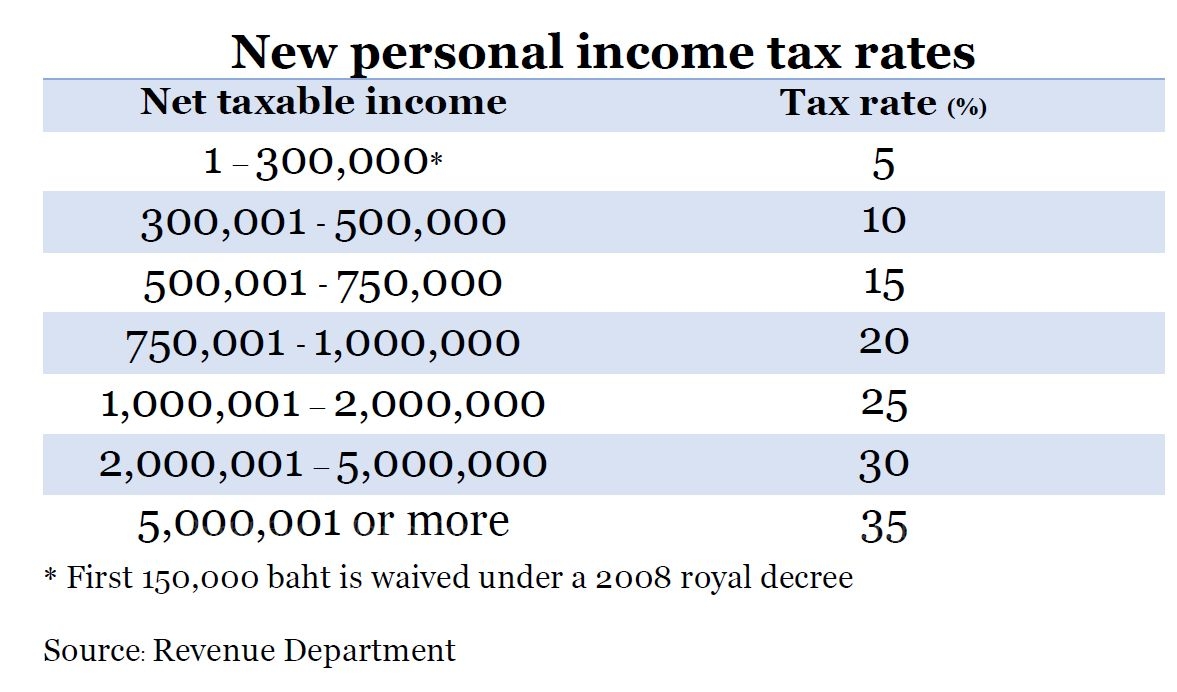