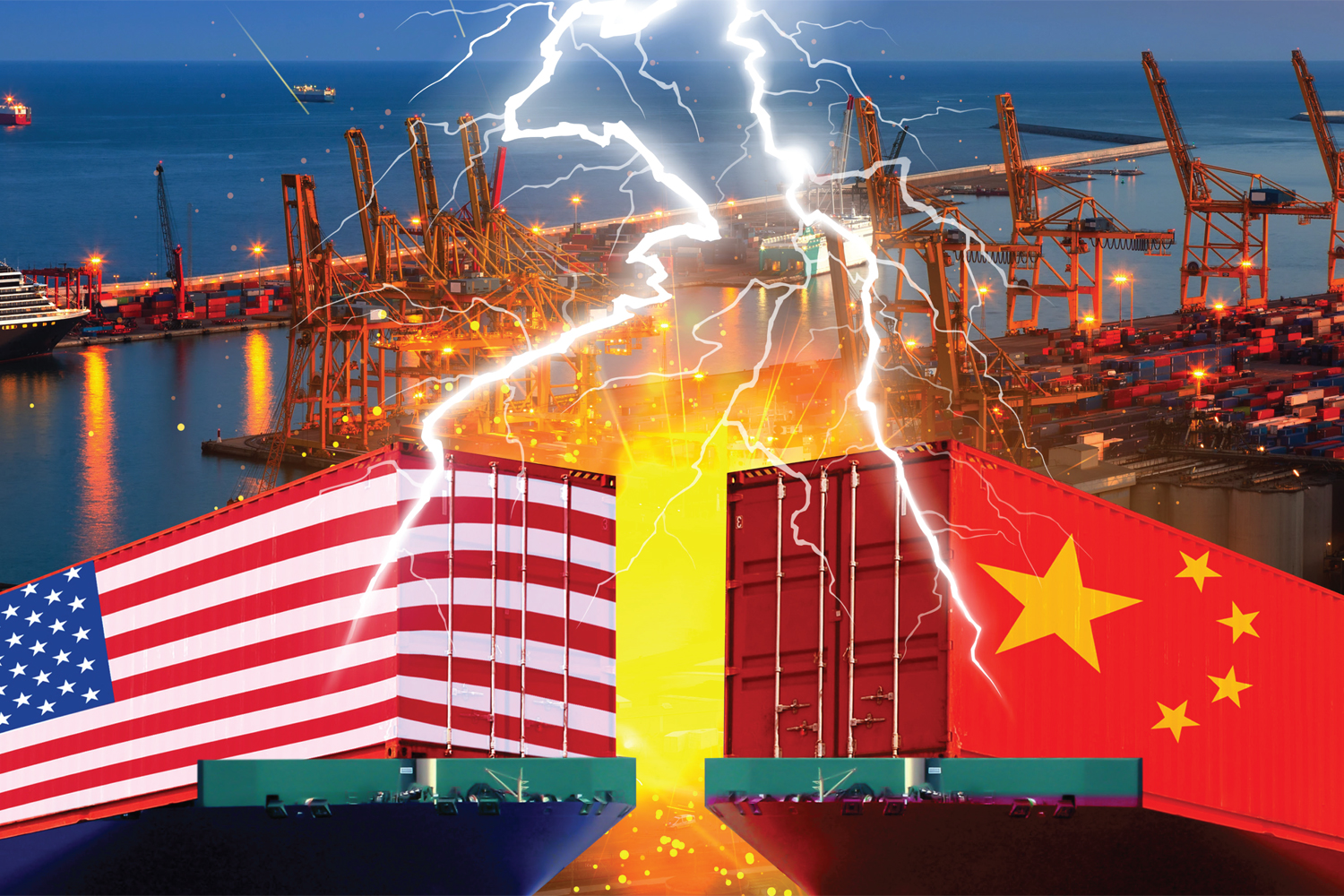 Standing between the shoulders of two giants, Thailand has been one of the casualties of brewing trade tensions between China and the US, with tangible effects already manifesting through disappointing export performance.

US President Donald Trump has said he will meet Chinese President Xi Jinping at the G20 meeting June 28-29. While most are hoping for a positive outcome, manufacturers and consumers in both the US and China have been adversely impacted by rising costs.

As Southeast Asia's second-largest economy, Thailand is reeling from the escalating trade war, with an immediate impact seen on electronics, motor vehicles, textiles, rubber and plastics.

"In the short to medium term, Thailand will likely be hurt by the direct import tax on several products and by the indirect impact on intermediate goods that are linked to the US-China supply chain," Kasikorn Research Center said in a note.

Mr Trump's approach to a zero-sum game targeted at China's trade surplus with the US not only acts as a nuisance for global trade, but also a hindrance for export-oriented countries.

The Commerce Ministry reported that customs-cleared exports fell 4.9% year-on-year in March after a 5.9% rise in February and January's contraction of 5.7%.

For the first quarter of 2019, exports registered a contraction of 1.6% from the same period last year.

Exports of Thai products that are part of China's supply chain targeted for export to the US continue to be undermined by the US's tariff increments, said Thanapol Srithanpong, senior economist at Siam Commercial Bank's Economic Intelligence Center (EIC).

Exports of key products to China include computer parts and components, electronic integrated circuits, wood products and chemical products. Shipments of these products continued dropping in March, with a significant contraction of 45.2% year-on-year for electronic integrated circuits and a 37.6% decline for computer parts and components, according to the EIC.

"We believe that the baht should weaken to 32 against the US dollar in order to remain competitive next to regional peers, but it is not likely to weaken much further amid weak global economic conditions worldwide," said Poranee Thongyen, senior executive vice-president of Asia Plus Securities (ASP).

All Asian currencies have recently depreciated as a result of the latest hikes in tariffs, with the baht marking a year-to-date average of 31.70 against the greenback, according to ASP.

Thailand could gain from a US-China trade war in the long run as trade and investment diverts to Thailand.

"As the two countries slap heavy tariffs on certain goods, there could be opportunities for Thailand to export them -- computer parts to the US and farm products to China," said Kirida Bhaopichitr, research director for international economics and development policy at the Thailand Development Research Institute. "Thailand and other Southeast Asian countries could also gain from investment relocating from China for products that are targeted by the US. In addition, US companies whose products in China are discouraged would be looking to relocate to the region as well."

Despite a fresh round of tariff hikes by the US on Chinese goods and vice versa, a group of Thai shippers still anticipates 3% growth in Thailand's exports this year.

Ghanyapad Tantipipatpong, chairwoman of the Thai National Shippers' Council, said the group is certain that Thai export products, especially in food, have promising prospects for the remaining months of 2019.

Agricultural products such as poultry, rice and tapioca are expected to recover from last year's levels, she said.

"The government should rev up free trade talks with the EU and other countries that are high-potential markets, such as South Asian nations," Ms Ghanyapad said. "In addition, the government should look into trade promotion in new markets such as Africa, the Middle East and second-tier cities in China and India."

The council is scheduled to hold a joint meeting with the Commerce Ministry on May 31 to evaluate the current situation and discuss trade promotion plans.

According to Ms Ghanyapad, Chinese goods will become more expensive in the US market, presenting an opportunity for Thailand to substitute products to the US.

Kalin Sarasin, chairman of the Thai Chamber of Commerce, said that as far as the chamber has evaluated, higher tariffs by the US and China will benefit rather than harm Thai exports.

Although the US-China trade row may cause a slowdown for the world economy, the impact on the economy is unlikely to be severe, Mr Kalin said.

"Thailand may see a rise in foreign direct investment from an anticipated relocation of production bases from China, the US and Europe," he said, adding that the government should update regulations considered obstacles to doing business, with further progress on e-government services to reduce red tape and increase transparency. 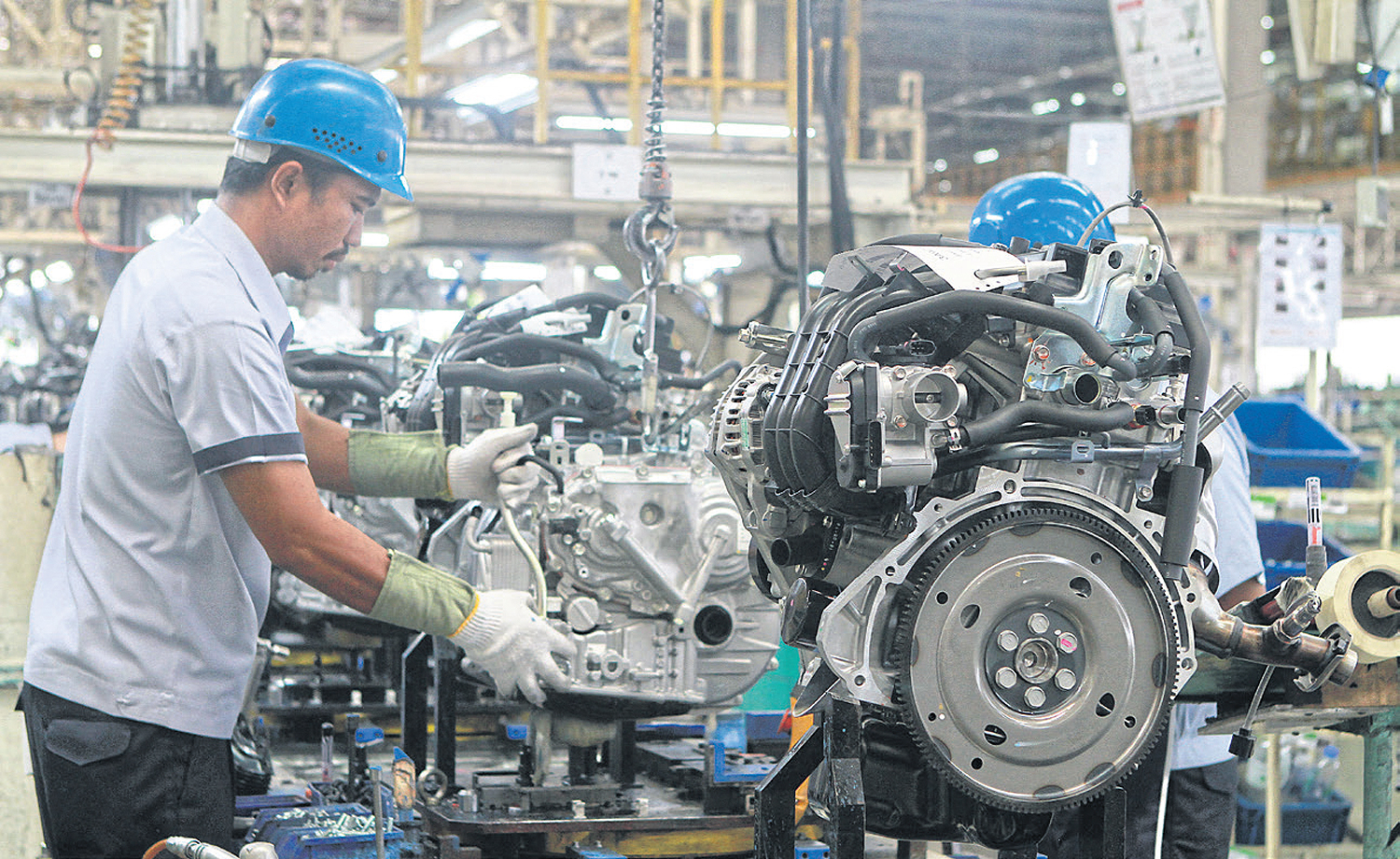 Auto parts exports have been affected by the trade war. SOMCHAI POOMLARD

Based on a discussion with the Joint Foreign Chambers of Commerce in Thailand last week, investors are waiting for the new government to form before deciding on new investments, Mr Kalin said.

Chutima Bunyapraphasara, the acting commerce minister, said the Commerce Ministry is scheduled to call a meeting of the directors of Thai Trade Center offices worldwide at the end of this month to evaluate the international trade situation and discuss plans to stimulate exports in the second half of the year.

She said the International Trade Promotion Department under the ministry is beefing up export promotions in secondary markets, including India and the Middle East.

With a large automotive industry, Thailand stands to lose a lot if external demand for vehicles and auto parts dwindles drastically.

Surapong Paisitpatanapong, a spokesman for the automotive industry club at the Federation of Thai Industries (FTI), said the club is closely monitoring negative momentum from the trade war, which is poised to put pressure on Thailand's automotive sector directly and indirectly.

According to the Commerce Ministry, overall exports of cars and parts in 2018 to the US stood at $915 million, up by 15.7% year-on-year and contributing to 3.16% of shipments in the category.

Exports of cars and parts to China last year totalled $965.82 million, up 17.2% year-on-year and accounting for 3.2% of this shipment category.

Based on these figures, Mr Surapong said last year's export performance was healthy despite the trade war, particularly for Thai-made auto parts.

"In terms of Thai-made completely built-up units shipped to the two countries, Thailand makes a small volume of cars, so this is not worrisome for the Thai vehicle manufacturing sector," he said.

Thailand has been exporting auto parts to the two quarrelling countries for the past several years.

The club's concern is that some Thai components equip made-in-China vehicles shipped to the US, meaning new parts orders after higher tariff implementation will shrink, in what would be a domino effect for the global auto supply chain, Mr Surapong said.

FTI chairman Supant Mongkolsuthree said Thai business operators are worried about the escalating trade war because both countries have imposed higher import tariffs on one another, leaving the overall global economy to suffer from brewing tensions.

"We are closely monitoring Thai exports and witnessing the impact on a list of items," Mr Supant said. "The country's exports contribute roughly 70% of Thai GDP, and the trade war has been the main cause of Thai exporters' suffering for over a year."

In the private sector, the Thai export growth forecast has been slashed to 2.5-3% this year, marking a second downgrade for 2019.

The first downgrade was made in April to 3-5%, with the blame pointed at political uncertainty after the March 24 general election.