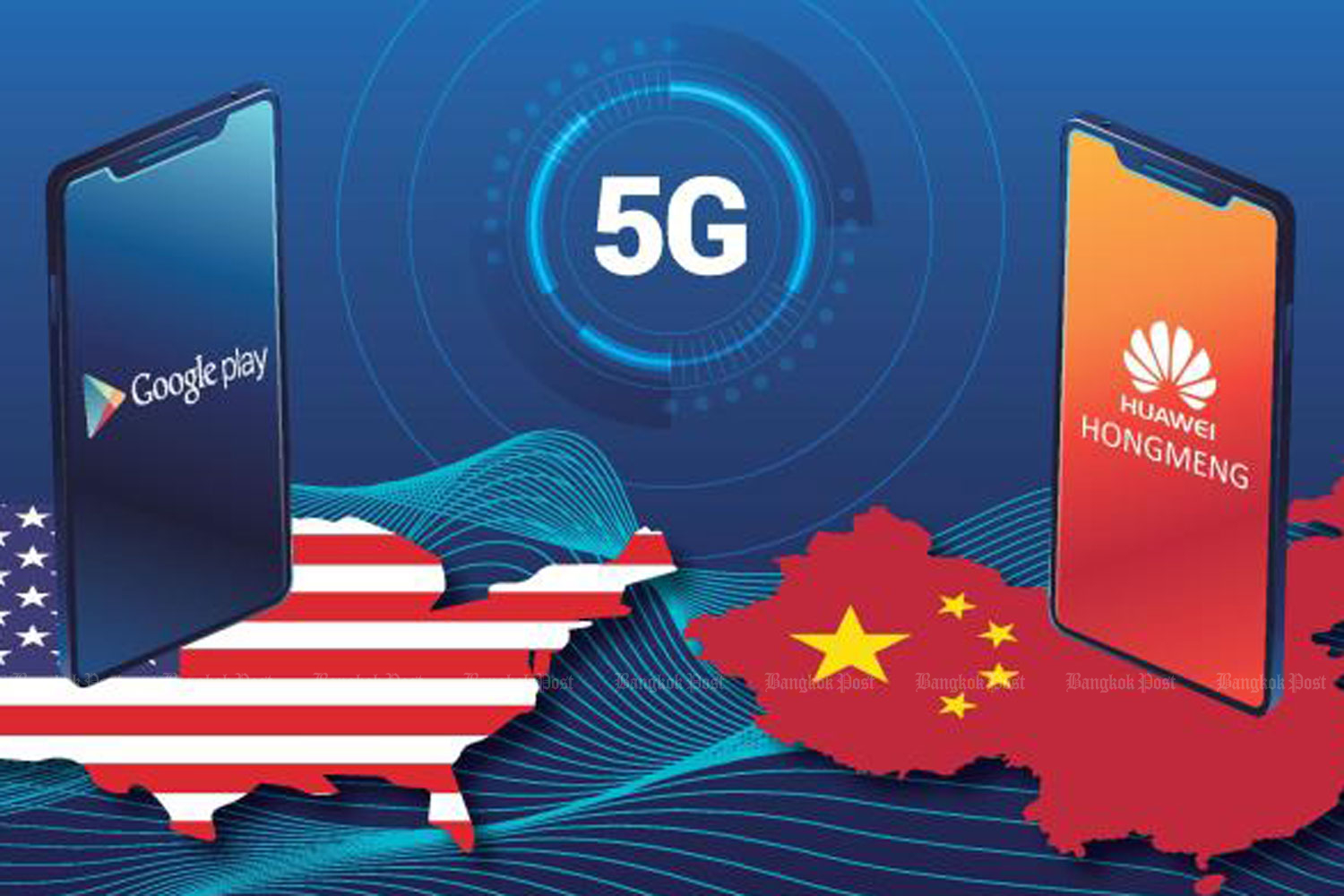 Supot Tiarawut, secretary and director of the Telecommunication Association of Thailand (TCT), said a US Commerce Department official and his team asked the TCT to provide updates on telecom sector developments and 5G preparation in the country.

The official was interested in encouraging US-based tech solution SMEs to expand their investment in the country.

The TCT told the US representative that Thailand is trialling 5G in the 5G testbed in two categories, one under the Digital Economy and Society (DE) Ministry in the Eastern Economic Corridor and another at Chulalongkorn University's testbed centre, hosted by the telecom regulator.

The TCT has several members from US-based firms, including Intel, Qualcomm and Cisco, some of whom have been TCT directors.

Mr Supot said the TCT welcomes the US Commerce Department's cooperation with the association by sending speakers to the TCT's academic seminars on telecom tech in the future.

At the meeting, the US Commerce Department was also made aware of the NBTC's "neutral policy" on accepting investment and technology from all global telecom vendors, even in light of the ongoing trade dispute between the US and China.

A source in the telecom industry said the US Commerce Department's latest move was inevitably seen as an effort to strengthen business relations for US-based tech firms in Thailand, a regional centre for mobile business, as 5G tech adoption approaches.

This comes at a time when trade tensions, particularly over Huawei, have been particularly vicious. The US government has banned US companies from selling supplies to Huawei, leading Google to revoke Huawei's Android operating system licence on all Huawei smartphones.

Despite US efforts to dissuade allies from using Huawei technology in their telecom infrastructure out of security concerns, Thailand and many other countries have ignored the request and wholly embraced the Chinese firm's foreign investment.

The same source said US telecom firms are mainly operating through digital platforms, applications and solutions, not telecom network infrastructure.

In the past, the US's most prolific multinational telecom equipment firm was Lucent Technologies. Lucent merged with France's Alcatel SA in a merger of equals on Dec 1, 2006, forming Alcatel-Lucent. Alcatel-Lucent was absorbed by Nokia in January 2016.

"There is no pure US-based firm operating a telecom network in the global market, with Huawei's major rivals in 5G development being Ericsson and Nokia," the source said.

US companies like Qualcomm, Motorola and Lucent used to be dominant players in developing Thailand's telecom infrastructure, but pricing pressure (and perhaps some burdensome domestic regulations) pushed these companies out of the market, giving the edge to Huawei and Sweden-based Ericsson.

US firms still have a stake in the 5G future of Thailand and Southeast Asia, as tech giants like Google, Amazon and Apple are still leaders in digital innovation and will be developing applications and devices, as well as offering cloud services on the 5G network.