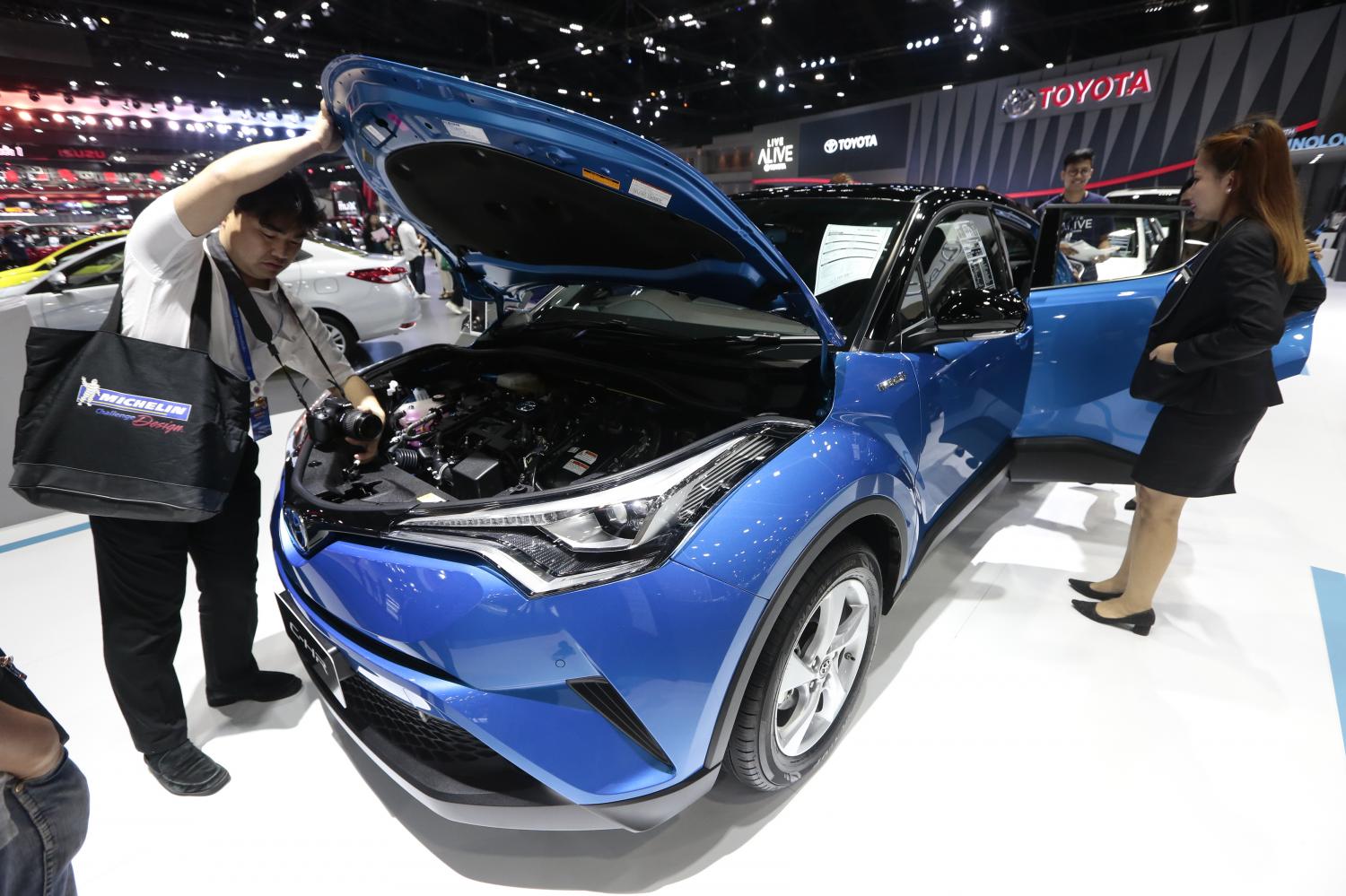 Toyota says the Thai market will suffer from loan inspections and the trade war, but maintains a sales projection of 1 million units in 2019. Patipat Janthong

Toyota Motor Thailand forecasts the country's car market in the second half will suffer from uncertainty, but the manufacturer has yet to cut its 2019 market projection of 1 million units sold.

According to Toyota, overall car sales in the first half stood at 523,770 units, up by 7.1% from the same period last year.

"Difficulties for the Thai market include the GDP growth downgrade from many research houses, auto loan inspections from the central bank and the simmering US-China trade war," said Michinobu Sugata, president for Toyota Motor Thailand.

"Toyota is not lowering its total market projection of 1 million units sold in 2019 because this estimation is based on Thailand's economic fundamentals."

Some 1.04 million cars were sold in the Thai market last year.

Mr Sugata said the central bank's plan to inspect local auto loans could hurt sentiment in the car market, affecting buyers psychologically, while the trade war is expected to continue to impact Thailand in the near future.

"The growth came from positive feedback to new models from late 2018 to the end of June, covering pickups, passenger cars, eco-cars and vans," said Mr Sugata.

As a result, Toyota reduced its export target for 2019 to 270,000 units, a 8% drop because of ongoing difficulties in Central and South America and Oceania.

"Toyota is committed to meeting the expected export volumes. Sentiment in the Middle East seems to be recovering from rising global oil prices, so shipments to that region during the remaining months could offset downturns in other regions," he said.