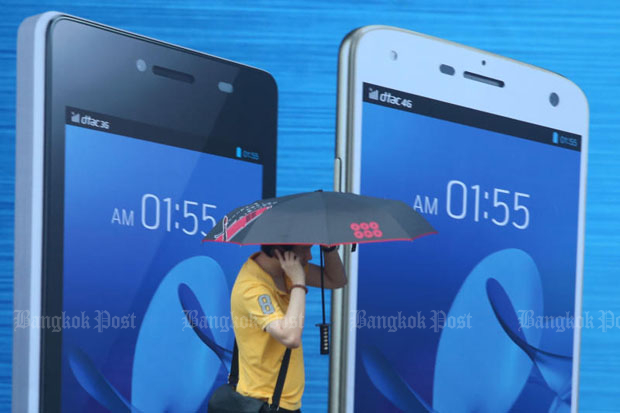 The board of the National Broadcasting and Telecommunications Commission (NBTC) on Wednesday resolved not to allow any leeway for mobile phone subscribers using the expiring 850-megahertz spectrum concession of Total Access Communication Plc (Dtac).

Six of the seven members of the NBTC board took part in the meeting on Wednesday morning. Four voted against offering any redress. The two others, Prawit Leesathapornwongsa and Thawatchai Jittrapanun, were in favour of allowing Dtac extra time.

NBTC vice chairman Natee Sukolrat was absent from the board meeting.

On Tuesday Dtac filed a complaint with the Administrative Court accusing the NBTC of failing to protect its mobile phone customers. The regulator plans to end all services using the 850MHz spectrum, mostly 2G phones. The court's decision is pending.

Dtac's contract will expire on Saturday night, when its 27-year concession to use the spectrum ends.

The country's third largest mobile phone operator, Dtac argued that the NBTC allowed other operators to maintain mobile phone services for their customers after their concessions ran out, pending the selection of new spectrum licensees.

About 346,000 mobile phone customers use Dtac's 850MHz spectrum network. Without any relief from the NBTC, their phones will be disconnected from the nationwide phone service on Saturday.

In addition to customers directly using 850MHz facilities, Dtac said earlier that about one million other customers would also be affected because the roaming system on their phones depended on the 850MHz spectrum.