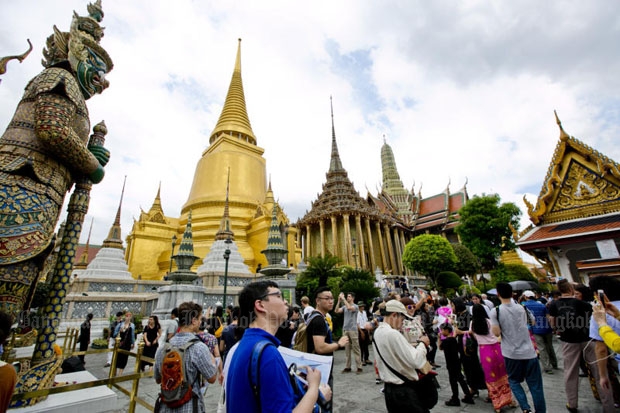 The cabinet on Tuesday extended by six months to August free visas at Thai consulates and embassies and discounts on visas on arrival for visitors from 21 countries.

The Tourism and Sports Ministry proposed the extension to attract foreign tourists as the measure earlier set for three months from early December to Feb 28 raised the number of tourist arrivals by 12.4%, said government spokesman Sansern Kaewkamnerd.

Under the measure, visa fees are waived at Thai consulates and embassies and the visa-on-arrival fee is halved to 1,000 baht.

Concerned authorities would find a solution to compensate the Foreign Ministry which would lose about 7.5 billion baht from normal visa fees in the six-month period, Lt Gen Sansern said.

The visa scheme was initiated to offset a sharp drop of Chinese tourists following the government's zero-dollar crackdown in late September last year.