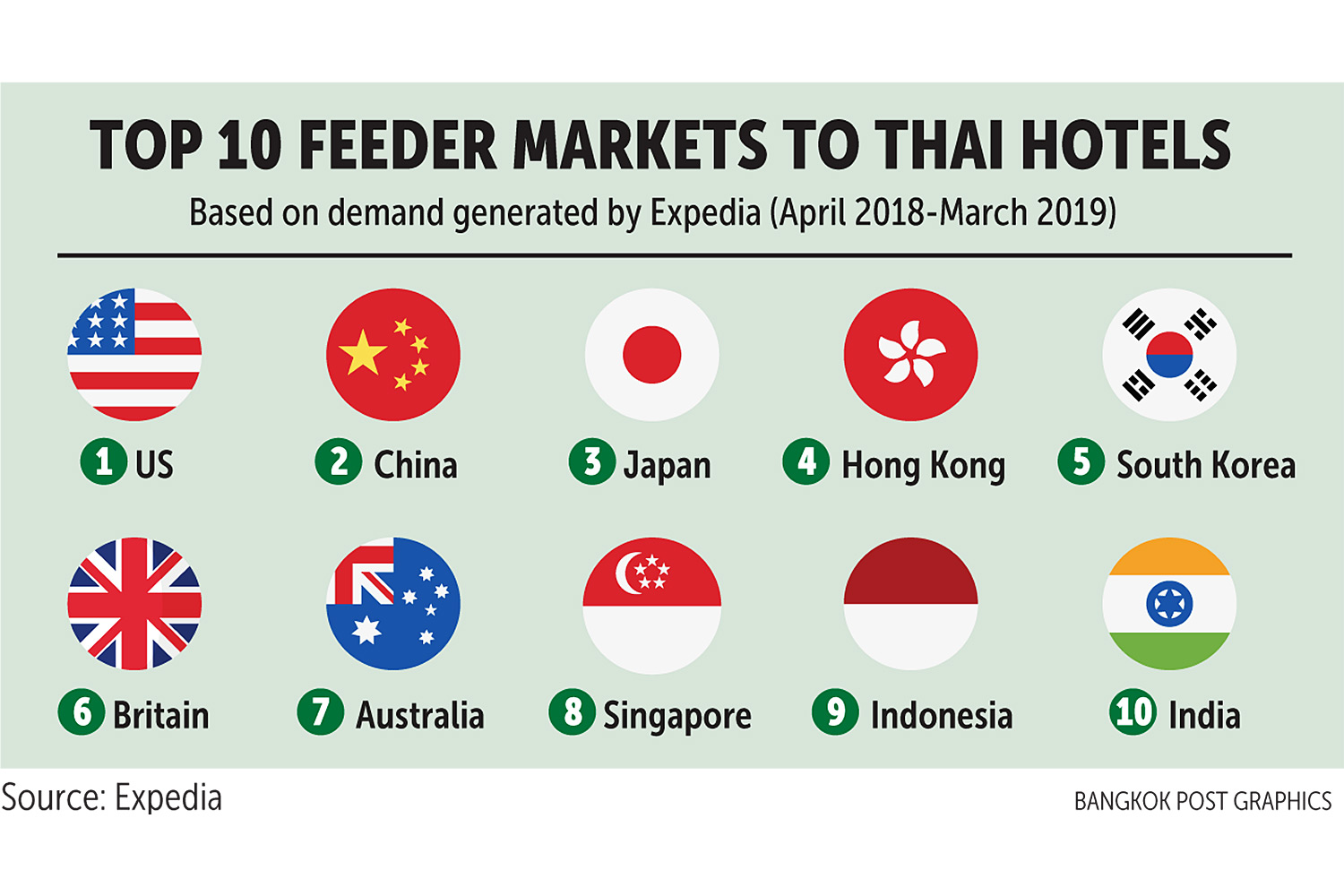 The US is still the largest feeder market to Thai hotels, while China has surpassed Japan, Hong Kong and South Korea for second place, according to a report by Expedia Group.

Demand for hotels from Americans has grown by 20% year-on-year.

Another rising country is India, which breached the top 10 list of feeders to Thai hotels this year.

In terms of popular destinations, Bangkok, Phuket and Pattaya are still the most visited cities among Chinese and Indian travellers.

Expedia's research found that the United Arab Emirates, Israel and South Africa were emerging high-value markets for hotels. Travellers from these markets typically spend 15% more on accommodation and stay one day longer than the average for international tourists.

Some 70% of total bookings made by these nationalities were in four-star and five-star hotels.

The data revealed China as the fastest-growing market for travel packages, with demand soaring 200% year-on-year. Nearly a third of international package bookings were made by Chinese.

India is the second fastest-growing market with package demand up 160% year-on-year.