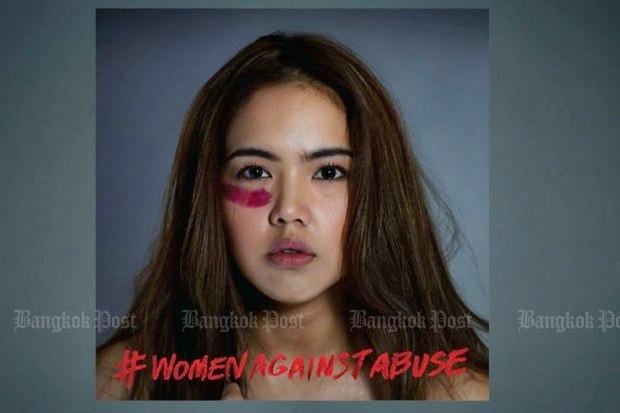 The Women and Men Progressive Movement Foundation, which conducted the poll on womanising with ThaiHealth, is a victims group which runs promotion videos such as this one: Women against Abuse, on YouTube.

More than 70% of young Thai men have multiple secret sexual relationships with women while almost half of them commit violence against their spouses, a survey has found.

7 of 10 Thai men say they are womanisers

More than 70% of young Thai men have multiple secret sexual relationships with women while almost half of them commit violence against their spouses, a survey has found.

The survey conducted by the Women and Men Progressive Movement Foundation and the Thai Health Promotion Foundation (ThaiHealth) was carried out among 1,617 men aged between 20-35 in Bangkok and selected provinces.

According to the findings, almost 72% of respondents admitted to having many secret sexual partners. About 57% were prone to throwing objects when angry and 69% went out on drinking sessions, said Usuma Ketthahak, a gender equality staff member of the foundation.

About 45% admitted to physically hurting their spouses or girlfriends when they were drunk while about 42% said that when intoxicated they forced their partners to have sex with them. Many believed women were solely responsible for avoiding pregnancy.

"One in every four men believe that 'real' men flirt and drink. About 14% say they turn violent because they get jealous. Some also believe it would be silly not to make sexual advances when they get a chance," Ms Usuma said.

Meanwhile, about 13% of the respondents preferred not to get involved if they witnessed a case of abuse or domestic violence. The remainder said they might take video clips, go to the police or intervene.

One-third of the respondents believed that married women were "owned" by their husbands and they must be responsible for household work and take care of the family.

Ms Usuma said the findings indicated men had misguided attitudes toward women that need to be corrected, adding the Education Ministry should incorporate in the curriculum domestic violence and gender equality issues.

She also called on authorities to take the issue seriously and target men with domestic awareness campaigns.

The survey results were released Monday to mark Friday's International Day for the Elimination of Violence against Women. This year's "Man Can Stop Violence" theme is set to raise public awareness to solve the problem.

The survey reflects certain stereotypes of Thai men. A survey by Durex in 2012 found Thai men to be the most unfaithful lovers in the world with 54% of respondents admitting to having affairs, followed by South Korea at 34% and Malaysia 33%.