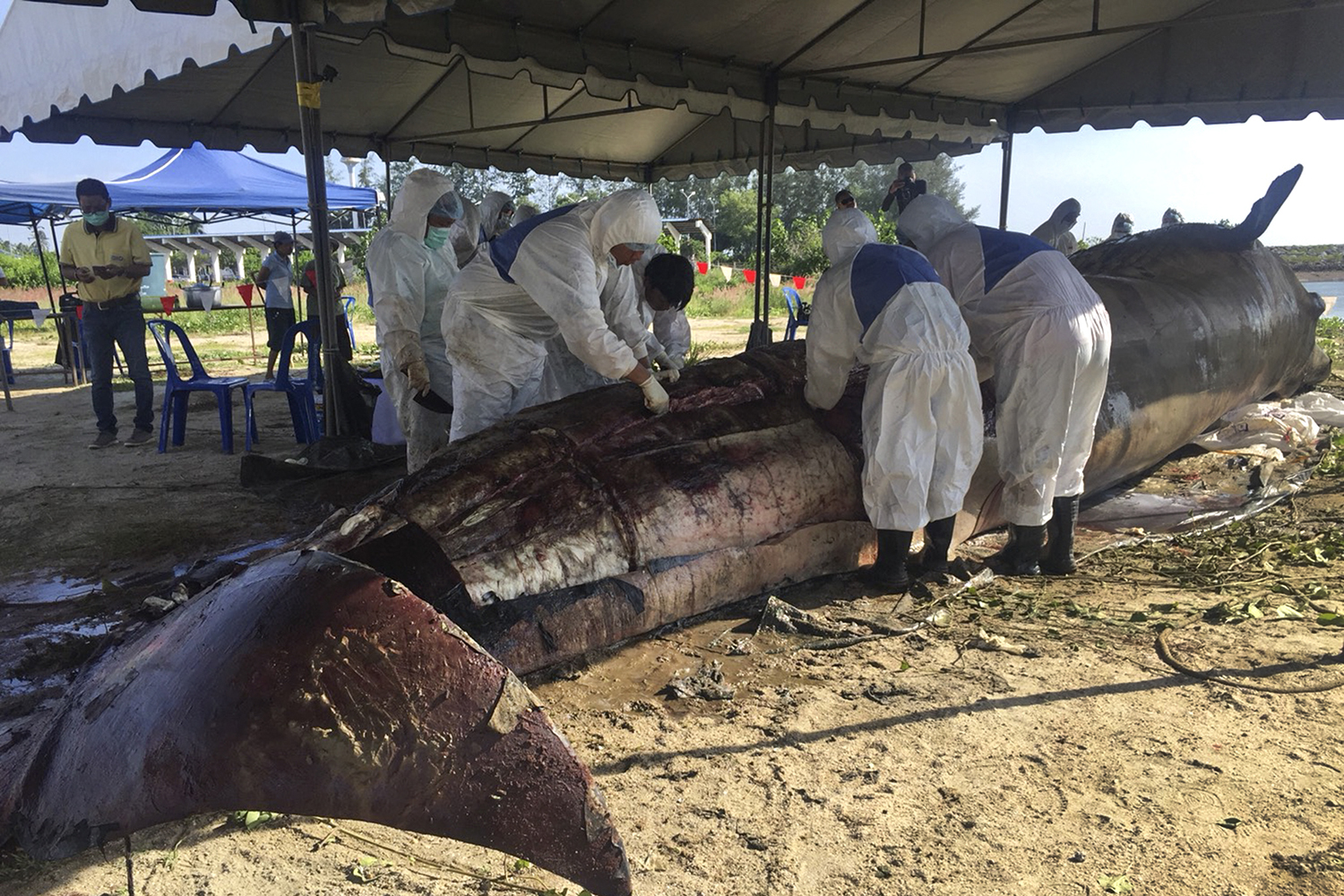 Veterinarians conduct an autopsy on a dead Bryde’s whale on Suan Son beach in Tha Chana district of Surat Thani on Friday. (Photo by Supapong Chaolan)

SURAT THANI: An autopsy has been conducted on a 10-tonne Bryde’s whale to try to find out the cause of its death off the coast of Chumphon province.

Veterinarians from the Marine and Coastal Resources Research and Development Centre began examining the mammal after it was towed to Suan Son beach in Tha Chana district of Surat Thani on Thursday.

A 10-tonne Bryde's whale is found dead at sea on Thursday. (Video from the Marine and Coastal Resources Department)

The whale was found floating dead at sea by a fishing boat on Thursday. It was 10 years old, 10.80 metres long and weighed 10 tonnes, according to the Marine and Coastal Resources Department. It was one of the biggest ever seen in the country, where about 60 Bryde’s whale sightings have been recorded.

Veterinarian Watchara Sakornwimol said on Friday there were three possible reasons for its death. The animal might have been ill and subsequently struck some rocks, it could have become trapped by fishing nets, or it might have been struck by a trawler.

Ms Watchara said officials are checking whether the whale had been tagged and registered with the department.

The whale is towed to Suan Son beach in Tha Chan district of Surat Thani. (Video from the Marine and Coastal Resources Department)

Chamlaeng Suwannawong, a fisherman in Tha Chana, said he was shocked to see the whale at this size dead. “It was a great loss,” he said, adding that he hoped the carcass would be preserved for future generations to study.

Department director-general Jatuporn Buruspat said officials were seeking more information from fishermen, tour operators and tourists about the whale. He said that a mammal of this size and age would not normally die of natural causes.

Bryde’s whales (pronounced “Brood-es”) are found in every ocean of the world. However, as they prefer waters of 16C or warmer, they limit their travel to tropical, subtropical and warm temperate waters.