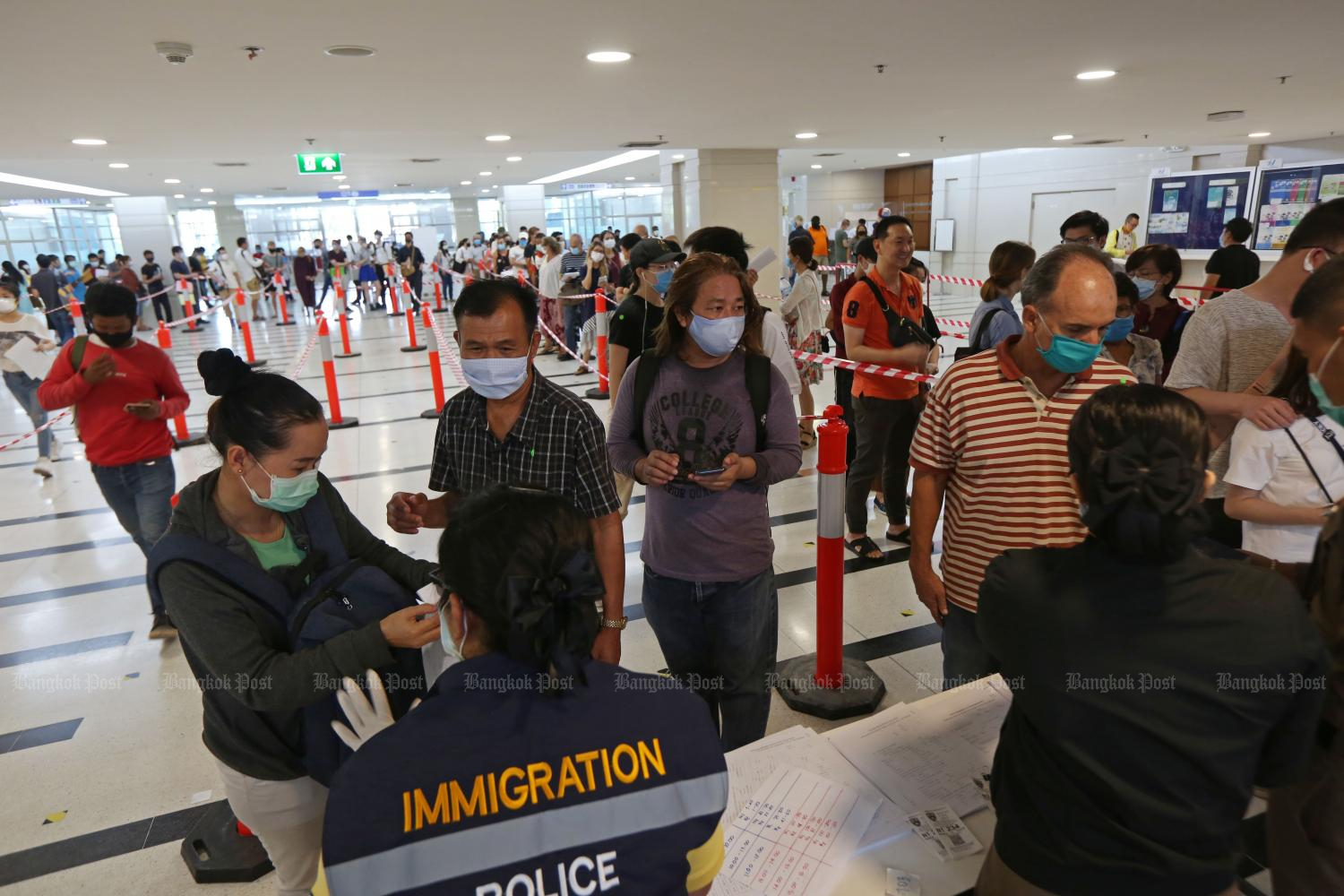 The Immigration Bureau (IB) plans to seek cabinet approval for new measures for three different categories of foreigners in Thailand affected by the Covid-19 crisis.

The proposal will be given to the cabinet for approval this week, said Pol Lt Gen Sompong Chingduang, chief of the IB.

Prime Minister Prayut Chan-o-cha had expressed concerns about foreigners who have been left stranded in Thailand after many airlines stopped operating and countries imposed lockdowns, said Pol Lt Gen Sompong.

There are three groups: Foreigners with resident visas who normally live in Thailand but cannot return to Thailand due to the Covid-19 crisis; foreign tourists who are unable to leave Thailand due to the crisis; and visitors from neighbouring countries who hold a temporary border pass and got stuck in Thailand after the borders were shut, he said.

Foreigners in the first group are normally required to return to Thailand within a year of leaving and since they might not be able to re-enter the country in time, the IB will propose extending their compulsory return deadline until after the pandemic subsides, he said.

For foreign tourists in the second group who reported to immigration for a 30-day extension after their visas expired on March 26 or thereafter, their visas will be automatically renewed every 30 days until the pandemic subsides.

"Under the government's social distancing policy, these tourists will no longer have to visit the immigration bureau and risk contracting the virus in a crowd," he said.

This proposed measure, however, won't apply to those foreigners who are working and/or have a family in Thailand. They will still be required to report to immigration authorities regularly, he said.

For visitors from neighbouring countries in the third group, they will be allowed to stay in Thailand until the borders are re-opened, said Pol Lt Gen Sompong, adding they will be required to leave Thailand within seven days after the borders reopen.

Other foreigners who are now in Thailand but aren't covered in the above three groups should stick to the usual laws, he said.