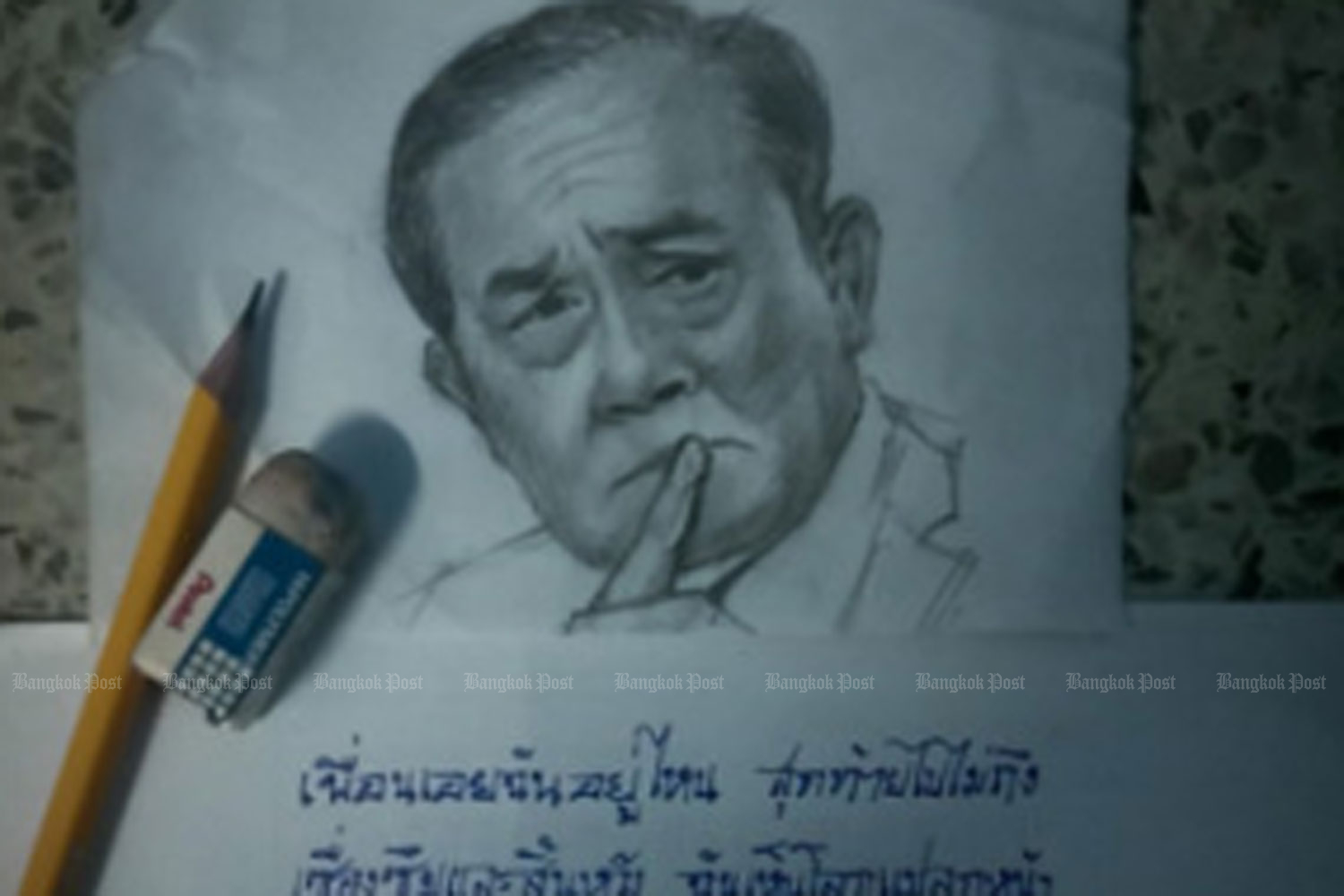 A young security guard hanged herself after posting a drawing of Prime Minister Prayut Chan-o-cha online and complaining about life under his regime.

The suicide of Plaifon Amsarika, 19, a security guard in Bangkok, drew much public attention.

The young woman ended her life after posting online a pencil sketch she made of Prayut along with a message complaining about the hardship she faced and describing the prime minister as "heartless".

She blamed him for the tough life and troubles she and other poor people have faced under his regime.

She wrote, “It’s a drawing that I had no desire to continue drawing. I drew it in a fit of depression, having no money to buy milk for my child. I worked 12 hours a day and yet I have nothing left. I drew it with tears…..”

Her story made headlines on social and mainstream Thai media. But people were surprised on seeing the name of former prime minister Thaksin Shinawatra on the whiteboard at the temple where her funeral was held.

Thaksin was named the host of her funeral on May 1, Khaosod Online reported.

A former Pheu Thai MP insisted that naming Thaksin as the host had nothing to do with politics. Now was the time for all people to help one another, he said, according to Khaosod Online.

Plaifon, from Chachoengsao, was found hanged in her room in Bangkok.

Her husband Wichai Hemhuem told police that Plaifon talked to him over the phone, and said she intended to hang herself.

He immediately left his workplace and rushed to their room. On arrival, he found her hanging unconscious. Her took her down and tried to revive her, but she did not respond.

Police and medics rushed to the scene in response to his call, but she died.

Plaifon posted her comments and drawing of Prayuth on her Facebook page on April 22, one week before her suicide. As news of her death spread, the post went viral.