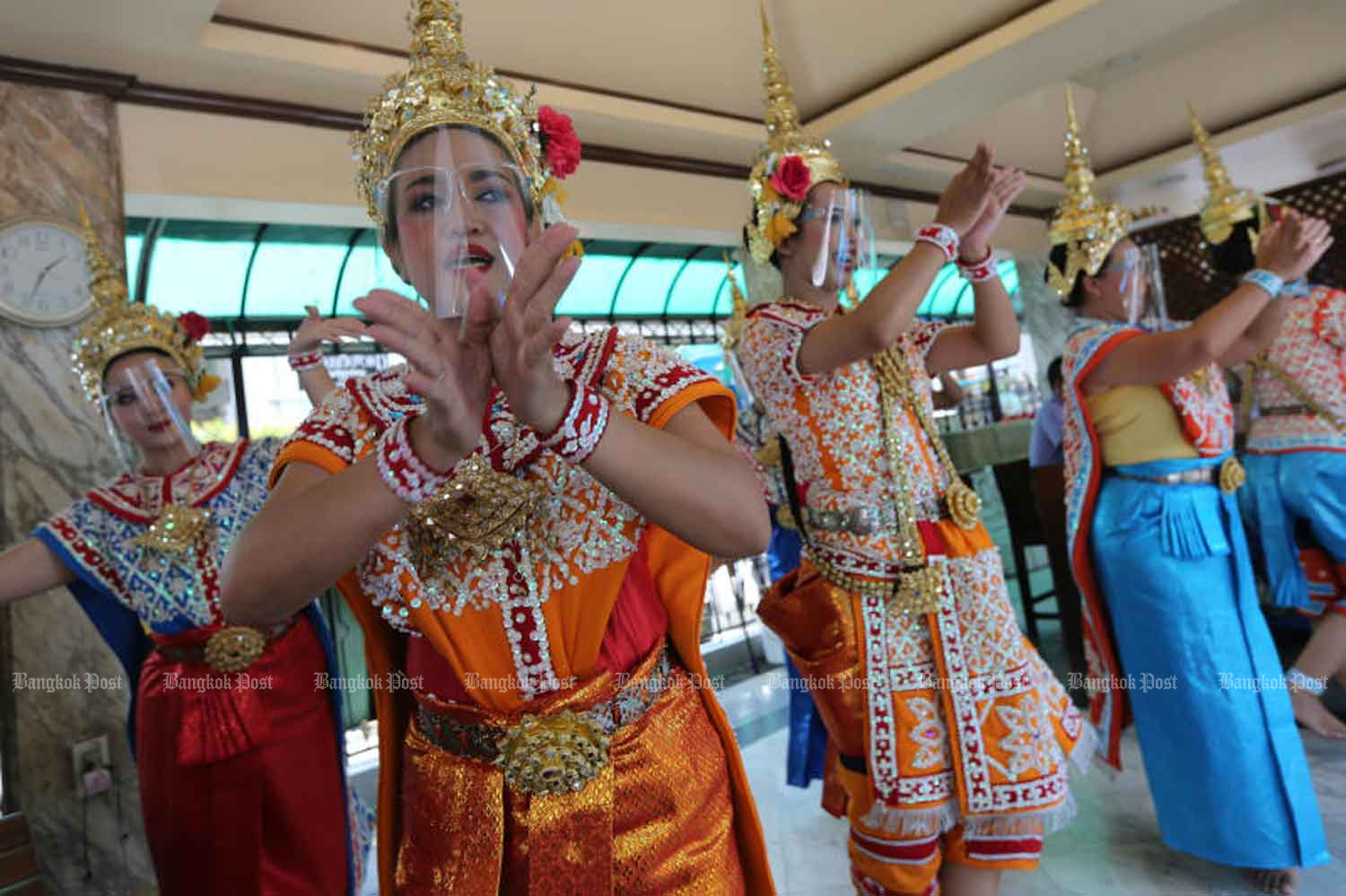 Traditional performers wearing face shields perform a dance at the Erawan Shrine at Ratchaprasong intersection in central Bangkok. The shrine, particularly popular with Chinese tourists, reopened on Friday after it was closed on March 27 at the height of the Covid-19 pandemic. Wichan Charoenkiatpakul

A second test found all forty of the newly suspected Covid-19 cases in Yala on Sunday turned out to be false positives, as the Public Health Ministry has decided to run another test at its main lab to leave no room for doubt.

Officials are also investigating what went wrong at the Yala lab as test equipment was found to be contaminated.

Those 40 cases which were found during testing have attracted attention from both the public and health authorities who were alarmed by the spike in infections.

Taweesilp Visanuyothin, spokesman of the Centre for Covid-19 Situation Administration (CCSA), said on Monday the second tests in Songkhla came back negative in all 40 cases.

But he said the result of those cases would not be confirmed until a third test is run, adding samples will be sent to the Department of Medical Sciences for testing.

"So, the 40 cases in Yala were not confirmed today pending an examination of the process," he told the press briefing, stressing there would not be a cover-up.

A source in the provincial health office, who asked not to be named, said on Monday an investigation is under way to find out what went wrong.

The source said there are several factors potentially contributing to false positives, including the possibilities that the equipment had small samples from old tests.

The source said the Yala lab will not be used for testing for now and samples will be sent to the lab in Songkla instead.