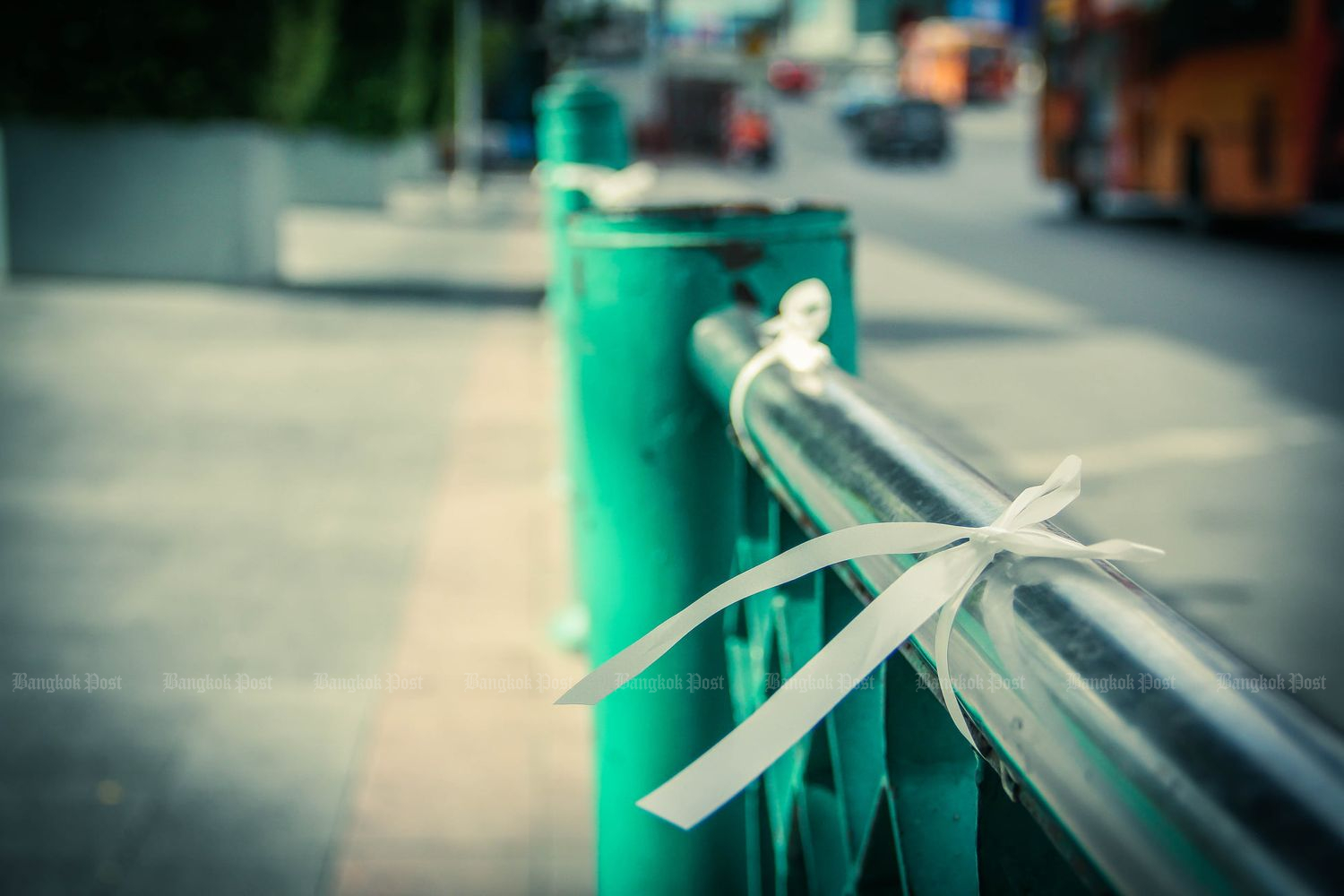 Police have held four students trying to tie white bows at public places in Bangkok as a gesture for justice and against dictatorship.

The activity is part of the White Bows for Justice campaign held by the Student Union of Thailand, starting on June 7 with the Victory Monument, Phayathai, Pratu Nam and Ratchaprasong areas in Bangkok.

According to the union's Facebook, they tied bows on Tuesday in public places on Ratchadamnoen Avenue, including the Royal Thai Army headquarters and Army Region 1 and the Democracy Monument.

When the reached the Democracy Monument, police stopped them and took them to the police station, saying they had violated the cleanliness law.

Lawyer Anon Nampa said police were also considering whether to charge them with violating the emergency decree of which the penalty is up to two years in jail.

The union earlier issued a statement on the disappearance of exile activist Wanchalearm Satsaksit, a critic of the military government.

The statement urges that he, as well as other exiles who disappeared, be released immediately and asks the government to take action.

Pressure has mounted on Thai and Cambodian authorities to investigate the disappearance of Wanchalearm, who was seen taken by a group of armed men in front of his apartment in Phnom Penh on Thursday.

Cambodian authorities initially said they had not been informed of the incident. They made a u-turn on Tuesday and vowed to investigate the disappearance while denying any involvement in what a rights group claimed was an abduction.

Thai authorities, meanwhile, insisted they could not interfere with another country's business. Prime Minister Prayut Chan-o-cha on Tuesday said the government was willing to help the family but lacked information to proceed.

The general said at Government House on Tuesday that he had never heard of Mr Wanchalearm.

Sitanan Satsaksit, Mr Wanchalaerm's sister, on Tuesday submitted a letter to Move Forward Party MPs, asking for their help in finding her brother.

Move Forward MP Rangsiman Rome wrote on Facebook he would ask Gen Prayut about Mr Wanchalearm's case at Parliament on Wednesday if the general attends the meeting.