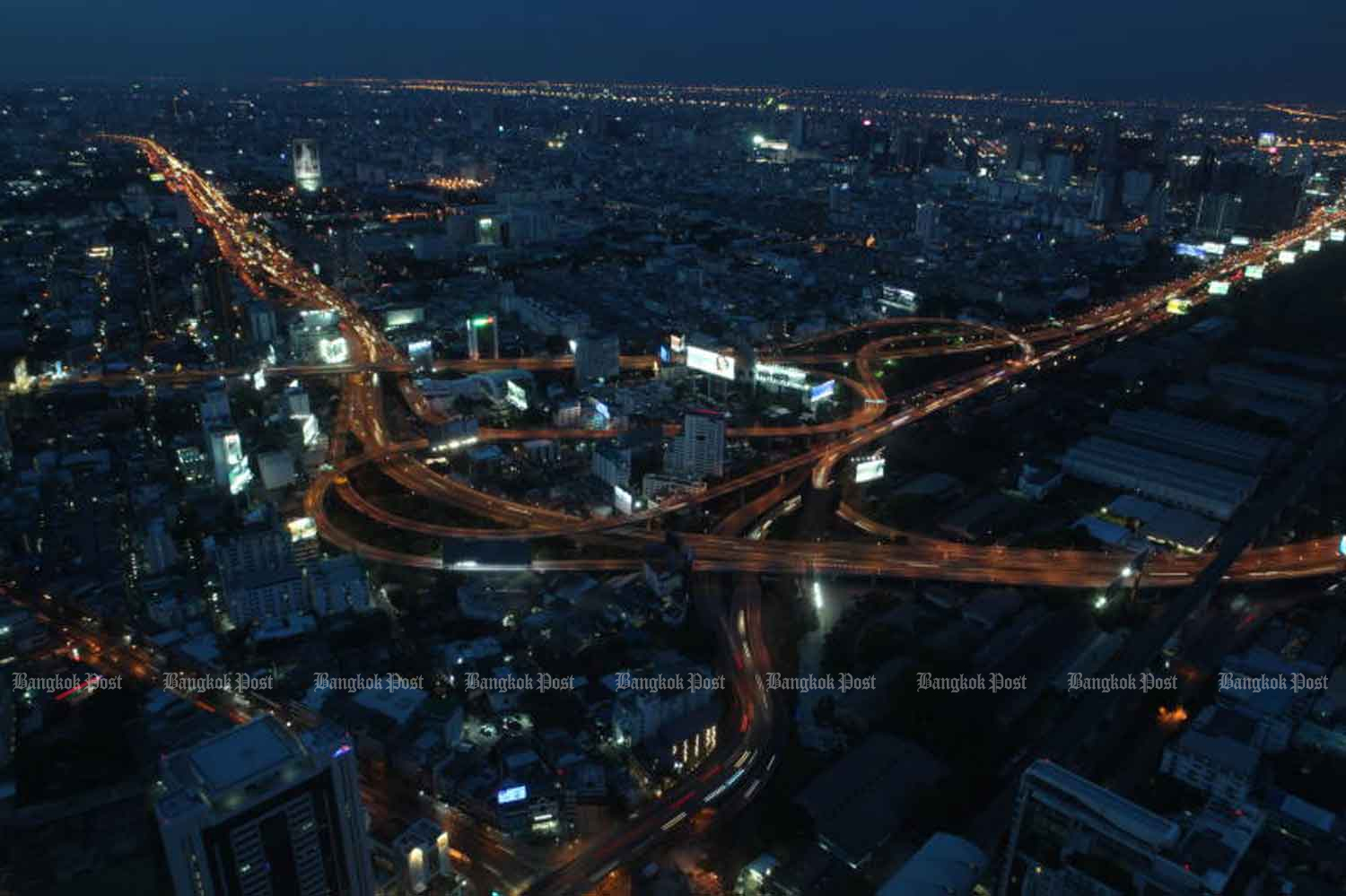 An expressway interchange, photographed from Baiyoke Tower II Sunday night, shows light traffic. Busy traffic is set to return after the night-time curfew was lifted from 11pm Sunday. The lifting of the curfew was published in the 'Royal Gazette'. Photo by Arnun Chonmahatrakool

One thousand foreign visitors are expected to be allowed entry to Thailand per day without needing quarantine, according to a plan for "travel bubbles" to be submitted for the Centre for Covid-19 Situation Administration (CCSA)'s approval on Wednesday.

These visitors, who in the beginning will be mostly business people and patients seeking medical treatment in Thailand, must come as part of bilateral cooperation on tourism between Thailand and selected countries which have managed to contain the coronavirus, Traisuree Taisaranakul, deputy government spokeswoman, said on Sunday.

General foreign tourists will later be allowed to visit Thailand if the tourism promotion programme proves successful in terms of the transmission control, she said.

Covid-19 screening tests will be required both before the visitors leave their countries and upon arriving in Thailand, she said.

This, however, doesn't meant the visitors will be able to travel freely while in Thailand as they will still be prohibited from visiting certain parts of the country and will be tracked via a smart phone application, she said.

Final details of the plan are being discussed by the Tourism and Sports Ministry, Public Health Ministry, Interior Ministry and Foreign Ministry.

The CCSA had on Friday agreed in principle on the travel bubbles proposal despite objections raised by security authorities.

The travel bubbles programme is seen by the Tourism and Sports Ministry as the first step to safely reopen Thailand's tourism to international visitors, she said. It is hoped to help the economy recover, she said.

Despite the CCSA's preliminary approval on the travel bubble proposal, security authorities had expressed strong objections to the idea at Friday's meeting, a source said.

They asked that the proposal be put on hold because it isn't certain the tourism promotion programme won't lead to a new spike of imported Covid-19 infections and possibly a new wave of local transmissions, the source said.

Worse still, giving privilege to these specific foreign visitors while still imposing the 14-day quarantine on Thai returnees will likely prompt negative reaction by those Thais, the source said.