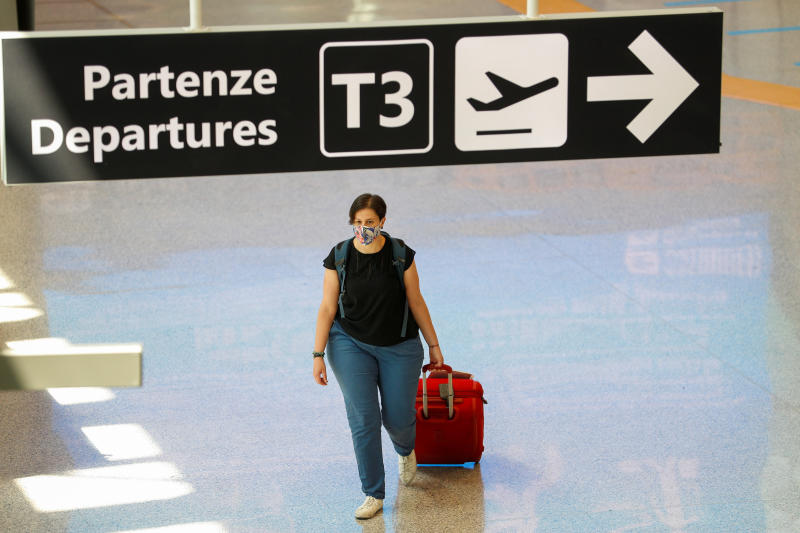 A passenger wearing a protective face mask walks at Fiumicino Airport in Rome on the day EU governments agreed a "safe list" of countries for which they will allow non-essential travel starting from July. (Reuters photo)

The European Union agreed Tuesday to reopen its borders to 15 countries, not including the US.

EU members finalised the list of countries whose health situation was deemed safe enough to allow residents to enter the bloc starting on July 1.

Travellers from China, where the virus first emerged late last year, will be allowed on the condition that Beijing opens to EU residents.

The border relaxation is a bid to help rescue the continent's tourism sector, which has been hit by a ban on non-essential travel since mid-March.

But with some 10.3 million known infections worldwide, the pandemic is "not even close to being over", the World Health Organization has warned.

Researchers in China, meanwhile, have discovered a novel swine flu capable of triggering another pandemic.