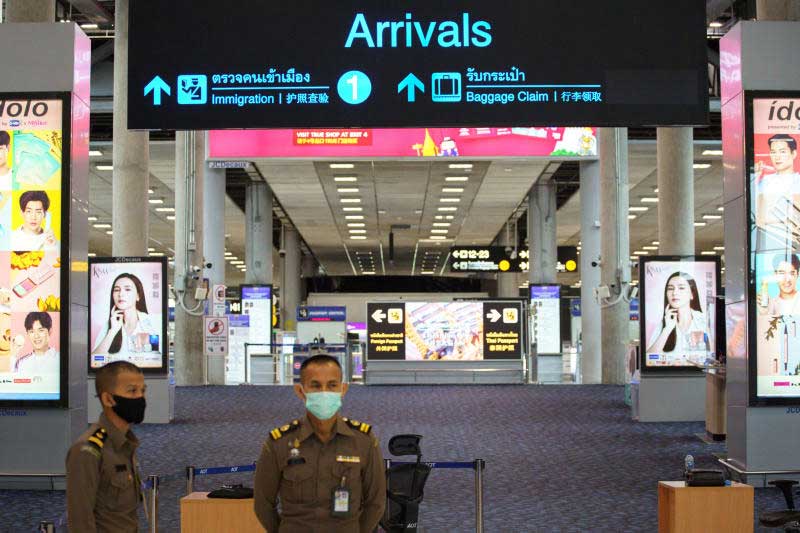 Immigration officers stand in front of an empty arrivals hall at Suvarnabhumi airport on June 3, 2020, amid the spread of the coronavirus disease Thailand. (Reuters photo)

Five select groups of foreigners and migrant workers are expected to be allowed to enter the country as the Centre for Covid-19 Situation Administration (CCSA) will consider the 6th phase of Covid-19 easing this week.

However, although the country has been free of local transmissions for 55 days, an opinion survey issued yesterday showed that public sentiment was still against plans to open the doors to foreigners.

The CCSA spokesman said on Sunday that a committee assigned to consider the easing of Covid-19 restrictions has discussed the 6th phase of relaxation and the issue will be tabled to a full meeting of the CCSA this week.

The relaxation will cover migrant workers in the construction business and food export industry, foreign visitors who organise trade exhibitions, foreign visitors in film production crews, and foreign travellers who are members of the Thailand Elite Card scheme, he said. 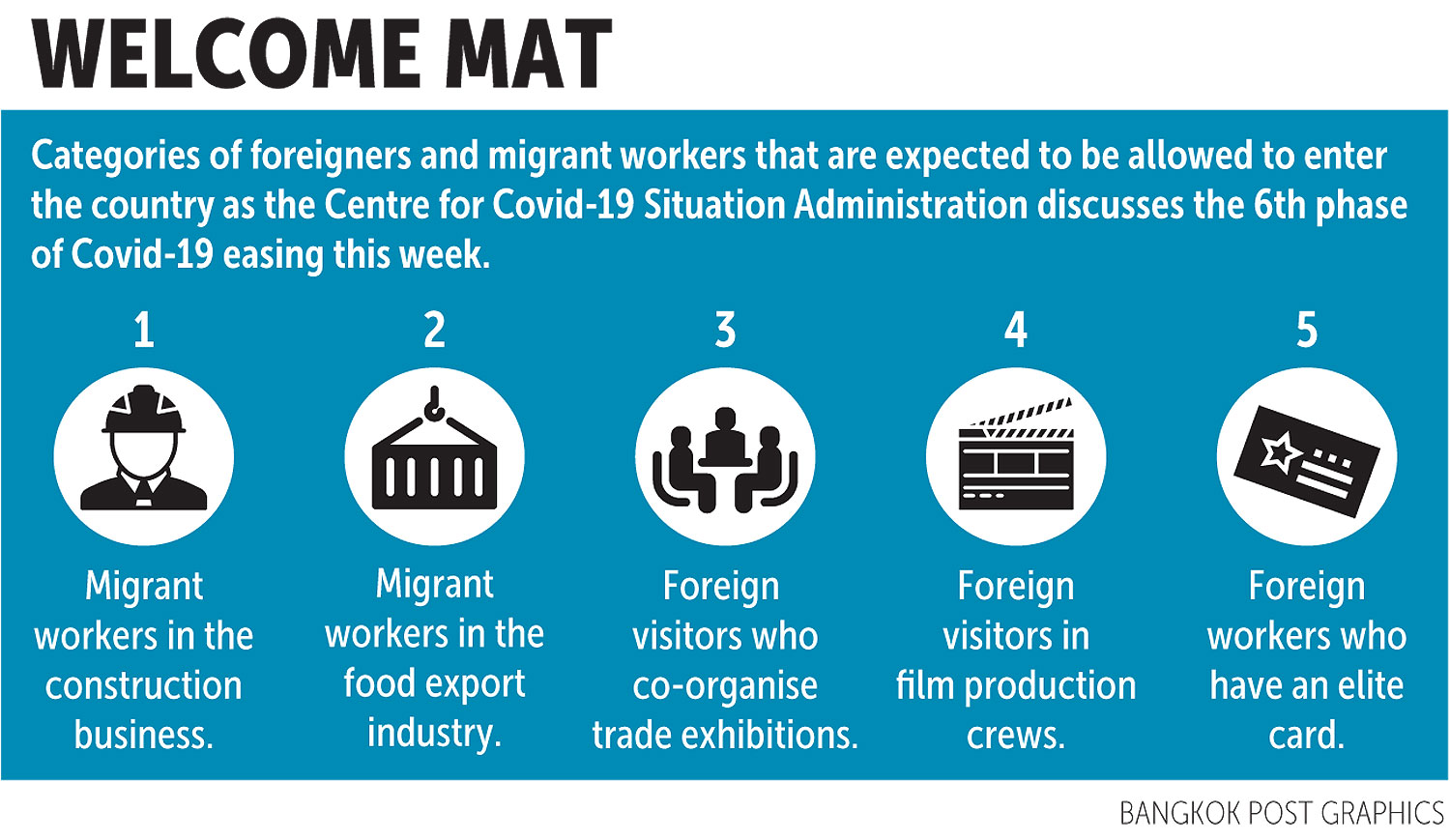 He said checks by officials have found that operators of businesses that are in the "red" or high-risk category and which have been allowed to reopen have cooperated and complied with disease control guidelines to curb the spread of the disease.

Asked by reporters what factors are taken into account when considering whether to extend or lift the emergency decree, he said the CCSA's subcommittee will discuss every angle of the situation based on information on public health, the economic impact and national security.

The spokesman denied claims the government had allowed people infected with Covid-19 from abroad, including Thai returnees and foreigners, to enter the country for the purpose of deterring anti-government protests.

The spokesman said Thai returnees from abroad have been allowed back home so they can go about their businesses which in turn will help improve the economy affected by the pandemic, though the government has made it mandatory for them to be quarantined at facilities arranged by the state upon arrival first.

The regulations also apply to a select groups of foreigners who will be allowed to enter the country, he said.

Meanwhile, the Disease Control Department reported the latest test results amid public concern about a shopping trip in Rayong by an infected Egyptian military officer and the arrival of the daughter of a Sudanese diplomat who tested positive for the disease late last week.

Last Friday, 1,374 more people were tested in Rayong. Of them, 1,369 tested negative while the test results of the remaining five are still pending.

Meanwhile, a vast majority of Thais -- 94.5% -- say foreigners should be barred from entering the country to prevent a second wave of the Covid-19 spread, according to an opinion survey by the Suan Dusit Rajabhat University or Suan Dusit Poll.

According to the survey, a large majority, 73.8%, thought the chance that Thailand would announce a second lockdown was high.