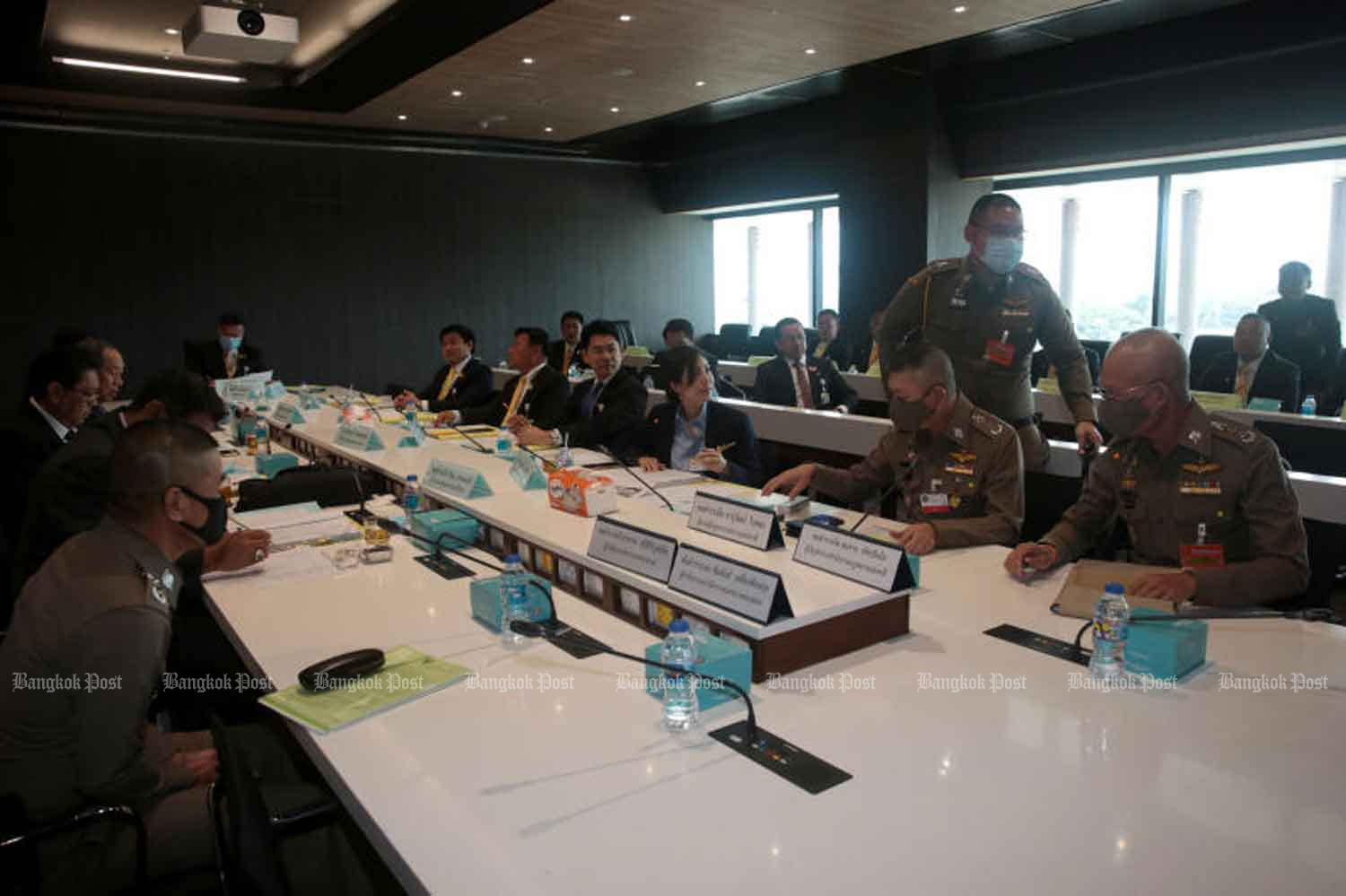 Senior police officers meet the House committee on police affairs at the parliament in Bangkok on Thursday. (Photo: Chanat Katanyu)

Police officers have claimed that drugs, including cocaine, found in Red Bull scion Vorayuth "Boss" Yoovidhya in the 2012 hit-and-run case were used for his dental treatment, according to a House committee.

Natchanon Srikokuea, spokesman of the committee, said on Thursday the panel had questioned officers who handled the case as to why they did not press charges related to illicit drug use against Mr Vorayuth despite a positive blood test proving the use of narcotics.

The officers said a dentist confirmed he had administered medicines which had cocaineas a component for dental treatment. When Mr Vorayuth drank alcohol, it mixed with the medicines which caused some chemical substances in the body to be released, Mr Natchanon quoted the police as saying.

However, the police did not provide clear details and had no medical documents to prove that chemical substances found in Mr Vorayuth's body were the result of dental treatment, Mr Natchanon said, adding it was just a verbal explanation.

Meanwhile, Sira Jenjaka, chairman of the House committee on legal affairs, justice and human rights, said on Thursday that police will consider bringing a new drugs-related charge against Mr Vorayuth.

Mr Sira said on Thursday that his committee on the affairs of courts of justice and a panel on police will meet on Aug 5 to discuss the case.

Among those who will testify before the committee will be national police chief Pol Gen Chakthip Chaijinda, Nate Naksuk, director-general of the Department of Appellate Litigation, and assistant police chief, Pol Lt Gen Permpoon Chidchob, who decided not to oppose the prosecutors' acquittal as well as two new witnesses in the case, Mr Sira said.

The secretary-general of the National Anti-Corruption Commission (NACC) said on Thursday that the agency is ready to investigate the prosecutors who dropped all charges against Mr Vorayuth.