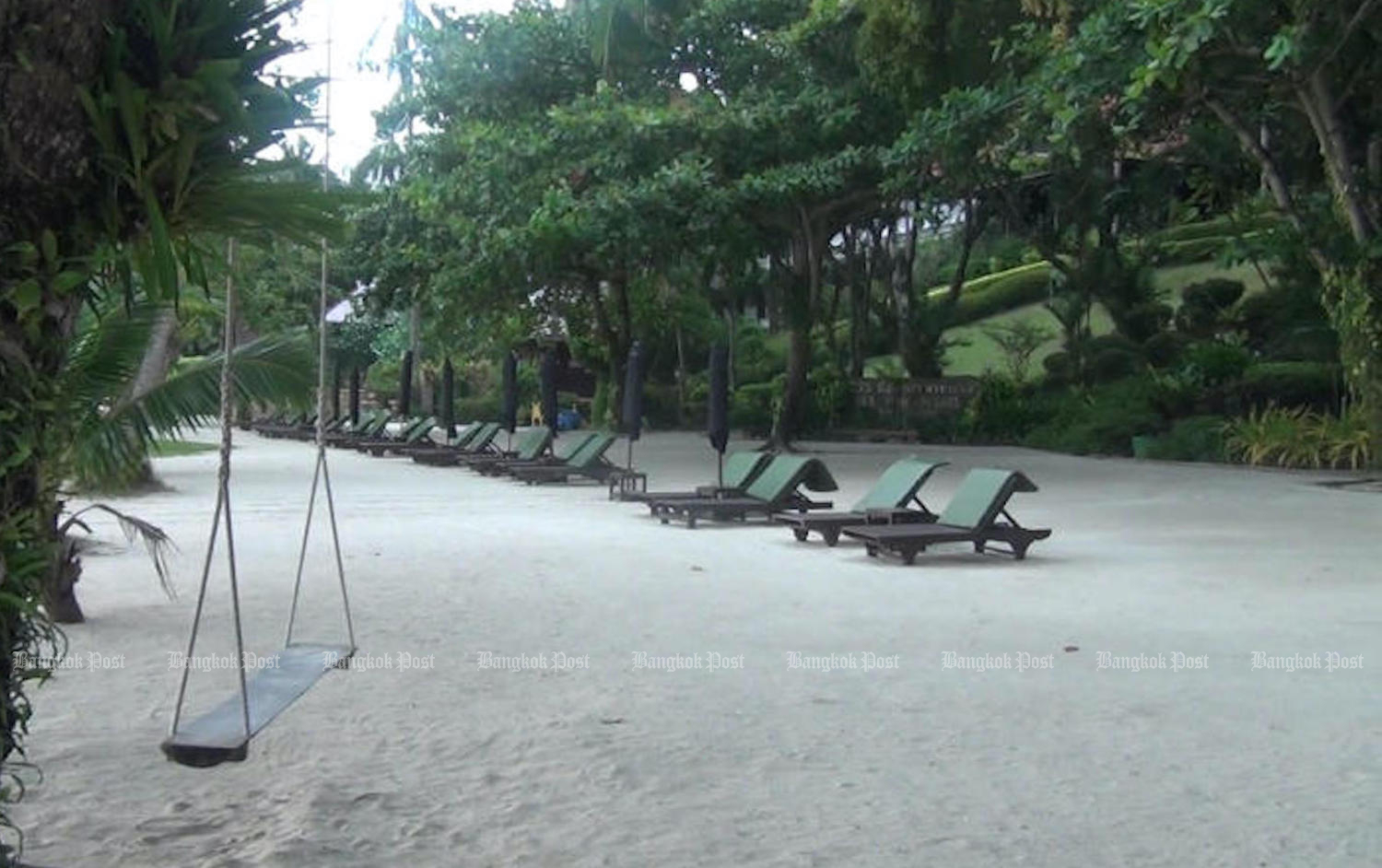 Sea View Resort on Koh Chang has a high proportion of “excellent” ratings on Tripadvisor, but several posts by a guest who left a bad review earlier have angered the owners. (Post File Photo)

A Koh Chang resort sued an American resident of Thailand for defamation over a negative review posted online.

The resort has defended its decision to sue, saying it had tried to negotiate with him but he continued to post comments that were untrue.

The Sea View Resort released a five-page statement on Saturday after news of its legal action against Wesley Barnes attracted widespread attention. The statement was posted on the Twitter account of Richard Barrow, a British expat travel blogger with 167,000 followers.

Under Thailand’s tough criminal defamation laws, Mr Barnes could face up to two years in prison if found guilty.

A recent visit to the resort on the island in Trat province landed Mr Barnes in trouble after he posted an unflattering review on Tripadvisor.


Police said Mr Barnes was accused of causing “damage to the reputation of the hotel”, and of quarrelling with staff over not paying a fee to open alcohol he had brought to the hotel.

Mr Barnes, who works in Thailand, was arrested by immigration police and returned to Koh Chang where he was held in jail for two nights before being freed on bail.

According to the Tripadvisor review that Mr Barnes posted in July, he met “unfriendly staff” who “act like they don’t want anyone here”.

Tom Storup, the rooms division manager at the resort, replied to Mr Barnes in a post dated July 20. He said that guests bringing their own liquor “goes against our rules, as it does in any hotel or resort I have worked or visited around the globe”. He said Mr Barnes used “abusive language” toward a staff member who explained the 500-baht corkage charge to him.

The resort’s food and beverage manager intervened “for the safety and comfort of our staff and guests who were having a peaceful dinner”, Mr Storup wrote. “It was then when another guest at your table took over the conversation with our F&B manager and he apologised profusely and shook hands after a short chat.

“The F&B manager then decided that, in order to avoid further disturbance, to allow you to have that liquor without charging you for the corkage fee.”

The Sea View Resort told AFP on Saturday that legal action was only taken because Mr Barnes had written multiple reviews on different sites over the past few weeks.

At least one was posted in June on Tripadvisor accusing the hotel of “modern day slavery” — which the site removed after a week for violating its guidelines.

“We chose to file a complaint to serve as a deterrent, as we understood he may continue to write negative reviews week after week for the foreseeable future,” the hotel said, adding that staff had made “multiple attempts” to contact Mr Barnes but they were ignored, leading the business to resort to a legal complaint.

Mr Barnes did not immediately respond to requests from AFP for comment.

“We agree that the defamation law may be viewed as excessive for this situation,” the resort said in its statement, but it said the guest had included “fabricated stories” in reviews posted on both Tripadvisor and Google.

Defamation laws in Thailand have long been seen as problematic, as they are frequently used by businesses and influential figures to intimidate critics.

The maximum sentence under the law is two years in prison, along with a 200,000-baht fine.