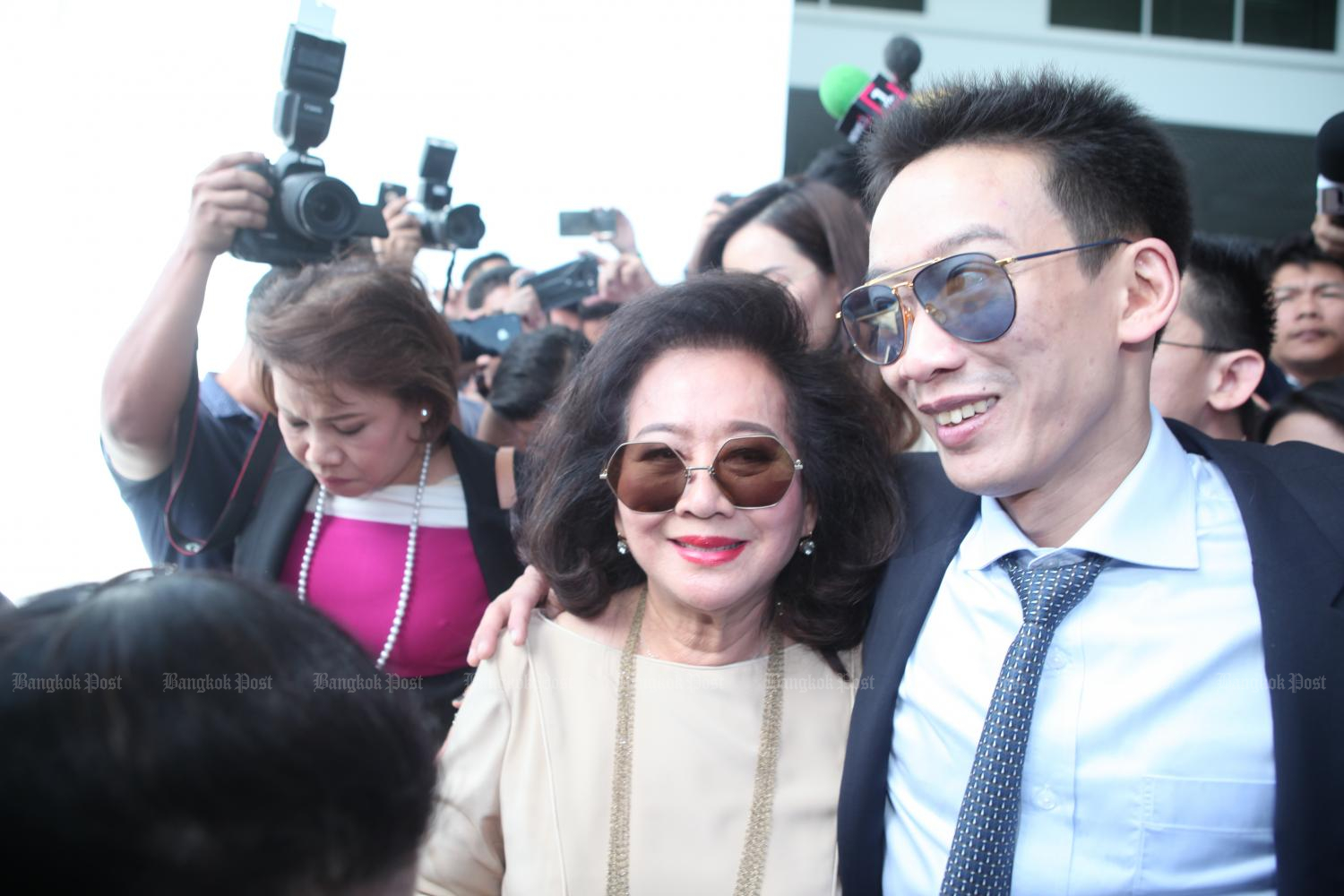 Although Sompong Amornvivat, who recently resigned as party leader, is expected to be reinstated as Pheu Thai leader on the party's new executive board, it is Khunying Potjaman who will actually take the helm, the sources said.

The main opposition party will give details of the new board today.

After years of keeping a low profile, Khunying Potjaman stepped into the spotlight at a royal function last Thursday, two days before Mr Sompong, Khunying Sudarat Keyuraphan and a handful of other key members tendered their resignations from their positions.

From now on, Khunying Potjaman will regularly sit at the head of the table during meetings of the new party executive and will determine the party's political moves both inside and outside parliament, though she will not assume any formal party position, the sources said.

Her priorities will be to end rifts among party factions and bring back those who broke away from the party.

The other person who will also work with Khunying Potjaman to run the party's affairs is Yaowapa Wongsawat, younger sister of Thaksin who formerly served several times as a Chiang Mai MP.

A close associate told the Bangkok Post that Khunying Potjaman would work with a think tank, which will be the brains of the party.