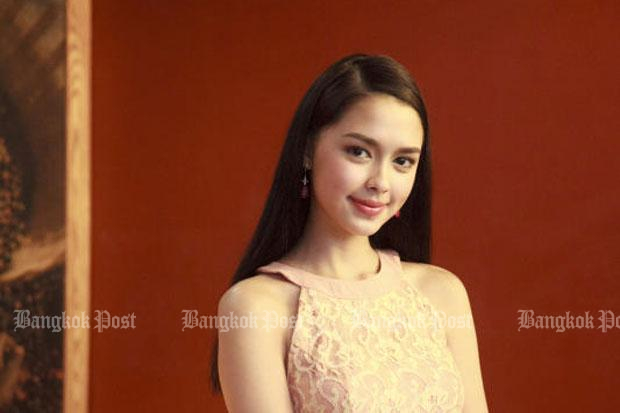 Natthawut Wongrattanakornchai, 40, was arrested at a fashion show in Gaysorn Village shopping mall in Pathumwan on Thursday.

He was charged with committing an act of sexual indecency against a defenceless person in violation of Section 278 of the Criminal Code.

The offence carries a jail term of up to 10 years and/or fine up to 200,000 baht, Pol Col Akkhawut Thareerat, chief of Lumpini police station, said on Friday.

Ms Patricia told the media after filing a complaint with Lumpini police on Thursday that a man carrying a camera had walked up to her when she was with a makeup artist during a break in the fashion show.

She thought he was with the media. The makeup artist noticed him and asked what he was doing. The man then moved back, she said.

She then noticed there was hole in the top of his shoe and realised something was wrong. Her mother and the makeup artist called security guards to detain him. A mobile phone was found hidden inside his shoe.

Police were called in to arrest the man.

Police were to take him to the Criminal Court on Friday and seek approval to further detain him.