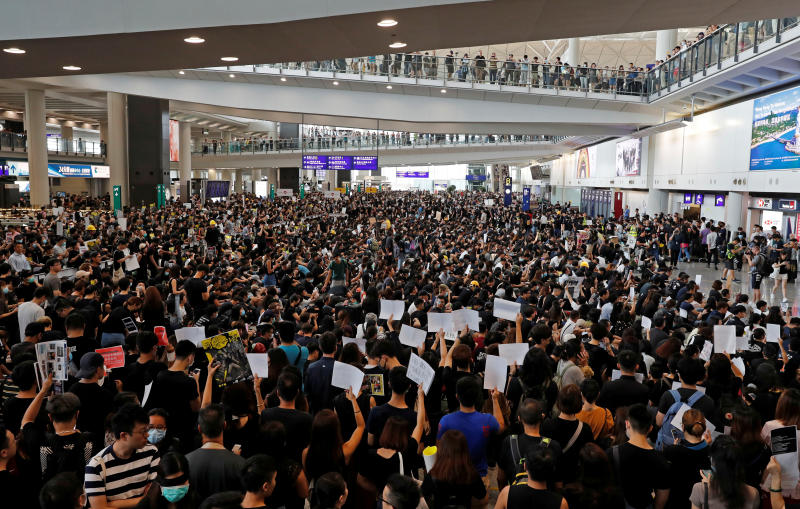 HONG KONG: One of the world's busiest airports cancelled all flights as thousands of Hong Kong pro-democracy protesters crowded into the main terminal Monday afternoon, after clashes with police became increasingly violent during a 10th straight weekend of demonstrations.

“Airport operations at Hong Kong International Airport have been seriously disrupted as a result of the public assembly at the airport today,” the airport said in a statement. “All check-in service for departure flights has been suspended.”

Thai Airways International and Thai AirAsia suspended flights to Hong Kong after the Chinese territory closed its airport on Monday.

A massive traffic jam soon formed on the highway leading back to Hong Kong's city centre. Some protesters were seen walking toward the airport in the stifling heat.