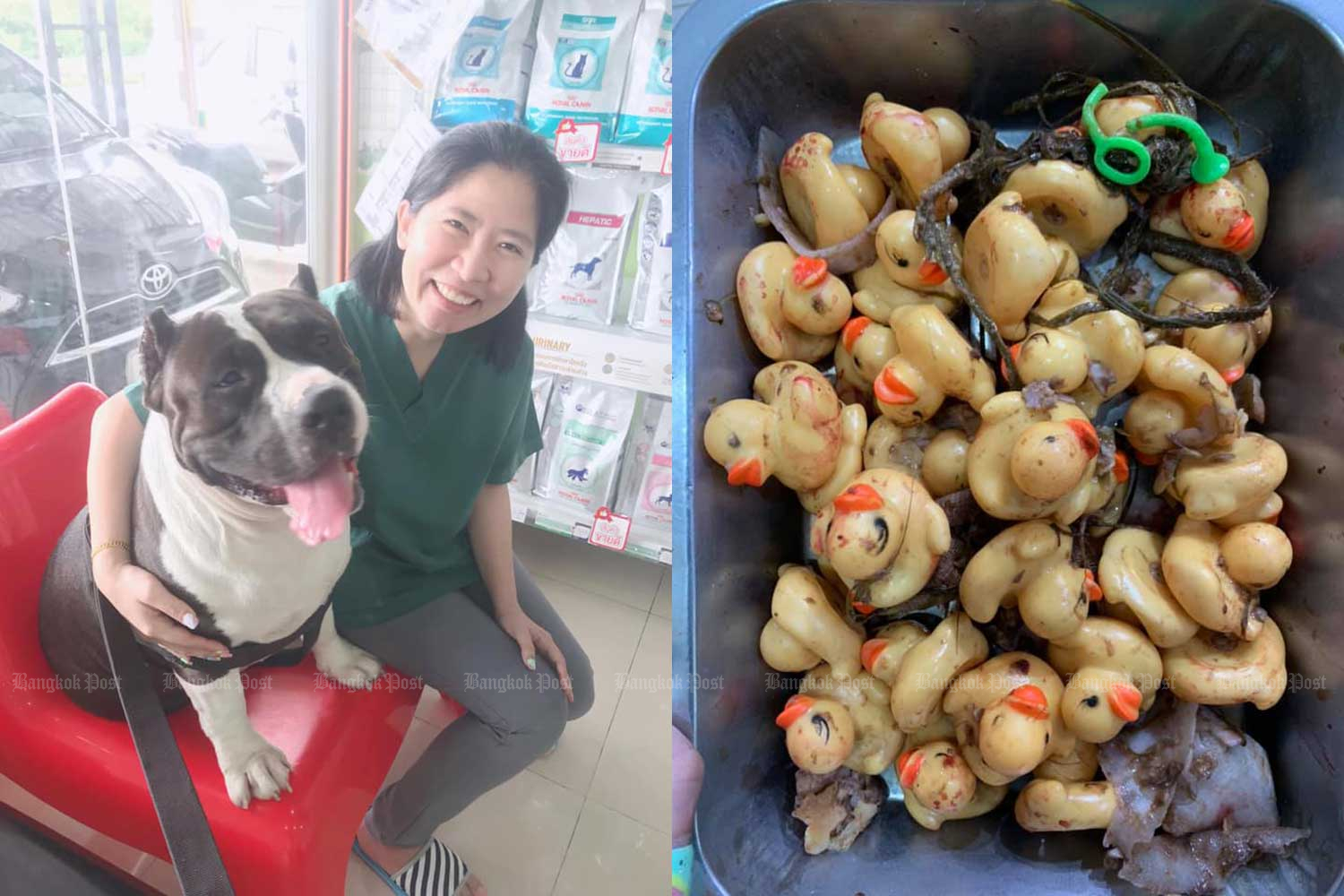 Davel, a vet and a lot of ducks

A Pattaya vet has warned dog lovers to stop buying toy ducks for their pets to play with, after removing 32 small rubber ducks from a Bulldog's stomach.

The warning, together with a video, was posted on the Mor Mui Pattaya Ban Mor Rak Sat Facebook page.

“It was not the first time I have had to perform surgery to remove toy ducks a from dog's stomach. But this is the highest number of rubber ducks I have ever removed. The owner of Davel phoned me yesterday, saying she wanted her pet X-rayed to see how many more toy ducks were in his stomach after Davel vomited up five of them," the post said. "The X-ray showed his stomach was so full of toy ducks I could not tell exactly how many."

She told the woman she would have to operate to remove the toys before they moved into the animal's intestine.

"A total of 32 rubber toy ducks and two pieces of green rubber (likely from rubber balls) and some toy rubber snacks were removed."

"He might be angry with me. As he walked toward his owner he didn’t turn back when I called him.  Please share this story. I don’t want to see other dogs hurting like Davel.’’