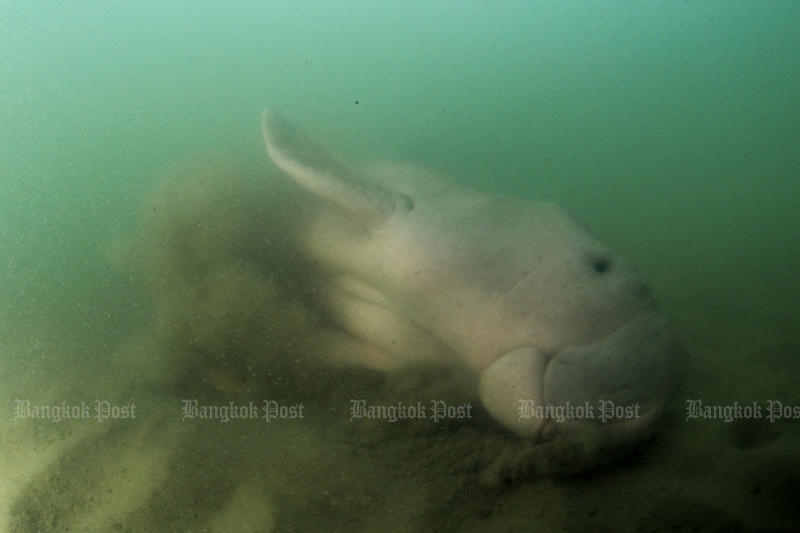 Mariam, the baby dugong whose fight to recover from illness won hearts and cast a spotlight on ocean conservation, has died from an infection, officials said on Saturday.

The National Parks, Wildlife and Plant Conservation Department said Mariam died at 12.09am on Saturday in a nursery tank as veterinarians were trying to save her life.

The department said the 8-month-old dugong died of shock and other causes and that they found several pieces of plastic in her intestine. More details will be released later.

Mariam was moved to the nursery tank on Wednesday out of concern for her safety, with heavy rain and rough seas forecast for the Andaman Sea.

The female dugong fell ill last week while being monitored by veterinarians in the Andaman Sea.

Mariam was cared for by veterinarians on Koh Libong in Trang province since being found on a Krabi beach in April. They planned to return her to the wild once she was strong enough.

The department said on Wednesday the veterinarians were concerned she might not be strong enough to endure the predicted bad weather, prompting her removal from the sea.

Mariam, an Arabic name meaning “lady of the sea”, was the first dugong known to be cared for by humans in Thailand.

Her passing was also announced on the Facebook page of the Department of Marine and Coastal Resources.

The post quickly attracted more than 11,000 shares and thousands of comments mourning the loss, while a meme with a picture of Mariam and “RIP” circulated online.

“It’s a pity for those who fed her milk and collected sea grass for their little daughter that we have to lose Mariam because of plastic waste,” one commenter said.