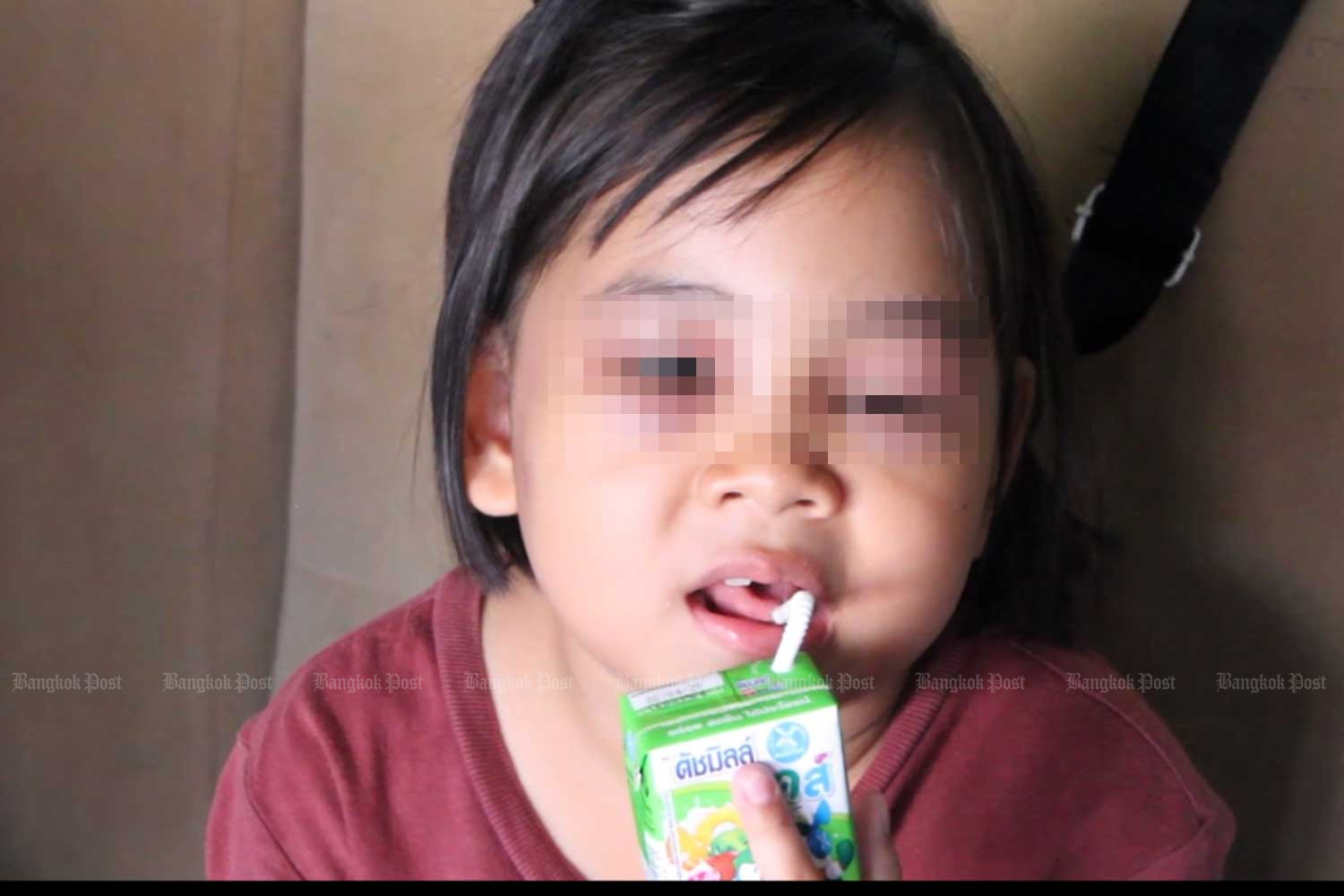 A Pattaya girl suffered facial swelling after being struck by her teacher for being too slow to answer questions, her mother says. (Photo by Chaiyot Pupattanapong)

PATTAYA: A teacher at a Pattaya school faces an investigation for allegedly using a wooden stick to hit a 7-year-old on the head.

Facebook user “J-juneny Nuchnanrt” posted pictures of the girl and provided details of the incident on her account on Friday. “Slow math calculation is a reason for the teacher to use a wooden stick to hit Jaja,” she wrote, using the girl’s nickname.

“Two rounds of X-ray scans show there is no skull fracture but there is internal bruising. A doctor gave her medicines to reduce pain and advised us to frequently massage her. She suffered swelling like this because she was hit in the middle of her head.

“We have already filed a police complaint and will go to the school on Monday to meet school executives. We want to know what action will be taken. The teacher must be held responsible. We will not compromise. If we don’t take action or keep silent, other children might face the same thing.”

The accused teacher drew a barrage of criticism after the story and photos of the girl went viral online. Images of the child drew hundreds of comments and were forwarded more than 5,000 times as of Saturday afternoon.

The Bangkok Post contacted the Facebook user, Nuchanart Tulaphan, 26. She is the mother of Chawannut, or “Nong Jaja”, a Prathom Suksa 2 student at Muang Pattaya 5 School in Bang Lamung district of Chon Buri.

Naruemol Inthapong, the director of the school, said the school would set up a fact-finding committee to investigate the incident. If found guilty, the teacher would face disciplinary action and would take responsibility for her action, said the director.