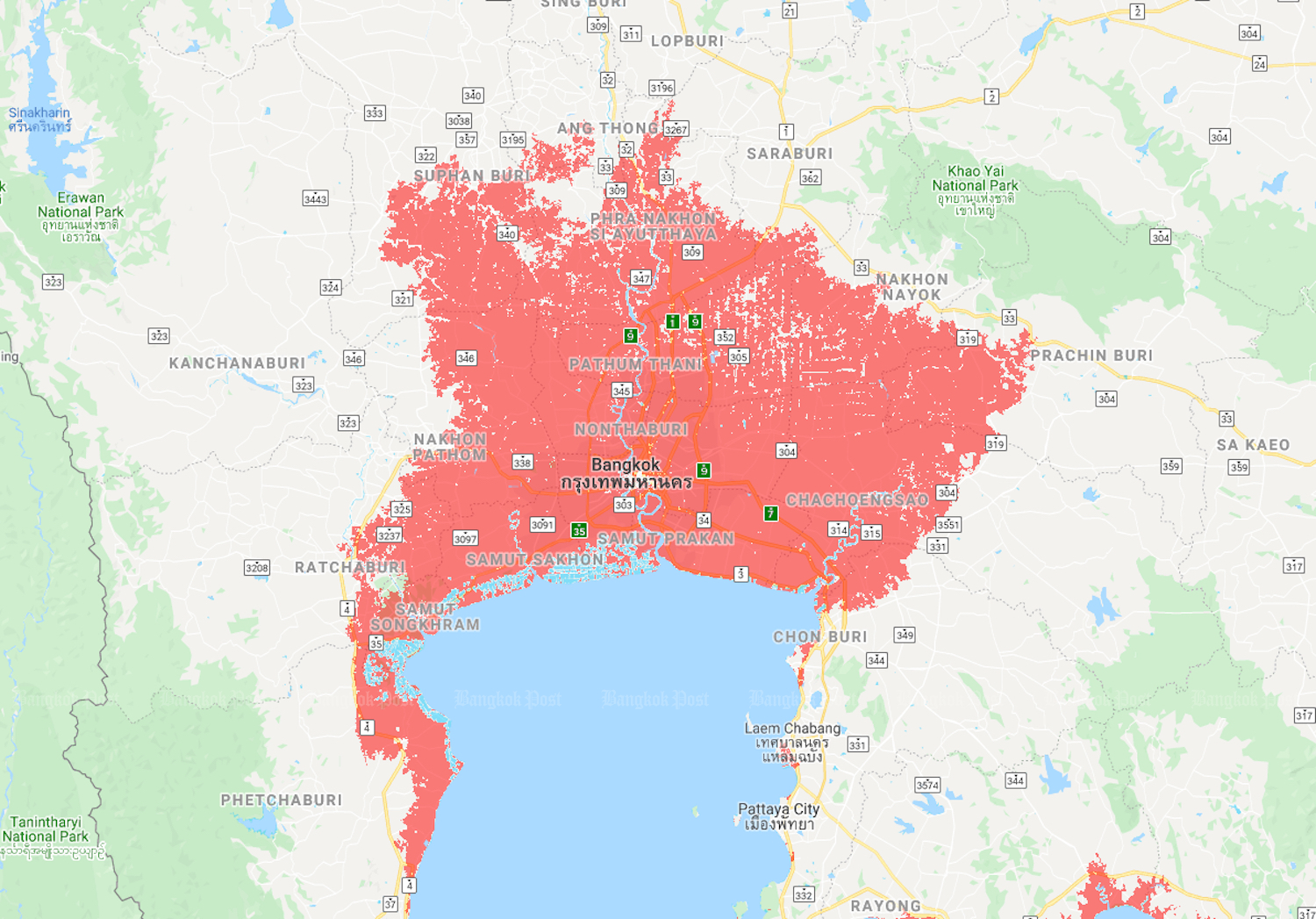 A map using a new coastal digital elevation model shows (in red) areas in Greater Bangkok that will be below projected average annual flood heights in 2050. Scroll down to see the difference between this image and current projections based on conventional satellite imaging. (Climate Central)

Rising seas could affect three times more people by 2050 than previously thought, according to new research, threatening to all but erase some of the world’s great coastal cities including Bangkok.

The authors of a paper published this week developed a more accurate way of calculating land elevation based on satellite readings, a standard way of estimating the effects of sea level rise over large areas, and found that the previous numbers were far too optimistic.

The new research shows that some 150 million people are now living on land that will be below the high-tide line by 2050.

In Thailand, more than 10% of citizens now live on land that is likely to be inundated by 2050, compared with just 1% according to the earlier technique. Bangkok is particularly at risk.

Southern Vietnam could all but disappear.

Other ways of measurement have faced problems, said Scott Kulp, a researcher at Climate Central and one of the paper’s authors. So he and Benjamin Strauss, Climate Central’s chief executive, used artificial intelligence to determine the error rate and correct for it.

The findings don’t mean the end of those areas. The new data shows that 110 million people already live in places that are below the high-tide line, using protective measures like seawalls and other barriers. Cities must invest heavily in such defences, Strauss said, and they must do it quickly.

Overall, the research shows that countries should start preparing now for more citizens to relocate internally, according to Dina Ionesco of the International Organization for Migration, an intergovernmental group.

“We’ve been trying to ring the alarm bells,” Ionesco said. “We know that it’s coming.”