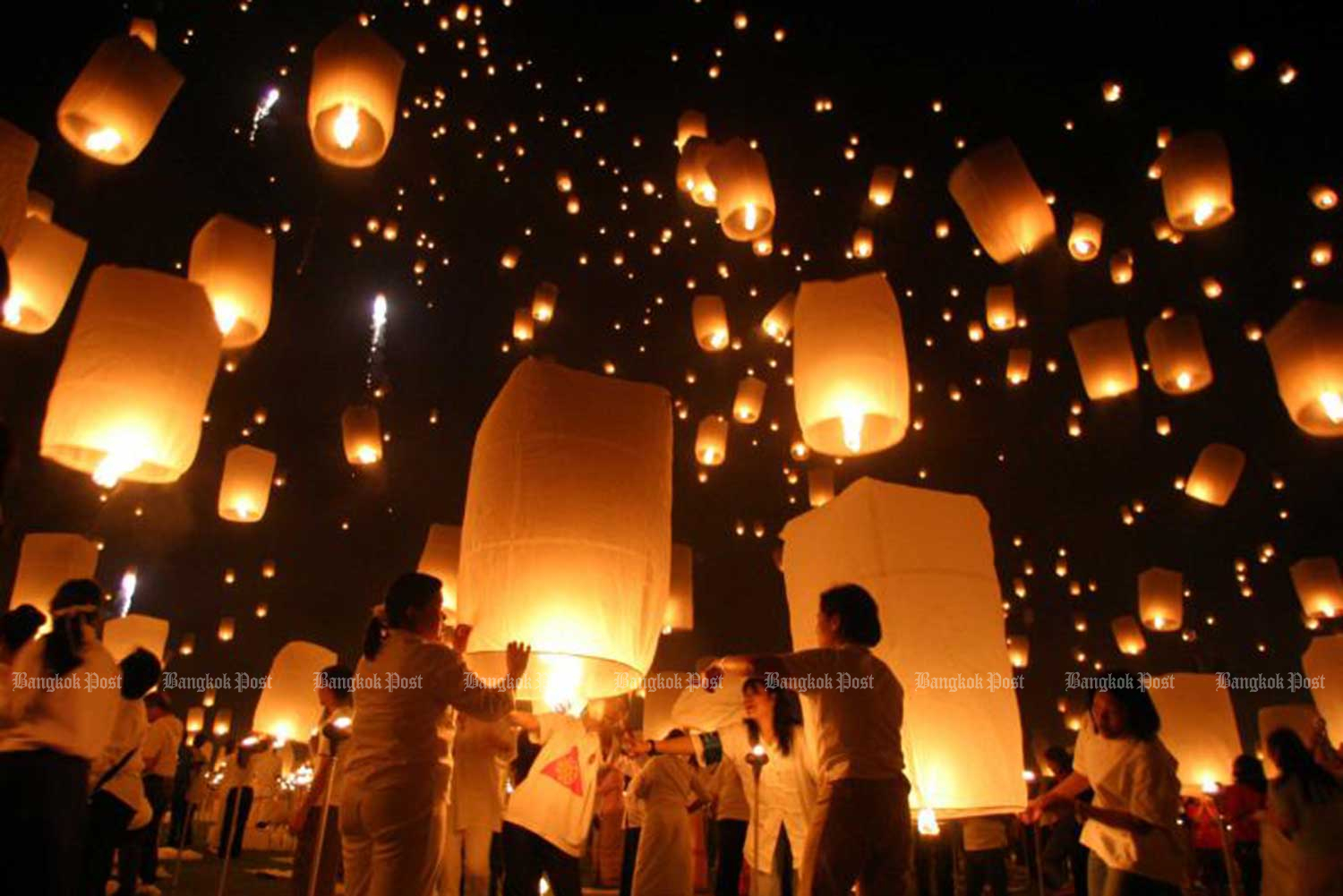 Chiang Mai International Airport announced on Thursday that a total of 151 domestic and international flights would be rescheduled or cancelled for safety reasons during the sky lantern festival beginning on Saturday.

The airport deputy director said airlines were concerned about safety during the Loy Krathong  and Yi Peng festival.

The airport was stepping up safety measures to avoid accidents.

The airport will also patrol the runways and passenger terminals more frequently and step up surveillance and other security measures inside and around the airport.

People living near the airport have been warned not to launch lanterns into the sky.

The festival in Chiang Mai runs from Nov 9-12.