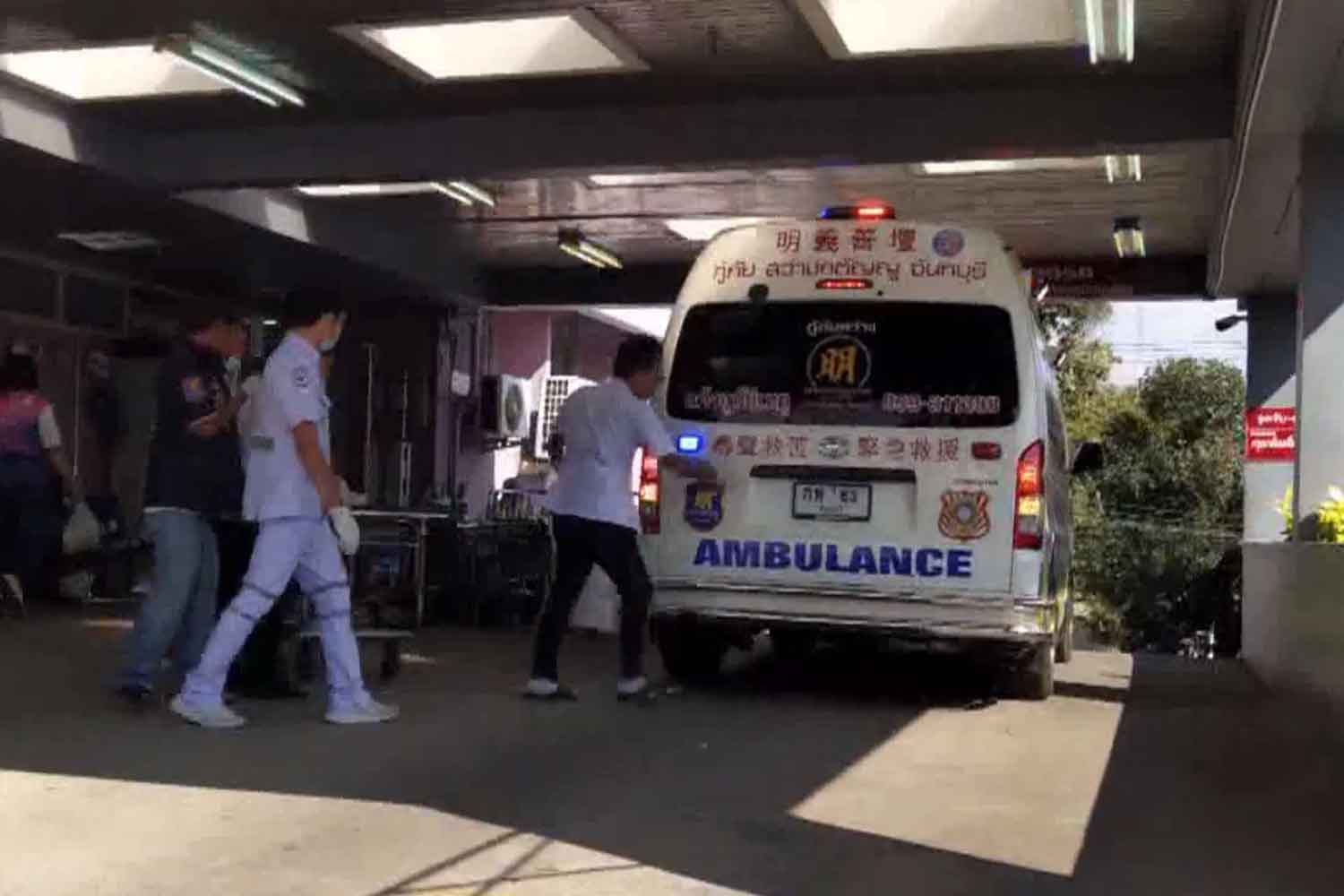 An ambulance is sending an injured person from the shooting at Chanthaburi Court to Prapokklao Hospital in Muang district of Chanthaburi province on Tuesday. (A screenshot from a video clip posted in the page of Facebook user Krisada Sawatdichai)

CHANTHABURI: A retired senior policeman shot dead the plaintiff and his lawyer before being fatally shot by an on-duty police officer in a Chanthaburi courtroom on Tuesday morning.

He also wounded two other people who accompanied the slain plaintiff into the court.

He was in court waiting to hear a ruling in the case when plaintiff Bancha Porameekhanaporn arrived with his wife and two lawyers about 9.15am.

Media reported that the two sides began arguing and Pol Maj Gen Thanin drew his gun and fired at Bancha and other members of his party.

Thanin was in turn shot by an on-duty police officer and severely wounded. He later died.