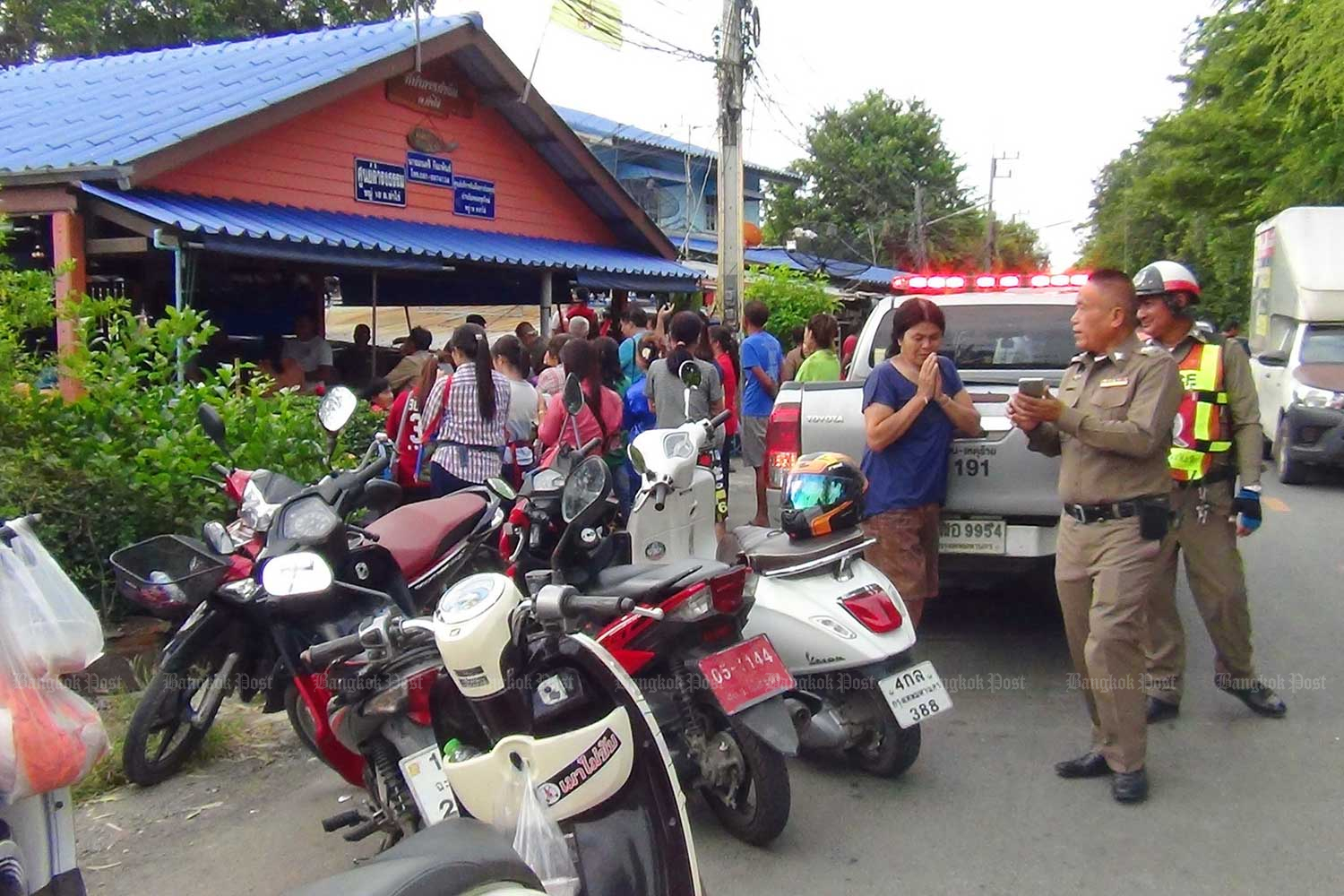 People gather in front of the kamnan's house in tambon Tha Khai in Muang district of Chachoengsao. The local leader was shot and seriously wounded by his wife, who also killed herself. (Photo by Sonthanaporn Inchan)

CHACHOENGSAO: A 38-year-old woman with throat cancer and other illnesses shot her husband in the head and then killed herself at their house in Muang district.

Neighbours said later the woman was stressed by her illness and her husband, the local kamnan, was popular and good looking, and this may have fuelled her actions.

The shooting in tambon Tha Khai of Muang district was reported to police about 7am, police said on Thursday.

Pilaiwan Khamdee, 38, was found dead on her bed inside the one-storey house.

Her husband, Montri Kimaphan, 42, was also lying, bleeding and seriously wounded on the bed. He had been shot in the forehead.