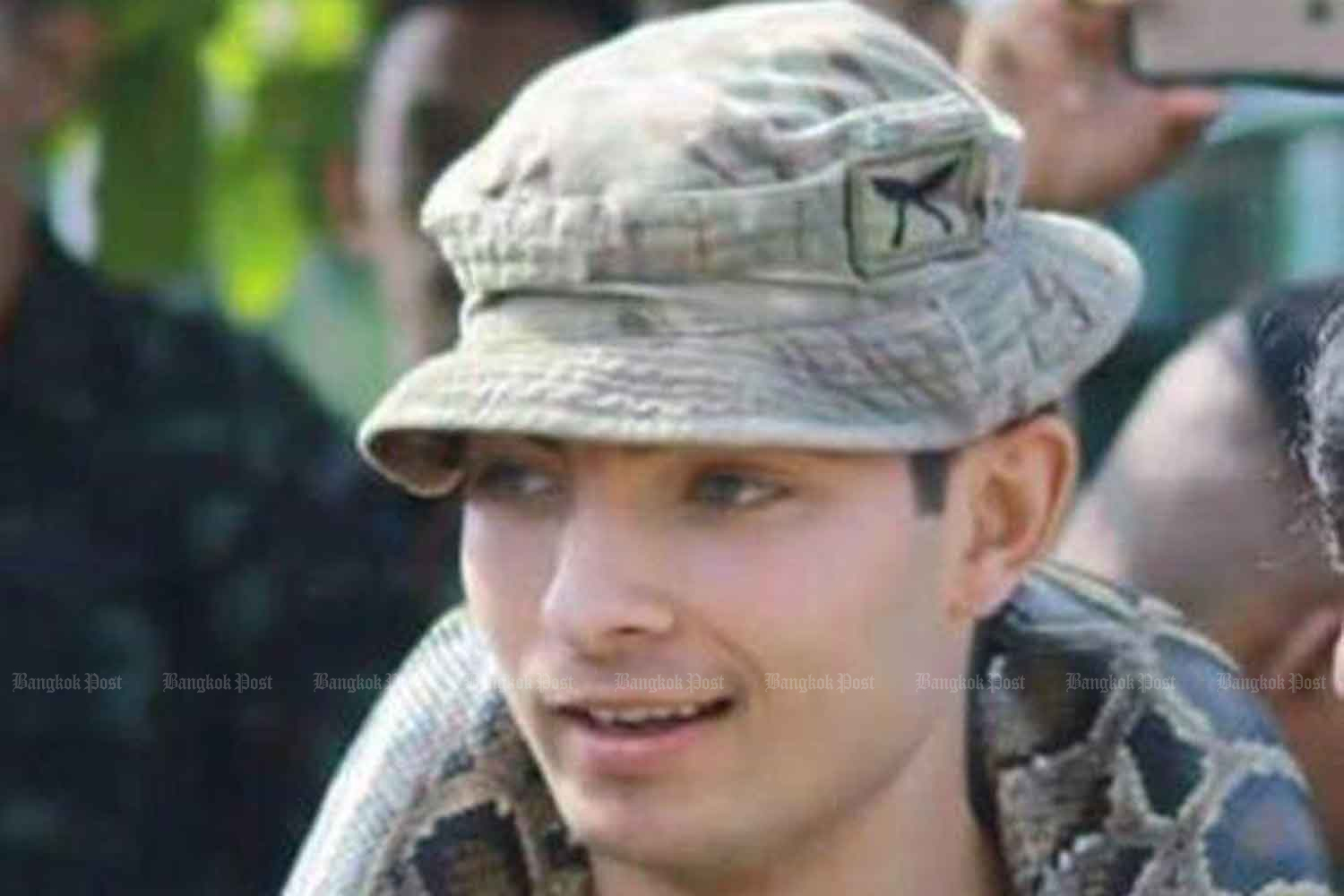 A photo of a British soldier, said to be Atkinson junior.

A joint army exercise between Thailand and the United Kingdom suddenly caught the public's attention with reports that the son of Rowan Atkinson, known for playing "Mr Bean", was among the troops.

Lt Benjamin Atkinson, 26, was one of the 120 British soldiers from the Gurkha battalion taking part in the drill code-named "Panther Gold 2019". A photo of a British soldier, said to be Atkinson junior, with a python wrapped around his shoulders has been circulating social media.

It was believed to have been taken during a survival training session in which troops are taught how to identify poisonous animals.

The joint exercise, the second of its kind between the two countries, aims to enhance military capabilities and ties. It was held between Nov 11 and 17 in Nakhon Ratchasima.