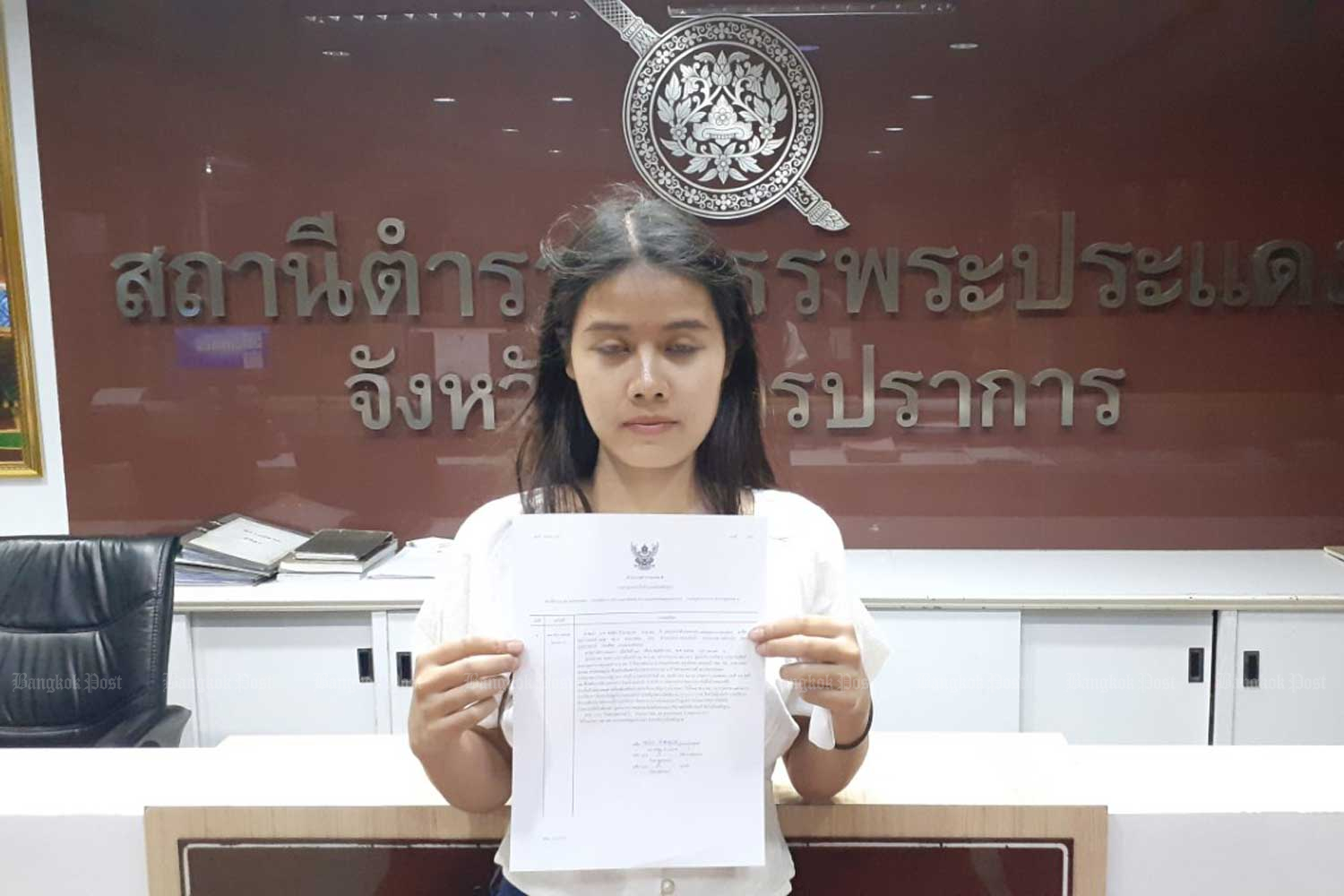 Pornthida Chamnanwet, 23, shows her written complaint that her husband had taken off with their winning 6-million-baht lottery ticket, at Phra Pradaeng police station in Samut Prakan on Sunday night. (Photo by Sutthiwit Chayutworakan)

SAMUT PRAKAN: A 23-year-old woman complained to police that her husband had fled with their winning lottery ticket, worth 6 million baht, even though they had agreed to share the money equally.

They had cashed in a ticket for a three-digit prize with a lottery vendor on Nov 9. At the same time they bought two more government lottery tickets, one of which she picked.

The ticket she chose, 017223, won a 6-million-baht first prize in the draw on Saturday.

They had recorded their win at Phra Pradaeng police station, had their photos taken with the ticket and also signed their names on it, Ms Pornthida said. Then they returned to their room.

Overjoyed, they agreed to divide the prize equally between them, and were planning how they would each spend their share, she said.

On Sunday evening, Ms Pornthida said, Mr Wijak told her she would have to make do with only 2 million baht. She asked why. Then they had argued. Her husband told her to go to court, and walked out, she said.

Ms Pornthida asked police to prevent her husband cashing in the ticket and said she would also ask the Government Lottery Office to block payment.