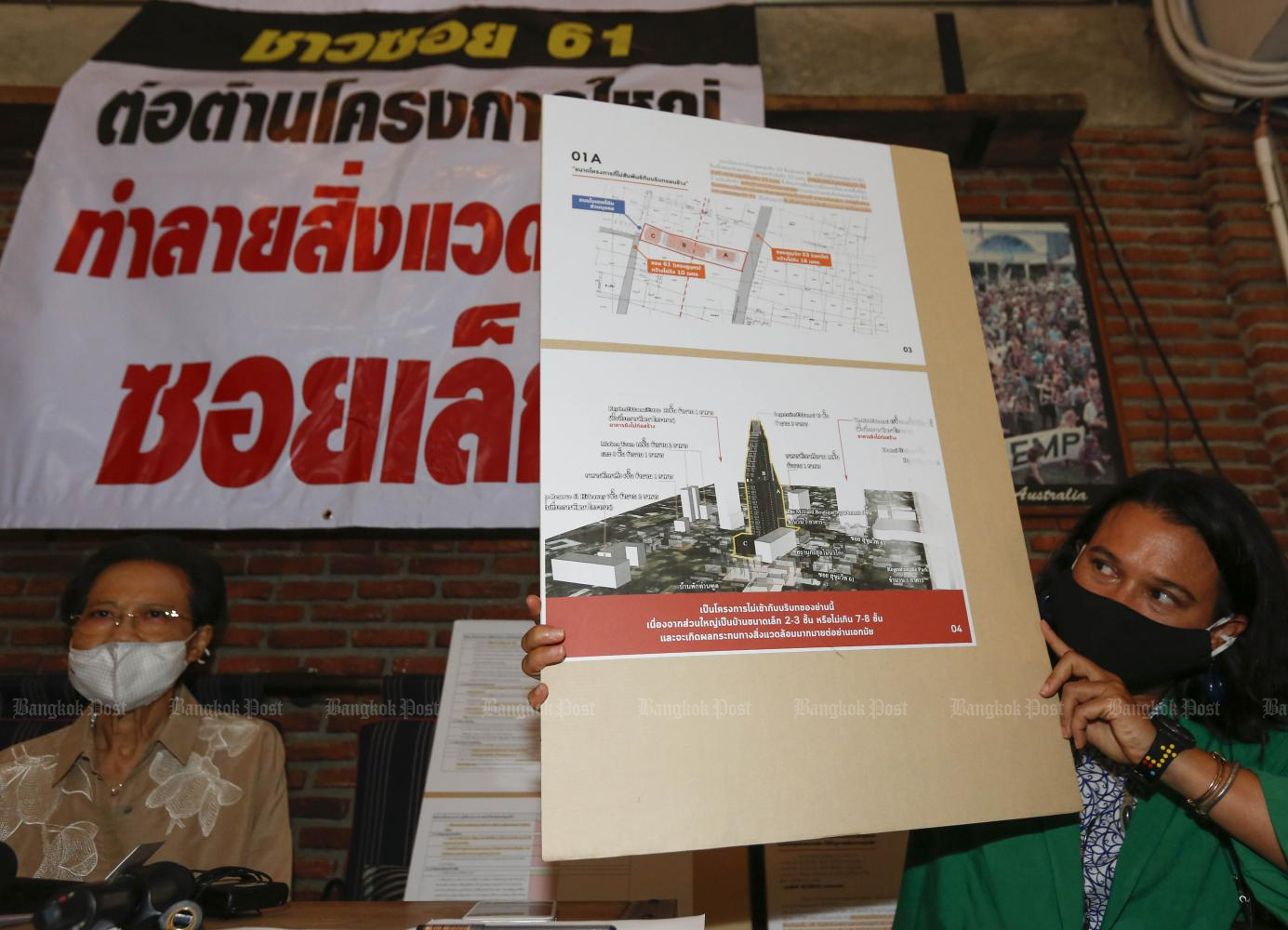 Residents of the Soi Sukhumvit 61 community in Bangkok hold up images of a controversial new condominium project they say is too high and problematic to be located in their small area. Pattarapong Chatpattarasill

Residents of Soi Sukhumvit 61 are protesting against a luxury 43-storey high-rise condominium, which developers are planning to build on the street.

The project -- called "Impression Ekkamai" -- sits on a large plot of land which straddles sois Sukhumvit 61 and 63. The condominium has yet to be built as its developer is still waiting for its Environment Impact Assessment (EIA) to be approved.

If cleared, three buildings -- a 16-floor car park, a 25-floor and 43-floor residential towers -- will be constructed.

The planned construction has caused worries among residents in nearby communities, where Khunying Chada Wattanasiritham -- chairperson of Siam Commercial Foundation -- and other prominent families have been living for decades.

Khunying Chada and other residents said the condominium is too large for the small lanes near Soi 61 and 63. The project, she said, does not meet requirements listed in the EIA, which state that buildings on small sois must not be more than seven storeys and/or 23 metres in height.

The Bangkok Post has contacted the developer of Impression Ekkamai, but they could not be reached as of press time.

If built, the condominium will change wind direction, cast a shadow over the neighbourhood, raise doubts over wastewater management, increase fire risk and cause traffic along the soi, said Khunying Chada.

"The traffic is already bad. An increase of between 300 and 400 [condominium] units will only make things worse," Khunying Chada said, referring to the subsequent increase of cars once the project is finished.

Complaints against large condominium projects in big cities are on the rise, with Narumon Mekborisut, of the Foundation for Consumers, saying that her foundation has received 64 complaints about illegal high-rises in Bangkok alone.

Many EIAs of large projects in Bangkok were compiled with "false information" which caused caused conflicts with nearby residents, she said.