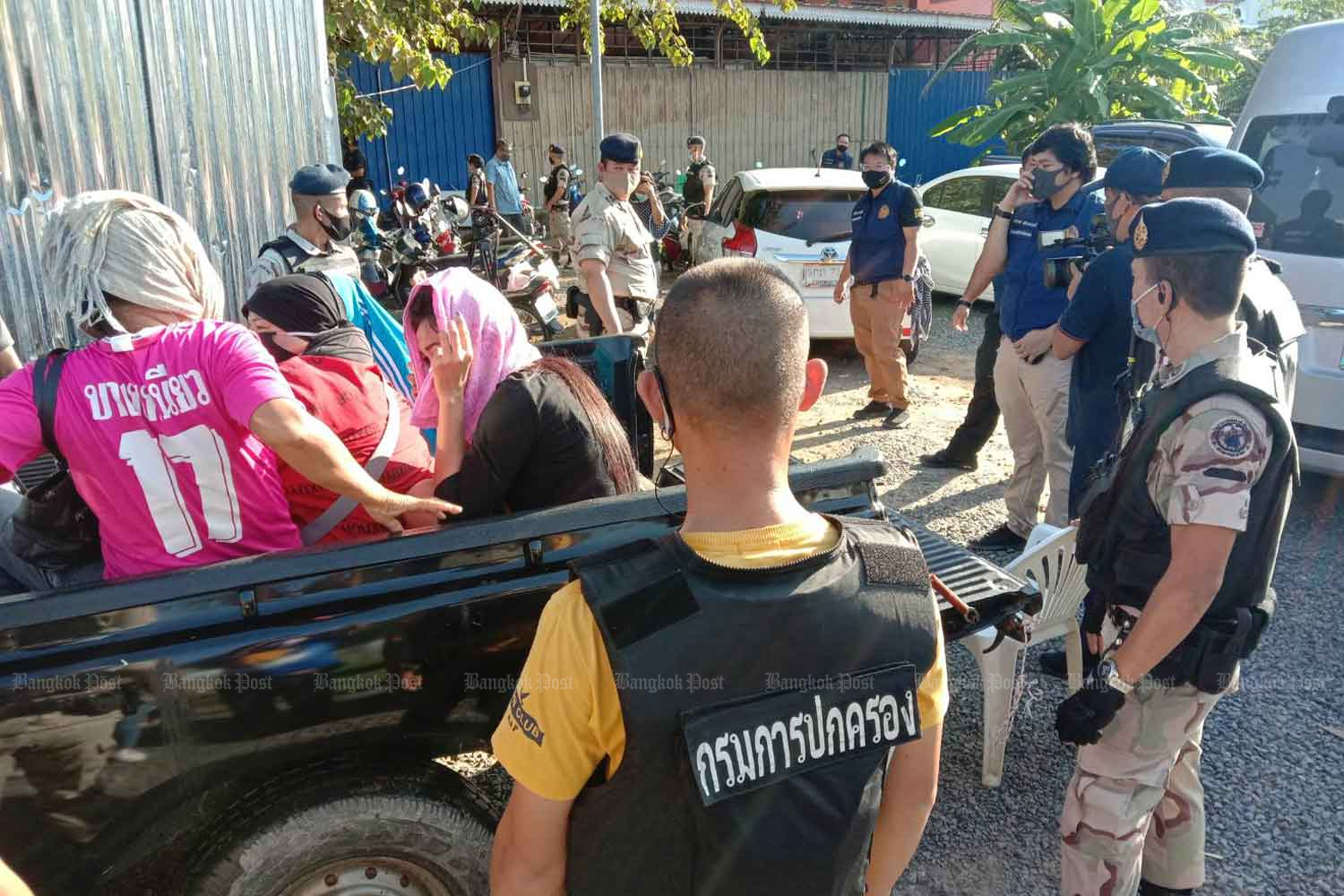 Some of the gamblers arrested at a casino operating in Muang district of Phuket are loaded on a pickup before being taken to a police station on Tuesday. (Photo: Achadtaya Chuenniran)

PHUKET: Two casinos were raided and 87 gamblers arrested on Tuesday.

The raids followed complaints of gambling dens operating around the clock in the middle of the island.

The first casino, raided about 3.30pm, was operating in a building with parking space for motorcycles and up to 30 cars.

About the same time, a second team raided another casino in Thalang district. A total of 42 people - 22 men and 20 women - were arrested and 64,260 baht seized.

All were charged with illegal gambling and violating the emergency decree.