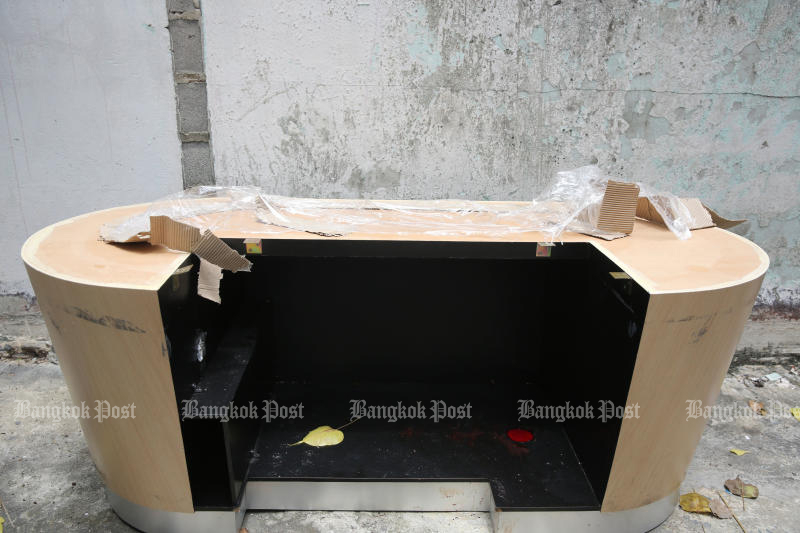 The Baccarat table found outside the gambling den in Yannawa district on Monday. (Photo: Wichan Charoenkiatpakul)

A video spreading on social media shows men removing the security cameras at a gambling den in Bangkok's Yannawa district where four people were shot dead on Monday night, one of them an off-duty police major.

"Remove all (cameras)," says a man in the video. "Use pliers to cut all electrical wires," another says.

"Any motorcyclists have chains? Use them to lock the doors," the man added.

The clip, clearly taken surreptitiously,  also shows men taking some equipment away. A blood-stained Baccarat table was found dumped behind the building.

It seems to explain why police were able to say they found no security cameras inside the premises when they arrived 30 minutes after the fatal shootout.

There had been about two dozen cameras inside and outside the building.

A police major was killed by a man he had reportedly been arguing with over a gambling debt. Two women were also hit and killed. The shooter was then shot dead by another man, said to be a casino employee, who ran away.

Former MP Chuwit Kamolvisit told Spring News on Wednesday the gambling den had been operating for more than 20 years and was run by a man known as "Hia Tee".