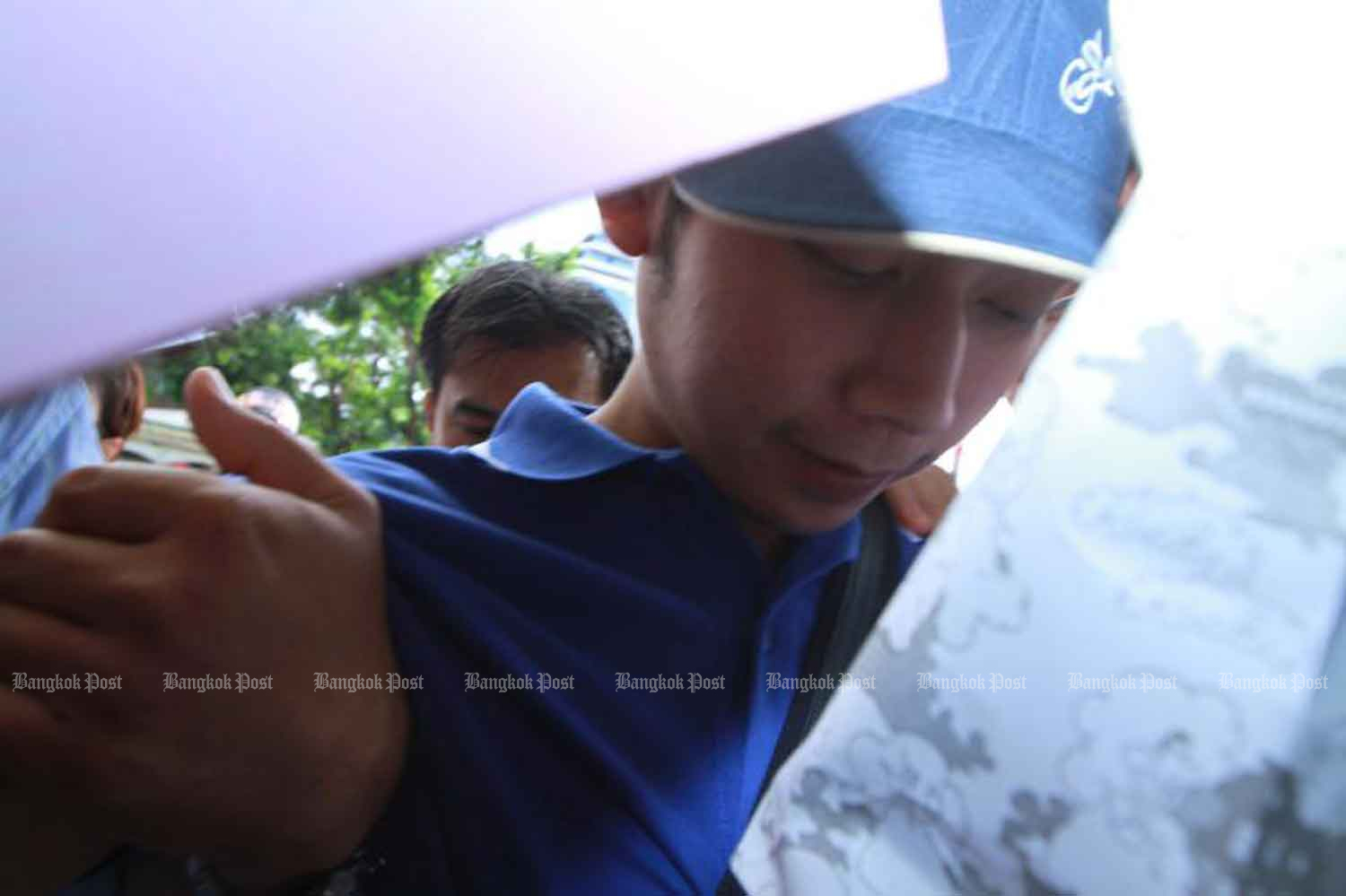 Vorayuth Yoovidhya is brought to the Police General Hospital in Bangkok to undergo a blood test in September 2012. (Photo: Somchai Poomlard)

Mr Vorayuth was wanted on manslaughter charges over the hit-and-run death of a police officer in Bangkok in 2012.

The IB on Thursday said it removed Mr Vorayuth's wanted status over a police arrest warrant which was no longer relevant.

It said the status was deleted after IB officials were asked to do so by Thong Lor police, who cited the public prosecutor's decision to not indict Mr Vorayuth over the case.

The decision to not indict Mr Vorayuth caused an uproar among the public.

Prime Minister Prayut Chan-o-cha said he would form a team to look into the case.

The IB's action is in conflict with Vicha Mahakun, who heads an independent panel formed by Gen Prayut, who said that the Southern Bangkok Criminal Court has not yet revoked Mr Vorayuth's arrest warrant.

Mr Vicha said panel members learned from the court's chief judge that police had requested the warrant be cancelled, a move opposed by a group led by former Bangkok senator Rosana Tositrakul.

Ms Rosana had petitioned the court against fulfilling the police request, he said.

Mr Vicha said the police withdrew their request after the court asked them to do so.

Additionally, a panel formed by the Royal Thai Police to investigate Mr Vorayuth's hit-and-run case on Thursday examined the testimony of Pol Lt Col Thanasit Taengchan, an officer from the Office of Police Forensic Science, who inspected the hit-and-run scene, according to a source.

The panel is expected to wrap up the investigation and report its findings by Aug 13.

Police are reinvestigating the case after prosecutors asked why the speed of Mr Vorayuth's Ferrari was not mentioned in his original case file.