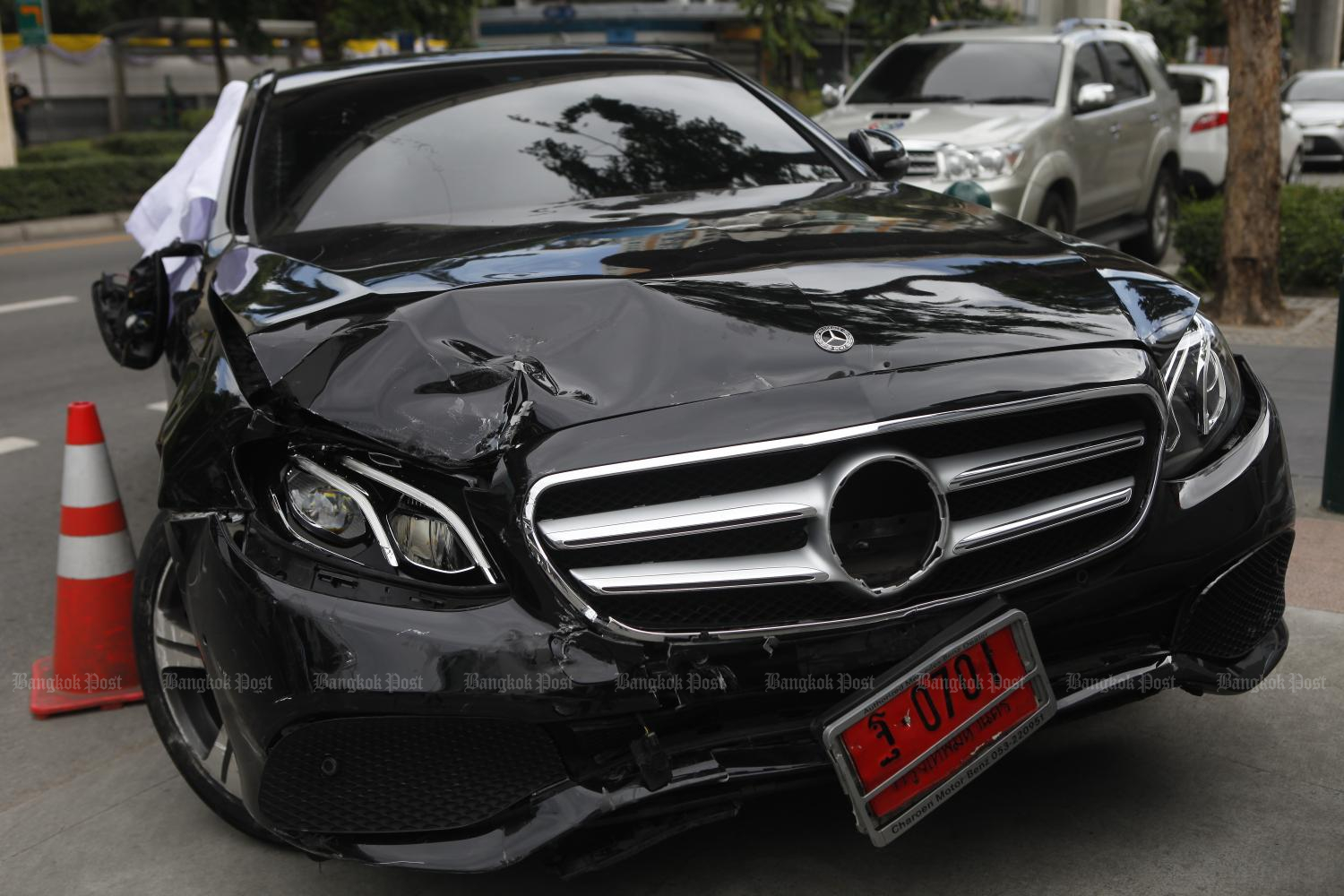 The Mercedes-Benz is seen with damage after the incident

Police on Wednesday pressed four charges against a 37-year-old businesswoman who allegedly smashed several vehicles in a one-hour rampage in Bangkok late on Tuesday night.

After a chase involving police and rescue workers, Vitchuda Witthayasinthana was detained after her Mercedes Benz crashed into a car in front of an office building in the Tao Poon area.

She appeared drunk and her blood alcohol was measured at well above the legal limit of 50 mg/dL. Police heard of the incident at 11pm when Ms Vitchuda allegedly rammed her car into others near the Khae Rai intersection in Nonthaburi.

Police tried to stop the car, which headed into Vibhavadi-Rangsit Road, Phahon Yothin Road, Kamphaeng Phet Road and Rama VI Road, but were unable to until it hit another car in Tao Poon.

The incident left Ms Vitchuda and several others injured, with four cars and two motorcycles damaged. She was taken to Bang Sue station and faced four charges -- drunk-driving, reckless driving causing injuries, failing to stop to provide assistance and obstructing officers -- and might face additional charges as police in Nonthaburi were also investigating.

At least three people, including a policeman, who were injured during the drama have filed complaints against her.

As she was taken to the Police Hospital for tests, Ms Vitchuda blamed her rampage on learning that her bank accounts had been frozen. She claimed she had been cheated by her business partner.

She apologised to the victims and said she had refused to stop as she was afraid of being harmed.