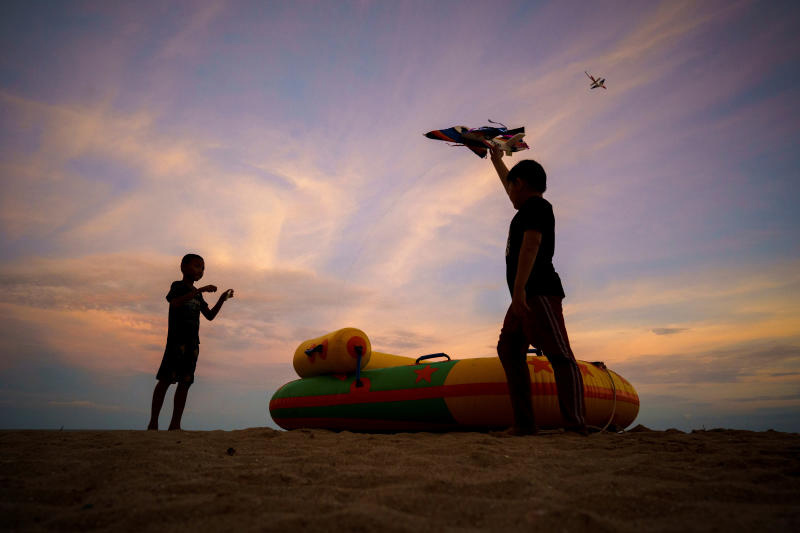 Children fly a kite at Cha-am beach in Cha-am district of Phetchaburi province on Saturday. The Covid-19 panel extended the emergency decree for another month ahead of the government allowing some tourists to enter the kingdom. (Reuters photo)

The government will extend the state of emergency through October and approve special tourist visas starting next month after a six-month gap, say ministers.

The Centre for Covid-19 Situation Administration chaired by Prime Minister Prayut Chan-o-cha on Monday approved the extension through Oct 31, according to Deputy Prime Minister Wissanu Krea-ngam.


After the panel endorsed the measures, the cabinet will likely give them the final green light on Tuesday.


The one-month extension to the state of emergency would be the sixth since the initial order in March. The emergency rules allow the government to enforce mandatory quarantines and streamline disease-control plans without multiple approvals from various agencies. The measures were set to end on Wednesday.

Thailand has managed to control the coronavirus outbreak quickly and to gradually restart most parts of its economy since May. It has so far reported 3,545 cases and 59 deaths, and the majority of its recent cases were found in state quarantine.

However, the economy is on track for its worst contraction on record as the pandemic disrupted international trade and travel.

The limited number of visas to foreign visitors is aimed at testing the nation’s readiness for a wider tourism reopening in the coming months as part of its efforts to boost the ailing sector.

The government wants some foreign visitors to return because they made up two-thirds of the country’s tourism receipts before the pandemic, and many businesses are struggling to survive a long period without foreign visitors.