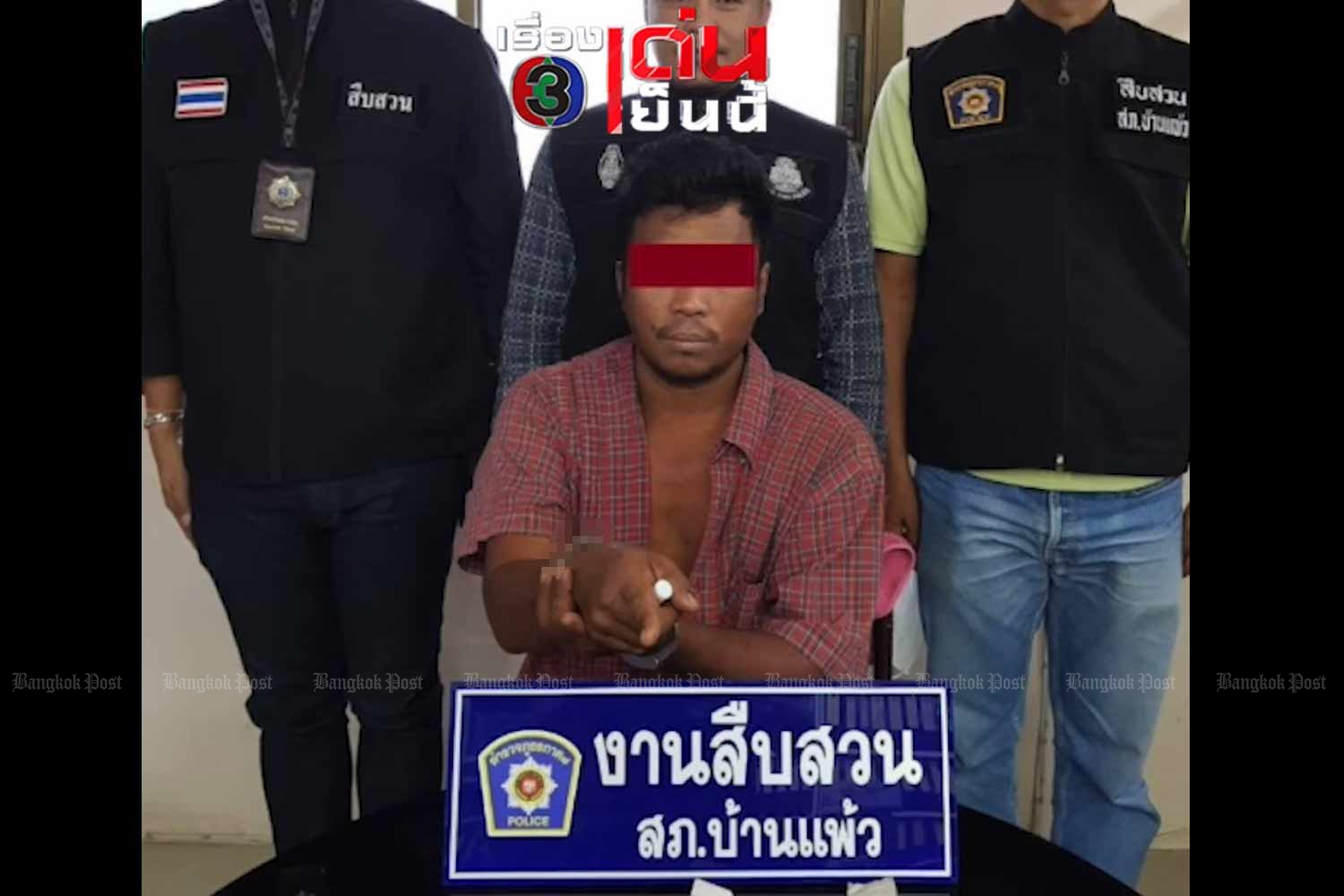 Yuth Wongthanom, 38, with police of the Ban Phaeo station in Samut Sakhon province on Thursday after being arrested for methamphetamine possession at his home. (Screen capture from TV 3 channel)

SAMUT SAKHON: A 38-year-old man who won a 12 million baht lottery prize last year has been arrested for welcoming the endless stream of friends to his new house with free methamphetamine pills.

Yuth Wongthanom was detained at his house in Ban Phaeo district on Thursday.

Local police arrived with a search warrant after learning the house owner regularly gave away methamphetamine pills to visitors. They found a plastic bag containing 31 speed pills buried near a mango tree in his backyard.

Mr Yuth told police that he had previously earned a living collecting vegetables for sale. His life took a sudden change for the better when he won a 12 million baht first-prize in the government lottery on July 16 last year.

He spent 7 million baht buying 4 rai of land and 3.5 million baht on his new house, and then had to welcome the regular stream of friends who came to visit him each day, Thai media reported.

As he was addicted to methamphetamine himself and managed to buy enough to treat his friends free of charge -- until word spread too far, and he was arrested.