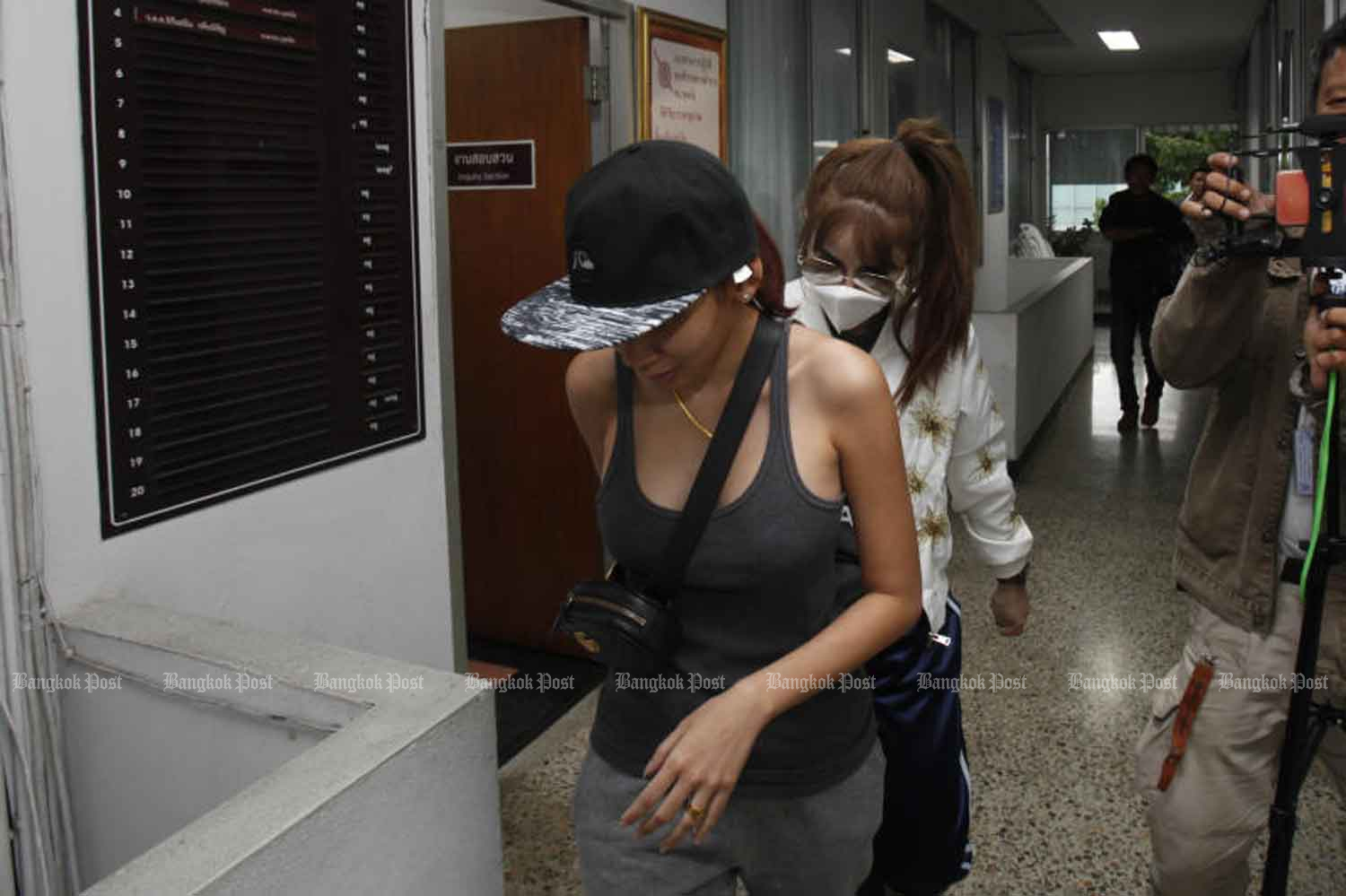 "Pretty" product presenters are called for interrogation at the Bukkhalo police station in Thon Buri district, Bangkok, on Sunday as police were investigating the death of their colleague Thitima "Lunlabelle" Noraphanpiphat. (Photo by Watcharawit Phudork)

It will be known on Monday if data from a smartwatch worn by product presenter Thitima "Lunlabelle" Noraphanpiphat is reliable enough to be used as evidence in the criminal investigation into her death, a police source says.

Thitima's mother handed over the device to investigators in the hope it could help solve the mystery surrounding her death, after netizens spotted what appeared to be a smartwatch on Thitima's wrist in a picture shared on social media.

Investigators hope data collected from the smartwatch, which the public sees as a crucial piece of evidence, will shed light on Thitima's death. Thitima was found dead on a sofa in the lobby of a Bangkok condominium last week.

The source said the smartwatch was forwarded to the Technology Crime Suppression Division (TCSD) for further examination, and the results due later on Monday.

Pol Maj Gen Samrit Tongtao, commander of Metropolitan Police Division 8, said the smartwatch takes records of the user's movements and heart rate which could be used to help figure out the user's activities.

"But first, investigators have to determine whether the data is reliable enough to be used as evidence," he said.