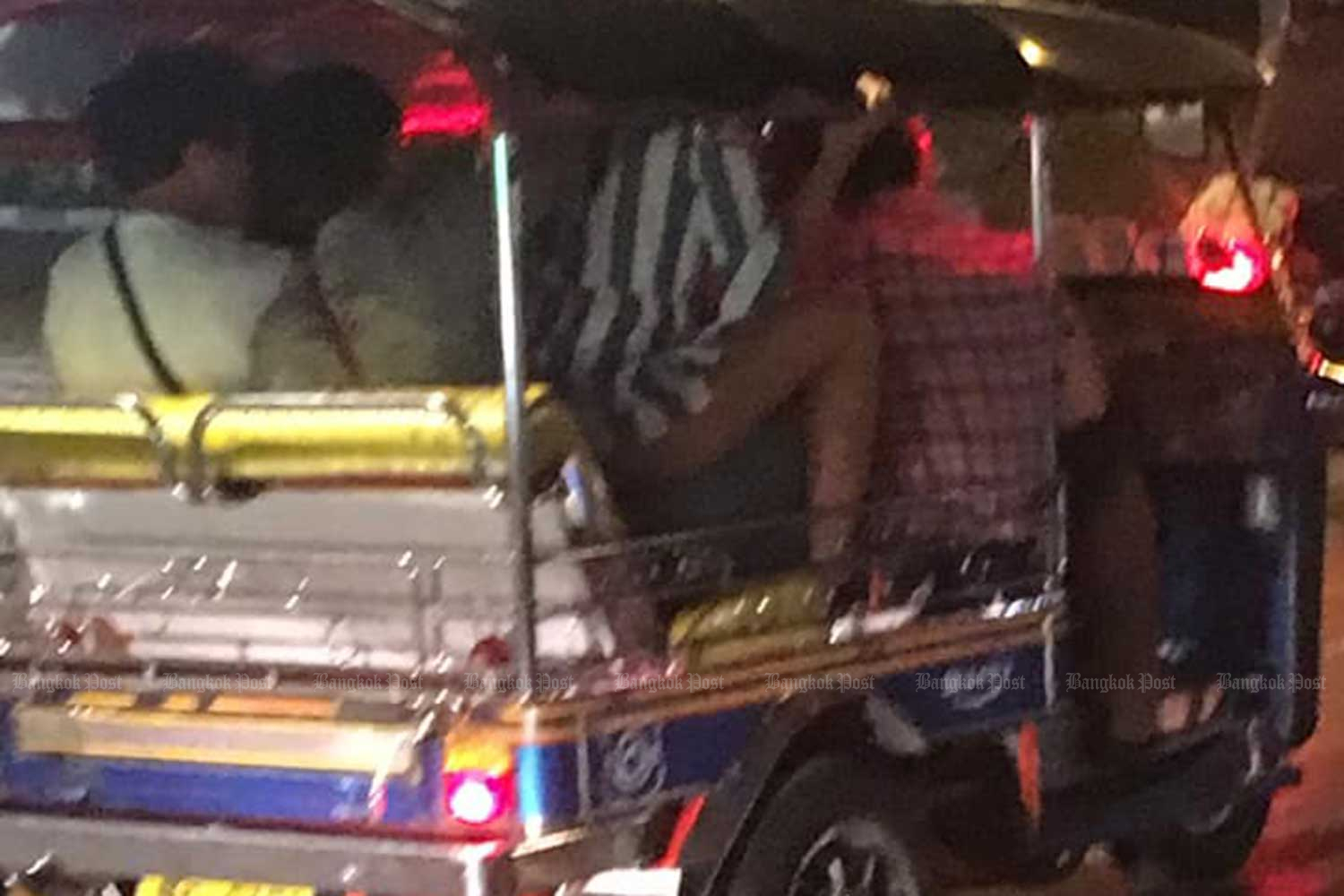 This woman seen sitting on the lap of a male passenger in a tuk-tuk on a Bangkok street and apparently having with him drew storm of criticism online after the two video clips went viral. (Photo taken from Khun-Khachen Facebook page)

Social media users were upset Friday over two video clips showing a woman sitting on a male passenger's lap and apparently enjoying sex with him in a tuk-tuk on a Bangkok street early in the morning.

The first clip showed five passengers - three men and two women - travelling in the tuk-tuk. One woman was seen sitting on a man's lap, lifting her skirt and appearing to be having sex. The clip was posted by Facebook user Khun-Khachen.

The same Facebook user then posted a second video showing the woman doing the same thing. A surprised voice was heard in the clip, “No underwear?’’

The two clips were widely shared online and drew sharp criticism of the woman and the man, saying their actions were inappropriate in a Buddhist country. They said police should investigate the incident.

The videos racked up more than 200,000 views before they were removed from the Facebook page. Thai media reported the incident.