The 25-year-old is currently starring in the period drama Likit Ritsaya (Envious Destiny), which airs every Wednesday and Thursday at 8 pm on Channel 7. Win says his role as a doctor is both a challenge and an opportunity to develop his talents. 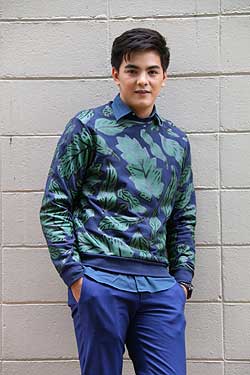 Student Weekly recently met up with Win at Channel 7 where he told us about his acting and his hobbies.

Student Weekly: Is it true that you wanted to be a musician when you were young?

Win: I was more interested in music than acting when I was younger, but I didn’t really have any specific goal in life at the time.

Student Weekly: How did you start acting?

Win: My family are friends with the TV promoter A Suppachai Srivijit and he offered me a chance. My parents always hoped that I’d get into acting so they really encouraged me to take the opportunity. I wasn’t sure what I wanted to do with my life so I gave it a try.

Student Weekly: You graduated from Rangsit University. What did you study there?

Win: I originally studied performing arts because my manager wanted me to learn more about performance and acting. But theatre isn’t really my style and I didn’t like it that much. So I studied film instead.

Student Weekly: Which show has helped you to develop the most?

Win: I think it was The Rival Heart. I wasn’t as nervous about acting and I could concentrate more. It was also a great experience because it was my first TV drama.

Win: It’s very interesting and challenging. I’m doing something different because my character, Dr. Auttakorn, is very a quiet and calm person. I had to stop myself from overacting. 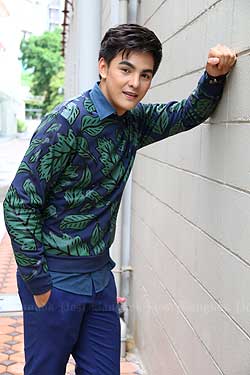 Student Weekly: Do you think that period dramas are harder to perform in than modern ones?

Win: Yes, probably. The biggest problem for me was always the dialogue, because I had to control the tone and pronunciation. Everything needs to be clear and easy to understand.

Student Weekly: Which drama has been the most difficult?

Win: I think they’re all difficult in different ways, but Envious Destiny has probably been the most challenging. Before filming, I had no idea what it was like to be a doctor. And it’s more difficult because it’s set in the past. I had to understand the job and how a doctor would act with his patients. I’d often get too excited when I saw a sick person or somebody fainted. The director had to remind me that I was a doctor. [Laughs.]

Student Weekly: What type of show do you enjoy the most?

Win: I really like action. Working on Kah Ma Kon Deaw [I Come Alone] was such a fun experience. I have a very lively personality so it suited me.

Student Weekly: Besides acting and singing, do you have any other hobbies?

Win: I’m interested in sports like skateboarding and surfing. In the past I tried hip-hop dancing too, but I wasn’t very good. Nowadays, I really enjoy cycling. 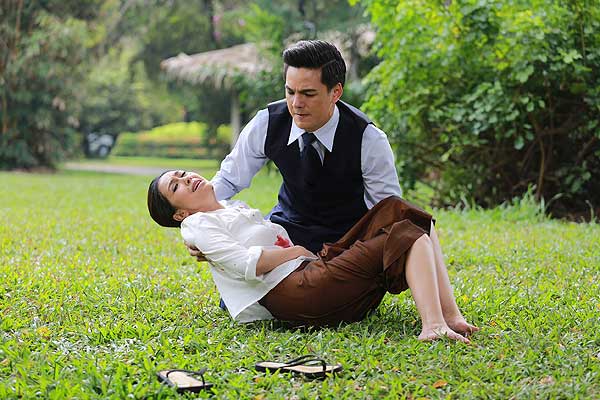