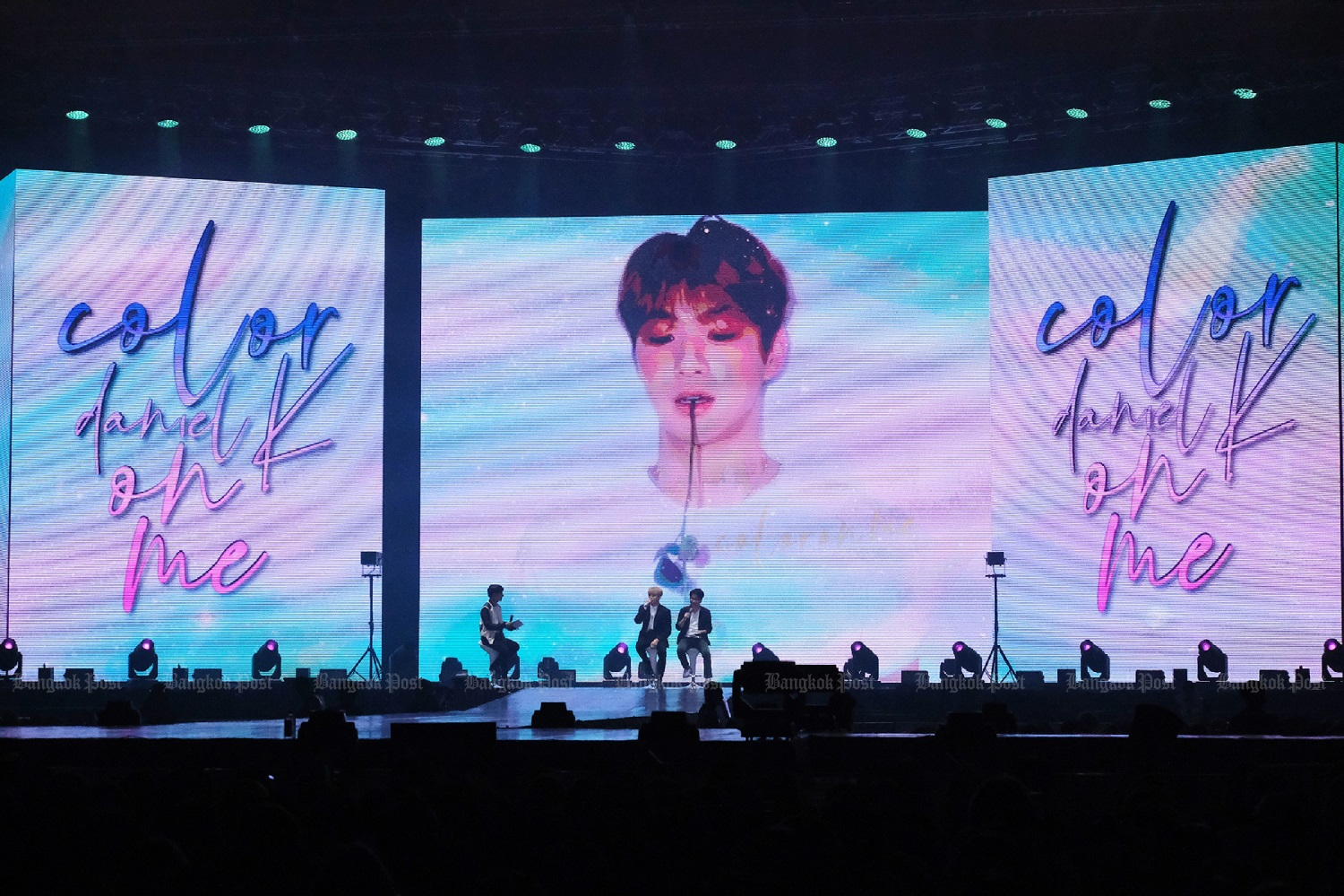 Before the K-pop sensation Wanna One disbanded, the main rapper and dancer Kang Daniel was the most popular of the group due to his charisma and talent. At that time, everything he touched turned into best selling products, such as clothes and accessories as well as magazines. In January, he ranked fourth on the 40 most powerful celebrities in Korea list and his Instagram account ThisIsDaniel_K, set the record for the fastest to reach 1 million followers. It only took 11 hours 36 minutes. But his bright future suddenly became uncertain when Daniel had a legal dispute with his agency. But he won the lawsuit and opened his own company, Konnect Entertainment.

His five-track solo album Color on Me sold more than 340,000 copies on the first day, and Daniel went on tour in Singapore, Thailand, Taiwan, Malaysia, Philippines, Australia and Hong Kong.

On September 7, the 22-year-old met up with 8,000 Thai fans at Bitec for “Kang Daniel Fan Meeting: Color on Me in Bangkok”. The singer appeared in a silver shirt and a black suit to perform “Through the Night”. He looked worried during the first song as he had trouble with his earpiece. Thankfully the MC, DJ Nui Thanawat, helped Daniel relax.

During the interview session, the singer said that his favorite Thai dish was sticky rice with mango. DJ Nui joked that he could stop by at the 8,000 fans’ houses for free sticky rice and mango. Before arriving in Bangkok, Daniel announced the official name of his fan club “Danity.” He explained that Danity meant every special moment he shared with his fans.

As a rapper and dancer, Daniel wasn’t so confident of his singing. When he was asked to sing a song he’d listened to lately, he was shy and it took him a while before he could sing “Love,” originally sung by Dean and Syd. Daniel’s singing was adequate. He explained that it wasn’t easy to sing because part of the song was sung by the female singer Syd.

Daniel got crazy screaming and cheering from his Thai Danity. The fans loved whatever he did. During a random dance challenge, the singer forgot the choreography of Got7’s “Hard Carry.” DJ Nui said his fans would be happy if he just moved his fingers. He took the advice. On Rain’s song “Rainism,” instead of dancing, he just moved his fingers. As a result, the fans screamed extremely loudly. 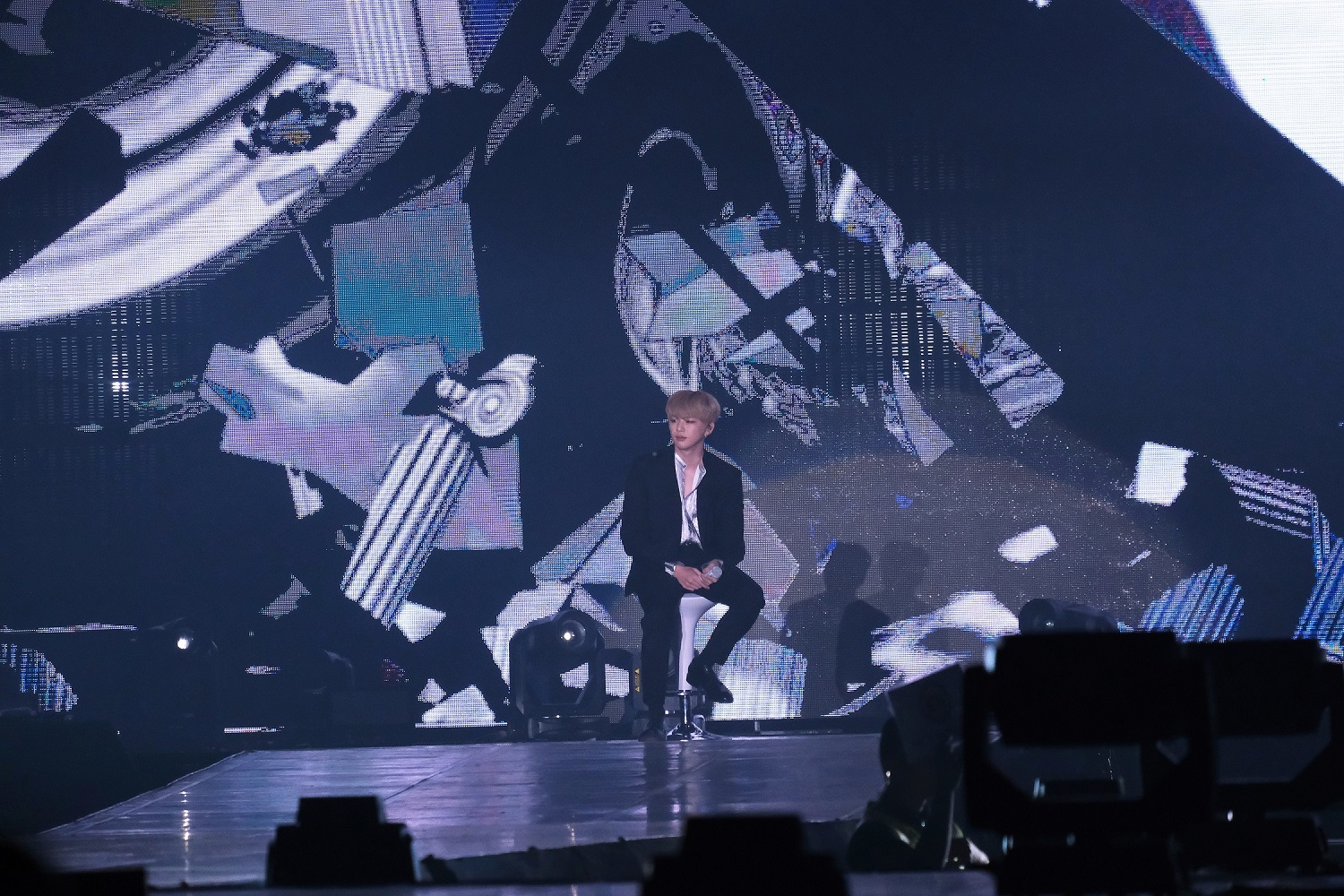 His performances on "What Are You Up To" and "Horizon" were remarkable. He enjoyed himself even more when the fans sang along with him. At the event, Thai fans created a video for him. The video included lots of messages from Danity who didn’t give up on him during the lawsuit.

After watching the video, the singer confessed there was a moment that he couldn’t say anything. At that time, he thought that he probably wouldn’t have a chance to perform again. He remembered how Danity around the world encouraged him. The singer thanked his fans for their support, so he could return to performing. He said although the fans spoke different languages, they tried to understand him and he felt good about it. He later urged the fans to smile and be happy with him. Daniel said farewell to Bangkok after he sang “I Hope” which he wrote specifically for the fans. The song says he won’t let them down.  After the show, he posted his photos from the fan meeting on his Instagram account with the description, “Bangkok, it was fun”.