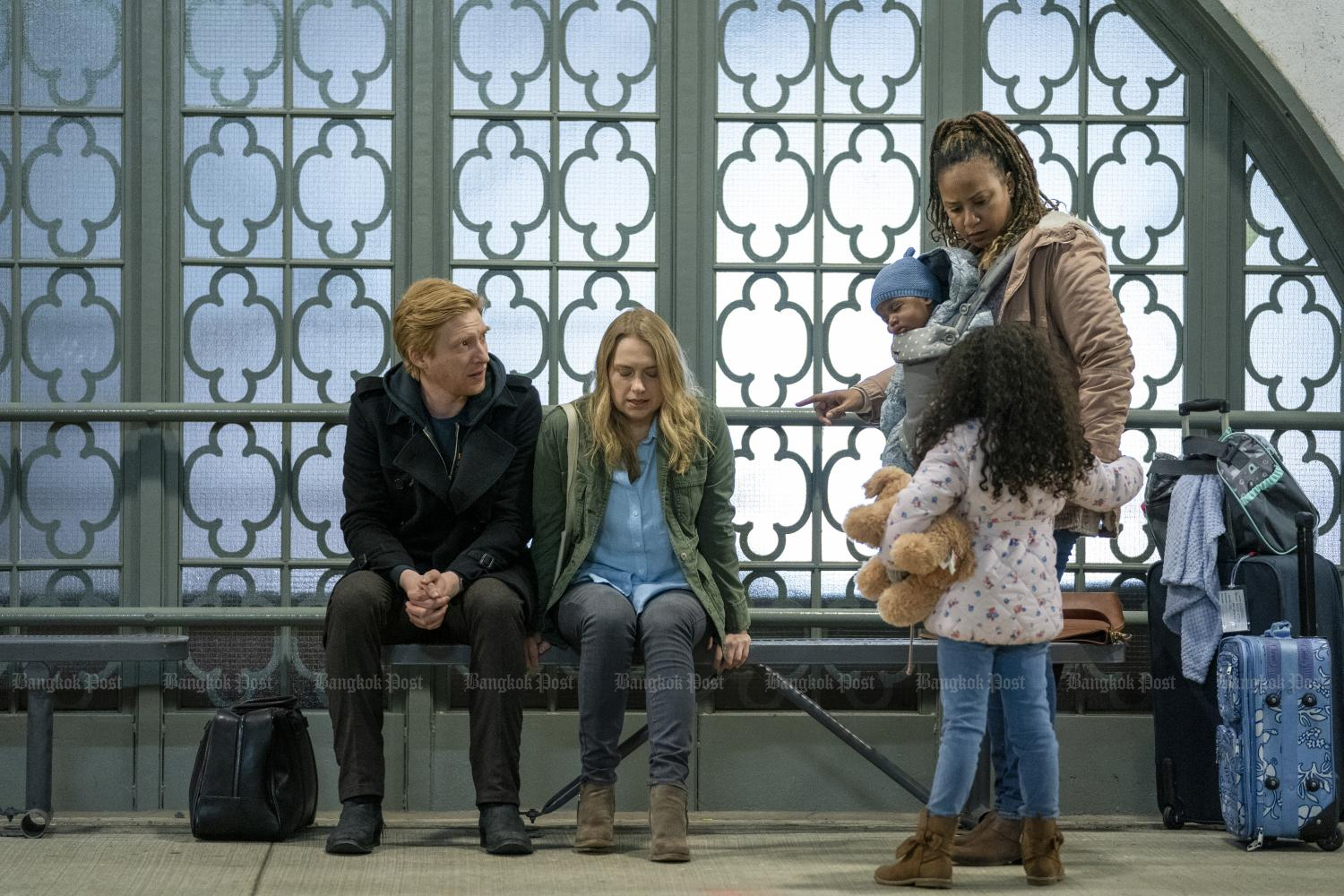 Would you go on the run with your ex?

Did you ever make a promise with your childhood friend? And would you still keep that promise 17 years later? That’s what happens in HBO’s new comedy thriller series Run. Irish actor Domhnall Gleeson and American actress Merritt Wever play a former couple who decide to escape their ordinary lives after texting each other “RUN”.

Run follows Ruby Richardson (Wever), whose life is turned upside-down when she receives a text from her old college boyfriend Billy Johnson (Gleeson). They made a promise 17 years ago that, if one of them texted the other the word RUN, they would drop everything and meet in New York. They begin an exciting roadtrip across America filled with drama, as we try to discover the truth about Billy. The seven-episode first season recently began on HBO in Thailand.

The new show also marks the first major TV role for Gleeson, who recently played General Hux in Star Wars: Episode IX - The Rise of Skywalker. In lockdown in Dublin, the 36-year-old actor recently spoke with Bangkok Post over the phone. The actor discussed his experience working on the new series, and his life in general during the Covid-19 pandemic.

There’s something strange in the relationship between Billy and Ruby. What can you tell us about them?

For Billy’s character, yes, there’s something going on that he’s running from as well as towards, which I think is a really important question in the show. And we find out quite a lot about his story and secrets. I also think he’s finally beginning to question whether he’s a good person, or whether he’s good enough for somebody like Ruby. I think she’s been his escape plan forever.

Merritt is an extraordinary actor. And she has been brilliant in basically everything. I really enjoyed building the relationship with her and never had any concerns about the chemistry between the two of them because if you got good actors there’s nearly always good chemistry. And again, I was very lucky to be working with this level of talent.

A lot of the show is set on a train. How much was shot on a real train?

I think we shot maybe a day on a real train. And the rest of it was on the studio set. They knew that most of the show’s gonna be set on a train, so they built these two carriages of the train. And then they have these huge screens for each one of the windows as it went across America. So each window has its own climate, as a replay on over and over to make it look even more realistic. And whatever way that works made me want to puke up my lunch almost every single day [laughs]. So it was an amazing setup and I think it looks fantastic in the show.

You’ve worked on all kinds of movies before, but you’ve said comedy was your favourite. Why?

I love being able to do different things. I enjoy comedy, but if I could only do comedy I wouldn’t be that happy, you know. But the films I enjoy, or have enjoyed the most sometimes are the ones where there are opportunities to be funny, but they’re not necessarily full comedies.

How are you dealing with the Covid-19 lockdown?

In the last couple of weeks, where you look at the map of the world with the red dots growing, you feel like you’re in some terrible disaster movie or something like that. It just feels like it’s not real life. I feel like I’m in a movie, which is so bizarre. I just miss my family and my friends terribly. But I’m no different from anybody else on the planet at the moment.

Section 1: Write the correct answer in the space provided.

Your character, Billy, is a successful life guru. Are you …14… in this kind of self-help content?

It sounds very interesting and …15… . But I’m very lucky in that my friends and the family have always been very …16… and helpful. They’re understanding when it comes to advice and to feeling that somebody’s in trouble, or …17… . I’ve just looked …18… to home and been very lucky with the people I have when it came to situations where I needed help with my …19…. health.

16 A. sensible B. sensitive C. sensual

17. A. struggled B. struggle C. struggling

20. a statement that tells someone that you will definitely do something ……………

22. things that are known about by only a few people and not told to others ……………

23. the good relationship between two people …………