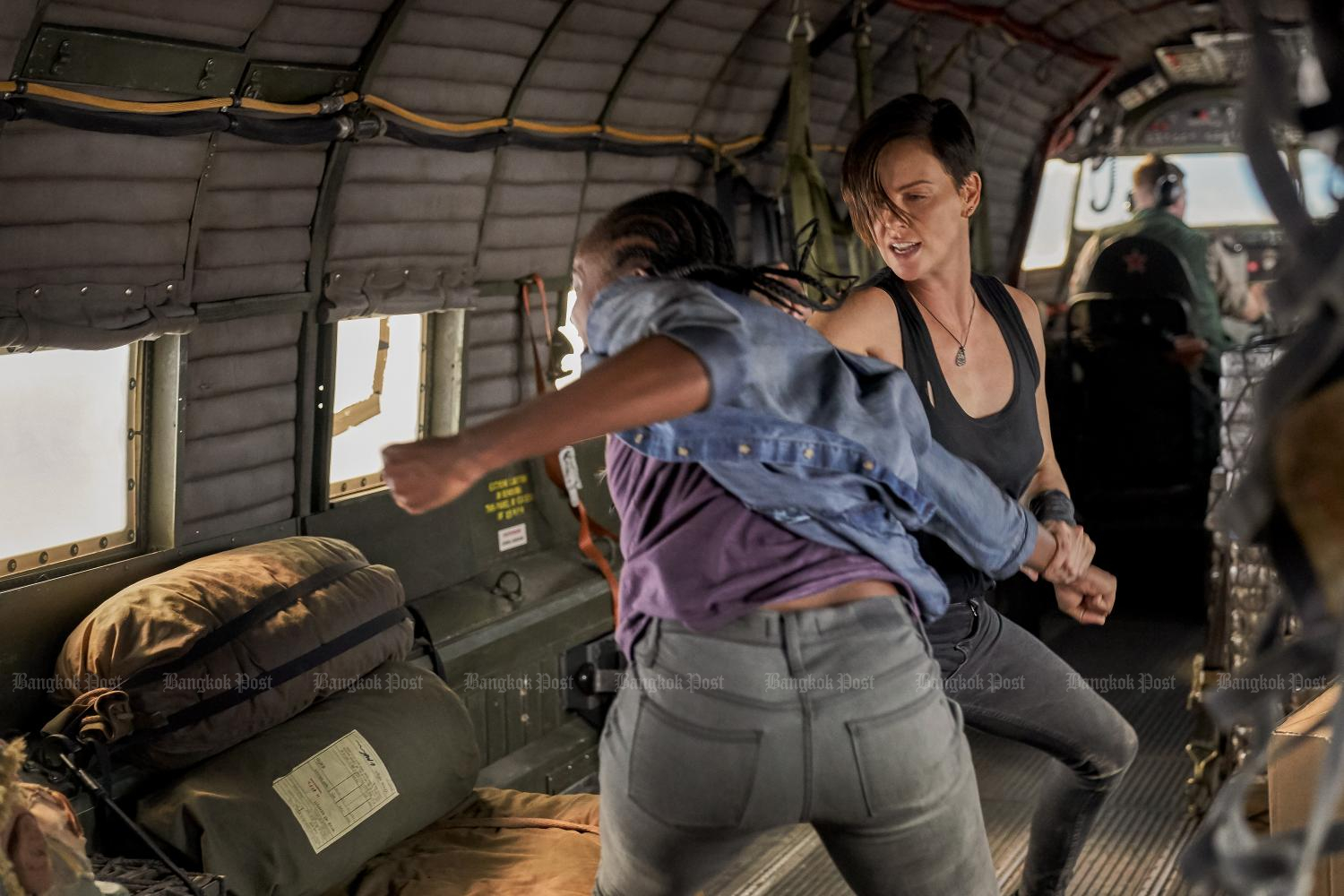 A gang of immortals kick some butt

A shower of bullets. Getting shot in the head. A bone-breaking fight on a plane. Life is tough for a group of mercenaries in Netflix's latest action movie The Old Guard, but luckily they can't be killed. However, the leader of the group, played by Charlize Theron, discovers their secret has been exposed as she takes on a new member who has risen from the dead.

The Old Guard, adapted from the comic book of the same name, packs action and butt-kicking moments as it follows Andromache of Scythia (Theron), or Andy, and her fellow team of immortals on their missions around the globe as they are hired by those who can find and afford them. Soon, they all dream of a new immortal, US marine Nile Freeman (Kiki Layne). She was supposedly killed but is brought into the team.

Theron and Layne talked to us about the making of the film, ageing and empowering female viewers along the way.

"I really loved this juxtaposition of big sci-fi, but intimate emotion," said Theron. She has played badass women in the likes of Atomic Blonde and Mad Max: Fury Road. Coming into The Old Guard, the actress said what excited her -- in addition to Andy's character as a warrior -- was the world, the characters, and the relationship between them, especially Andy and Nile.

"Getting a chance to work with Kiki, an actress who just absolutely blew me away in If Beale Street Could Talk, I just feel there's so much potential to go and explore with really great actors," Theron added.

While Theron is experienced in this field, Layne has mostly been in drama films. In The Old Guard, she described the physical demands as being different from what she's previously done. She prepared for the role of Nile by going back to the comic, and then did lots and lots of training.

"We started training months in advance. So, that's weapons and military training since I was playing a marine. Boxing and martial arts too. All of that. That was the biggest difference but it was super important because that physicality is such a big part of how this story is told," Layne said. Bumps and bruises, according to her, were "part of the job" in order to tell the story right.

The Old Guard comes with many action sequences. One of the most memorable scenes is the fight between Andy and Nile around the first time they meet. The scene displays wonderful choreography as the two characters are getting physically acquainted with each other.

In preparing for action scenes, the cast teamed up with a stunt co-ordinator to discuss the broad scope and worked towards the actual shoot. Theron called the process "constantly evolving and changing" and may be subject to change when they arrived on location as different things could get in the way of the original plan.

With women at the forefront of the story, the two actresses also hope the film can be inspiring for young female viewers everywhere.

"I hope that they see and know themselves as being the hero -- the leader -- and staying in control and not being afraid," said Layne. "I think it's something really wonderful for young women to see these strong leaders who have the trust of the people they're leading. But there's also a lot of trust that you have to have for yourself in order to be at that position."

"Young girls, don't be afraid of ageing," added Theron. "It's great that a 20-something and a 40-something get to tell the story. I think that's something very powerful.

"The idea that the older generation knows more is not what we focus on in this film. It really is Nile's character, the young spirit, who shows and educates Andy on what it really means to live and the value of not stopping the fight. And so I loved that concept. I want young people to feel empowered by this film," Theron said.

Section 1: Answer the following questions in the space provided.

4. Layne had some small injuries during her training. True or false? …………….

A …14… of Andy and Nile's onscreen relationship also …15… that of Theron and Layne's bond in real life, said Layne.

"I'm …16… into this very different genre and experience and thankfully in my introduction to it, I got to work …17… Charlize. She's been so instrumental in …18… opening up doors for women in this genre and showing just how much we can lead and …19… as well," she said.