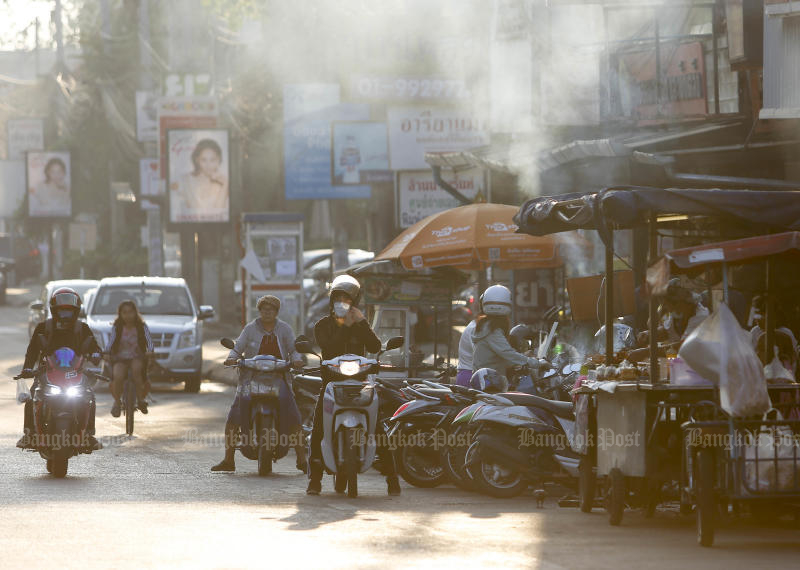 Fine dust levels were up again on Wednesday with the upper North hit hardest by the air pollution.

The level of PM2.5 peaked at 351 microgrammes per cubic metre in one of the worst-hit areas, Doi Tao district of Chiang Mai on Wednesday morning.

In the district, visibility dropped significantly while residents complained of sore eyes and itchy skin. Slash-and-burn farming was blamed for the heavy dust pollution.

In Phayao, 381 villages across nine districts were declared areas most prone to bushfires, with a ban on the lighting of outdoor fires being enforced until the end of April, which marks the height of summer.

Meanwhile, PM2.5 levels also rose again in greater Bangkok but were still on the "safe" side.