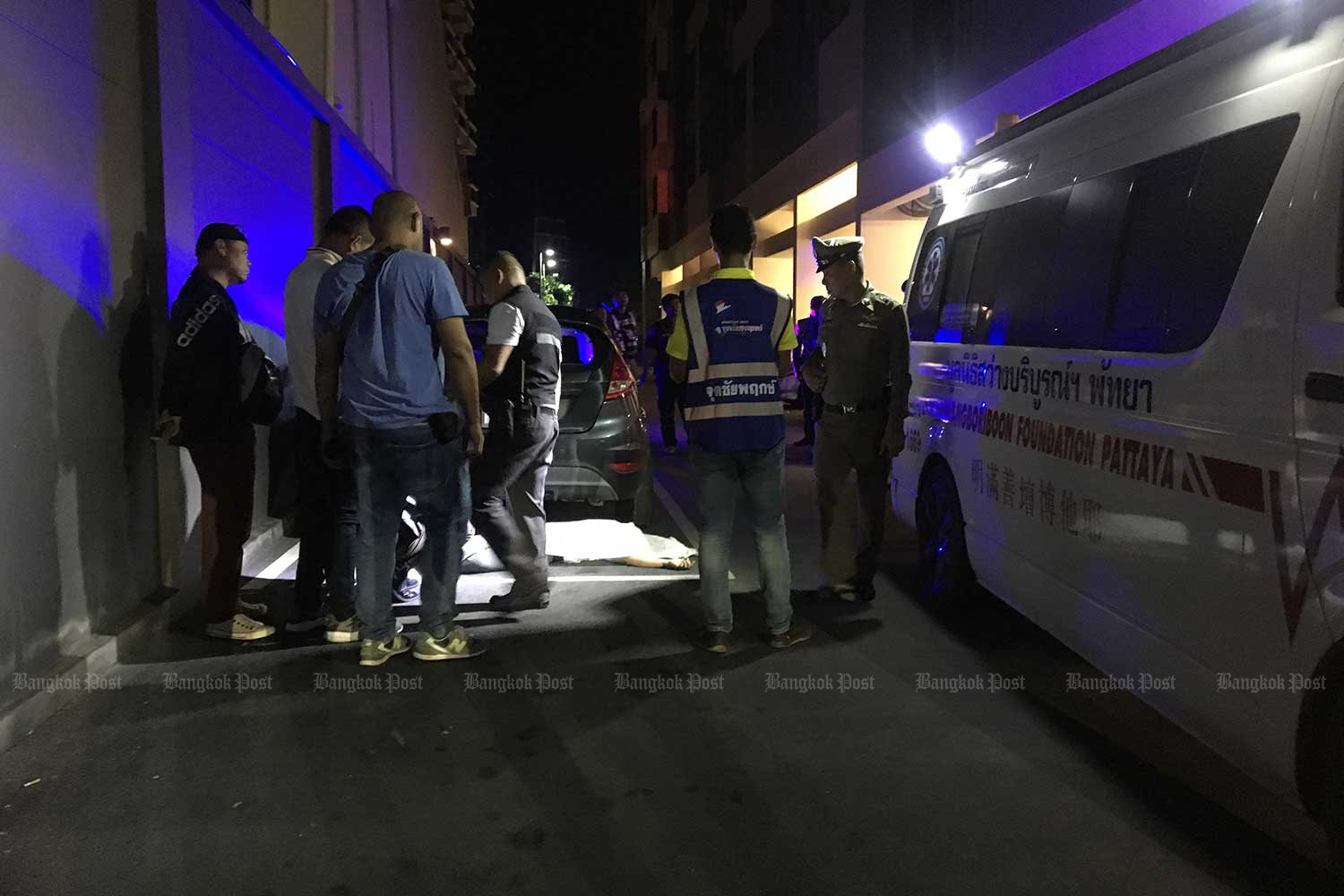 Rescue workers prepare to take the body of the South Korean woman found dead on the ground at a condominium building in Pattaya, Chon Buri, in the early hours of Tuesday. (Photo by Chaiyot Pupattanapong)

CHON BURI: A South Korean woman was found dead on the ground at the base of a condominium building in Pattaya in the early hours of Tuesday.

The body of the woman, aged 25-30 years, was found lying behind a black car parked near the building on Pattaya Sai Song Road, in Bang Lamung district, around 2am.

Khanapong Meela, 39, a security guard at the condominium, told police he heard a sound like something hitting the ground outside the building. He hurried to check it out and was shocked to see the woman lying unconscious on the ground. He called police.

The man assumed she had plummeted from the building above, but did not know which floor she may have fallen from.

Police investigators had yet to conclude whether it was an accident, a suicide or murder.

A clump of hair found about one metre from the body was collected as evidence.

The officers were examining closed-circuit television footage and awaiting the results of a post-mortem examination. The clump of the hair would be examined to find out whether it belonged to the woman or not, police said.