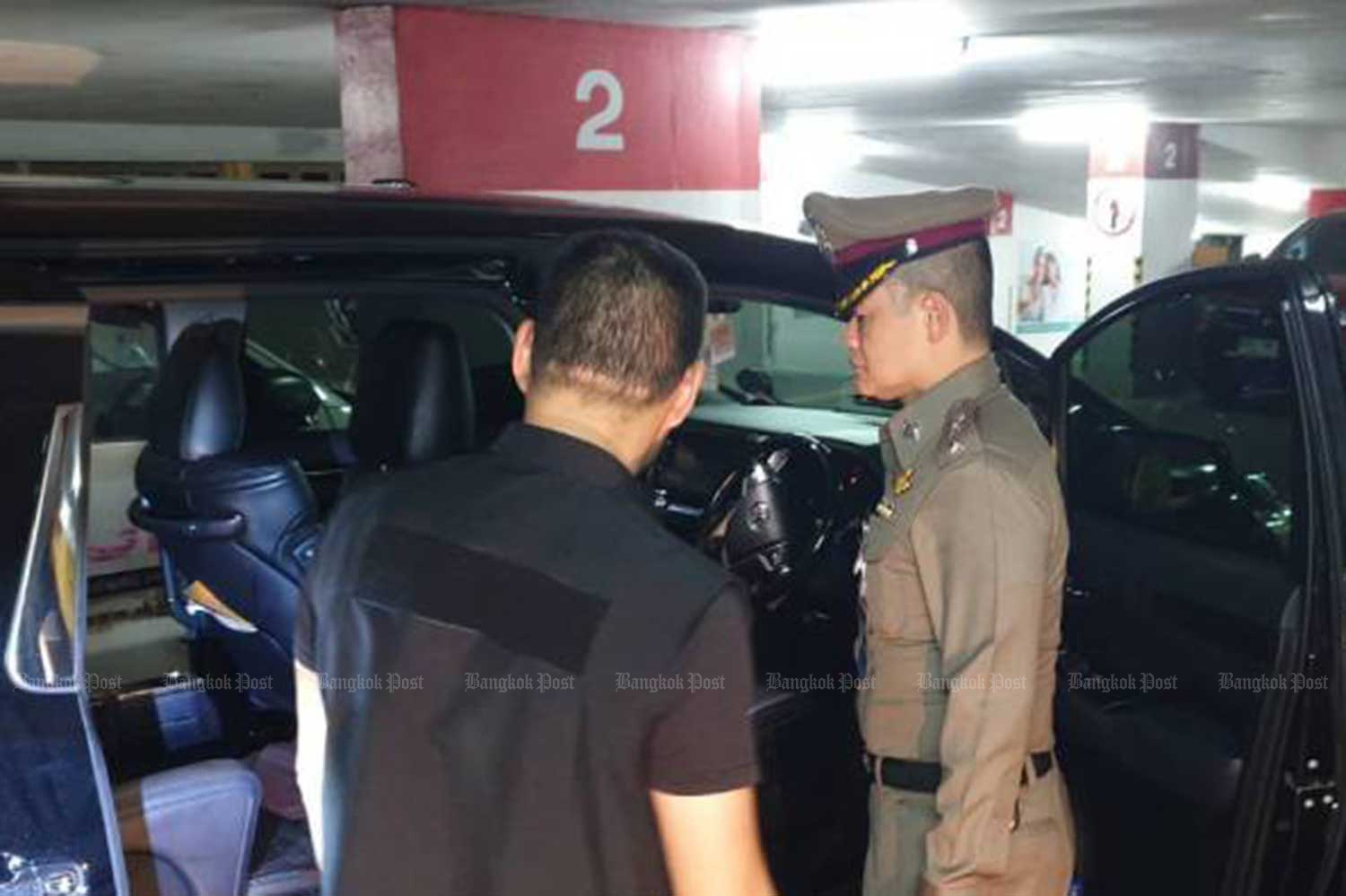 Police examine the car where a woman was fatally shot while her Chinese boyfriend was playing around with a friend's gun, on Rama 3 in Bangkok on Monday night. (Photo taken from www.workpointnews.com)

A Chinese visitor playing with a business friend’s pistol after attending a party allegedly fired a shot that killed his 23-year-old girlfriend in a car on Rama 3 Road in Bangkok on Monday night.

The victim, Zhan Anting, was hit in the chest by a bullet from a 9mm pistol and died shortly after in Nakornthon hospital.

Police called to the hospital found her Chinese boyfriend, identified as Zeng Ventao, 53, in tears outside the emergency room. He was drunk, according to Thai media reports on Wednesday.

Wichai Maneekitikun, 44, vice president of the Thai-Chinese trade and industry association and a friend of the Chinese couple, told police he was driving them home in his Toyota Vellfire after attending a party with friends at a hotel in Pathumwan.

En route to the couple’s condominium on Rama 3 Road he pulled over to urinate at the roadside. He heard a gunshot from inside his car, rushed back and found that his woman passenger had been shot.

Mr Wichai said the woman's companion was drunk and had found a pistol kept in a compartment on the second row of seats, taken it out and played with it. The gun fired and a bullet hit the woman in her chest.

The stricken woman was bleeding heavily and he rushed her to Nakornthon Hospital, Mr Wichai said. He admitted it was his gun.

Police took Mr Zeng and Mr Wichai in for questioning before deciding what charges to press.